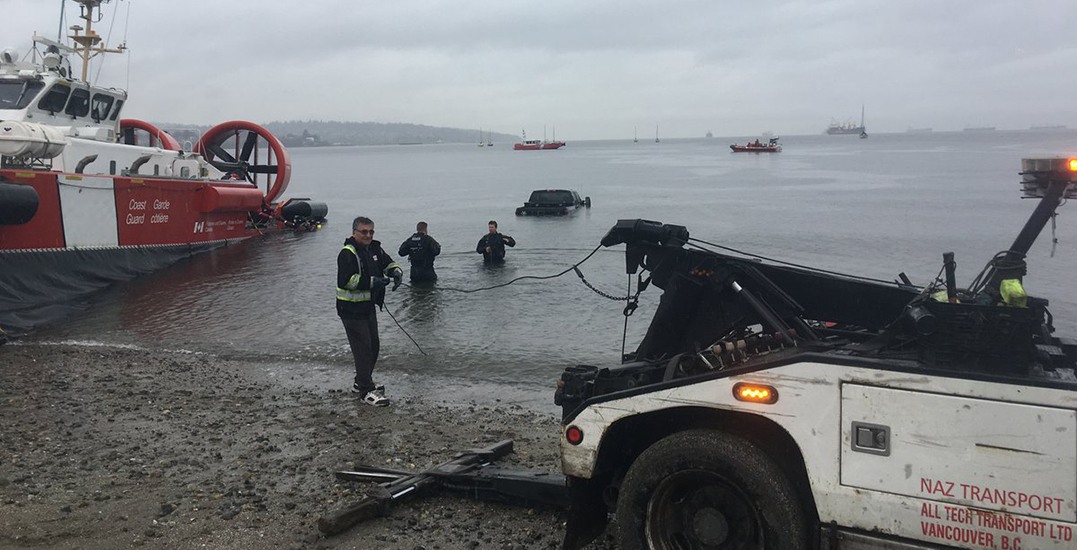 Vancouver Police are quickly working to discover how and why a stolen truck made its way to the waters of Kits Beach.

It was 12:30 in the afternoon, on Thursday, April 5, when a passerby spotted tire marks in the sand of Kits Beach. They lead off the sand and straight into the water, near the basketball courts.

Police arrived on the scene and were able to determine that the truck was unoccupied and had actually been reported as stolen earlier that morning. 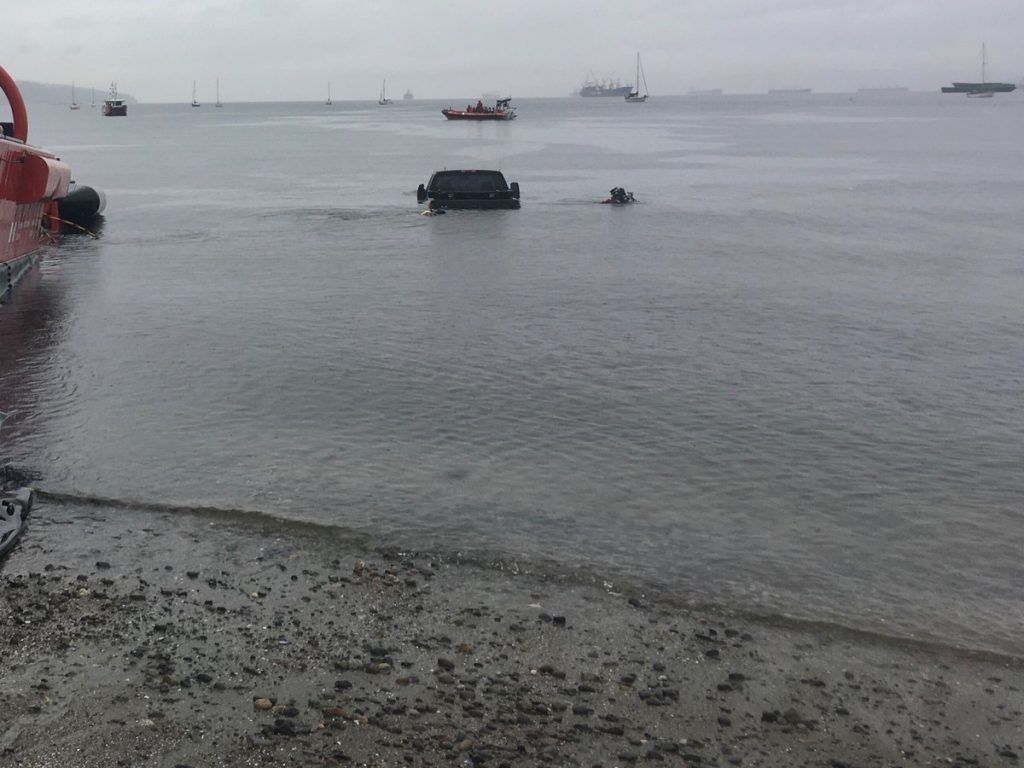 Vancouver Police officers are working in tandem with the Vancouver Parks Board and the Coast Guards to safely remove the truck from the water.