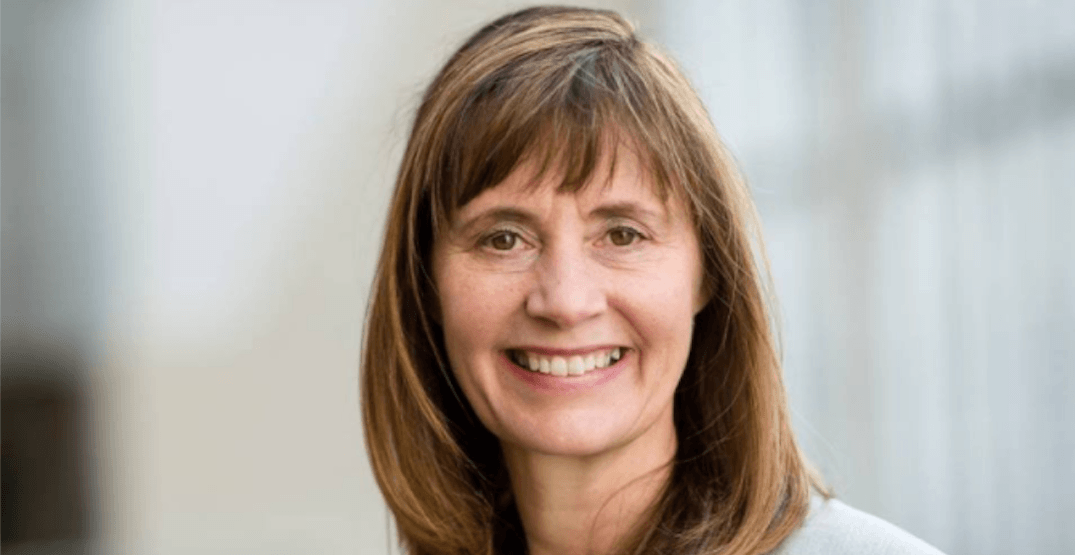 Shauna Sylvester has worn many different hats throughout her life.

Now, she hopes to add one more to her collection with an announcement that she is planning to run for the seat of Vancouver’s mayor in the fall municipal election.

“It is because of my love of Vancouver and the people who live here and call it home, I have decided to run for Mayor,” said Sylvester in her announcement.

Sylvester is currently the Director of Simon Fraser University’s Centre for Dialogue and Co-Founder and Senior Advisor of SFU Public Square.

She has led several dialogues on density, business development, transportation, and energy and she served as the lead facilitator for the Mayor’s Task Force on Affordable Housing in Vancouver.

Prior to leading SFU Public Square and Carbon Talks, she served as the Founding Executive Director of Canada’s World — a national citizen engagement initiative on foreign policy.

She has also written and edited several publications related to foreign policy, social, and environmental issues and has provided policy advice to governments and foundations on subjects as varied as climate change, human security, media, and democratic development.

From 1997 to 2006, Shauna co-founded and served as the first Executive Director of IMPACS, — the Institute for Media, Policy and Civil Society — a media and democracy organization that operates in Canada, as well as conflict and post-conflict zones around the world.

In addition to her international work, Sylvester is a current board member of Mountain Equipment Cooperative and has served on the boards of Vancity Credit Union, Vancity Capital, the Voluntary Sector Initiative, the BC Assessment Authority and numerous non-profit organizations.

In 2010, she was recognized by The Simons Foundation as a Peace Leader. In 2003, she was named one of Canada’s Top 40 Under 40 in the Globe and Mail after receiving a similar award from Business in Vancouver Magazine in 2000.

Sylvester’s announcement in full is below:

Today I announced that I would be running as an independent candidate for Mayor of Vancouver. Here was the speech I delivered:
Shauna Sylvester, Launch presentation

Good morning and thank you Swo-wo Billy for your generous welcome, Charles Montgomery for standing with me, and Renee Saklikar for your beautiful introduction. I also want to thank the many, many people who have brought me here and a very special thank you to each of you for joining me this morning.

All of us are here for one very simple reason: because this city is our home, a home we love and cherish.

My indigenous friends speak of the power, beauty and love of home – their unceded territory – with stories that reach back thousands of years .

Vancouver has been my home for most of my life. When I was a child, I remember my first hospital visit to St. Paul’s, it’s also where I brought my daughter into the world. I graduated from St. Patrick’s at Main and 11th, and I raised my family in East Vancouver where I lived for 30 years.
I worked at Woodwards when it was still a department store, for most of my 20s I worked on the West Side at Cypress and Broadway, I was at one of the first offices in what was then the new Yaletown in the ‘90s.

For the last 20 years I’ve worked two blocks from here in the Dominion Building and at Simon Fraser University’s downtown campus.

Vancouver is in my soul. The sound of ocean waves as they crash against the seawall. The sweet scent of cherry blossoms as you walk down E. 20th The smell of rain on the pavement at English Bay after a hot summer day. It’s emotional.

But most of all, it’s the people. Our excitement at the future. Our concern for each other’s well-being. Our determination to leave this a better place than we found it.

Each time I leave this city, I can’t wait to come back. It is where I feel most grounded.

So it is because of my love of Vancouver and the people who live here and call it home, I have decided to run for Mayor.

There is so much that is great about this city. And so much that we do well –
Our streets are clean, our water is safe, our parks and community centres are magnificent.

We have a vibrant arts community, a dynamic startup sector, a thriving business community, and the most engaged citizens any city could hope for.

But we have challenges…big challenges that we need to address.

My daughter Rowan can’t afford to live in Vancouver. A few weeks ago, I sat talking to a group of young people about housing. I asked them how many will still be here in two years? 15 out of the 16 said they would be leaving Vancouver because they couldn’t afford to live here. My heart sank. Our city isn’t our city if our kids can’t live here.

I am fourth in a family of five children. We are very capable of advocating for our needs yet, it took five years of constant attention to get appropriate housing for my mother, who suffered from Alzheimer’s. What happens to our seniors who don’t have advocates working on their behalf? What happens to our seniors who don’t see any viable or affordable housing options? Our city isn’t our city if our parents do not feel wanted and cared for here.

Three years ago, when I could no longer find a place to live in the Commercial Drive area, I moved to the West End. I love my new neighbourhood. It’s diverse, vibrant and prosperous. But just last month, I noticed four more businesses closed down because the rents were too high. My hair stylist Darius tells me that he pays over $4,000 a month for 600 square feet off Denman Street. To stay on top of all of his bills, he works 7 days a week,…12 hours a day. Our small businesses are the lifeblood of our commercial streets. Our city isn’t our city if small businesses can’t thrive here.

A year ago, I was shocked to learn a brilliant, community leader, a man who supported others who suffered mental health issues, had his own private struggle with mental illness. When Michael could not get the drugs he needed through a pharmacy, he purchased a medication on the street. The medication was laced with fentanyl, and it killed him. It drove home what people, on the front lines of healthcare have been telling us for two years. That this is not an opioid overdose crisis. We have an opioid poisoning crisis in this province.

People are dying on our streets and in their homes. It’s devastating our families, stressing our resources and creating trauma for our first responders. Our city isn’t our city if the people who live here, especially those who suffer from an illness, aren’t safe here.

So as much as I love this city, I know we have some big challenges to overcome.

I want to be your mayor because I’ve spent my life working with people to solve problems. It’s what I do. And I have a track record of successes.

I believe Vancouver needs a leader who can build bridges across differences, bring people together and get them working together to solve our housing, affordability and equity problems. That is why I am running as an Independent candidate for Mayor.

In my big extended family, my mother was the maternal glue. She loved people and she loved community. She hosted so many celebrations with so many different people around her dinner table because she didn’t want people to feel alone or isolated. She was my model of a community builder.

When she started to get sick, I stepped into her role in our family.

Today I’m wearing this piece of jewelry that my father gave to my mother the year I graduated from high school. It was carved by Haida artist, Donny Yeomans. I’m wearing it because I want to channel my mother’s energy, her caring, her inclusiveness.

Today I’m asking you to vote for me as mayor, because I’m experienced in bringing people together to address tough issues like housing, transportation, jobs and the economy.

I am my mother’s daughter. I am a community builder, a problem solver and a fierce advocate.

And together with you, we will renew our city – for our children…for our parents… …for those who are sick and for those who are thriving. And we will continue to build our diverse and prosperous economy within a healthy environment and safe, connected communities.

This is our city – this is our home. We belong here – together

On October 20 I ask you to vote for me as your mayor.