Vancouver Police are seeking help from the public to track down a sex offender who has not returned to his residence.

Richard Darren Rondeau failed to return to his halfway house on the night of Wednesday, May 23. According to Corrections Canada, he has been assessed with a high-risk to re-offend. 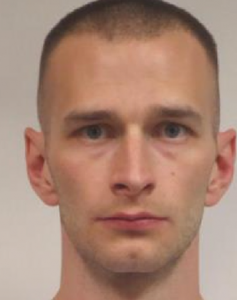 Rondeau is in the midst of serving a five-year-and-10-month sentence after multiple convictions related to sexually assaulting a 17-year-old girl he met at a party in Winnipeg in 2011.

Some of the convictions include uttering threats, causing death or bodily harm, overcoming resistance by choke and assault, and forcible confinement.

The 33-year-old male is described as being 5’8″ tall and 165 lbs, with blue eyes and very short brown hair.

Anyone who sees Richard Darren Rondeau, or who has information about his whereabouts, is asked to call 9-1-1 immediately.