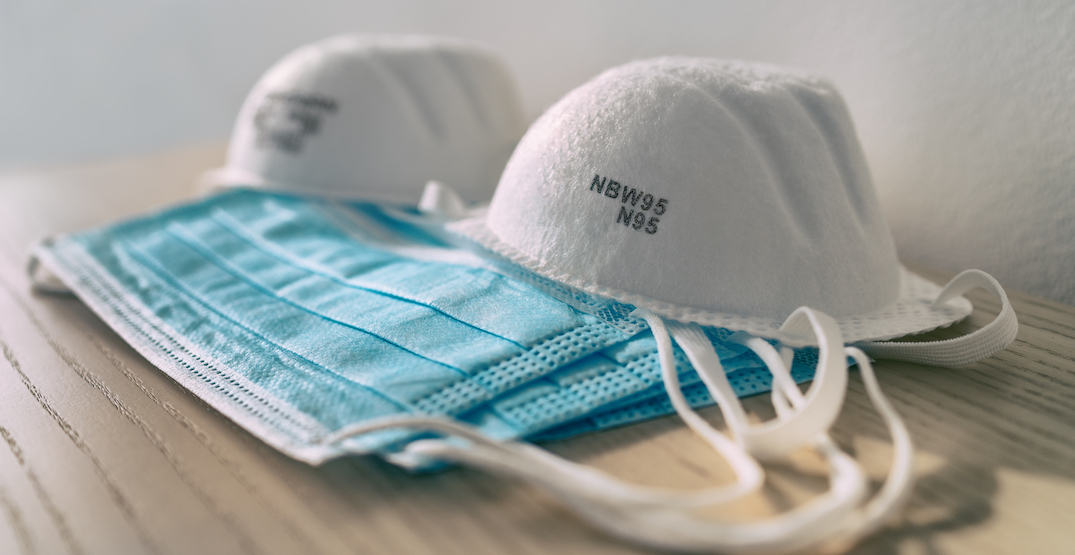 According to a statement from the VPD, it’s believed that 28-year-old Jesse Coutlee broke into a storage area at the Terraces on 7th, an independent and assisted living facility in the South Granville area.

Police say that more than 6,000 masks were stolen during this incident. Coutlee is allegedly seen on surveillance video loading the stolen boxes onto a black sedan, assisted by an unidentified male suspect.

It was later discovered that the two men were selling the stolen PPE through social media.

“Healthcare workers are on the front line of this pandemic and they are putting their lives at risk every day. Having this vital equipment taken from them is very upsetting and frustrating,” said Constable Tania Visintin of the VPD.

Law enforcement say that charges of break-and-enter and possession of property obtained by crime were approved against Coutlee. Police have recommended charges against the second suspect, who remains unnamed.

Anyone who sees a crime in progress or suspicious activity is reminded to call 9-1-1.