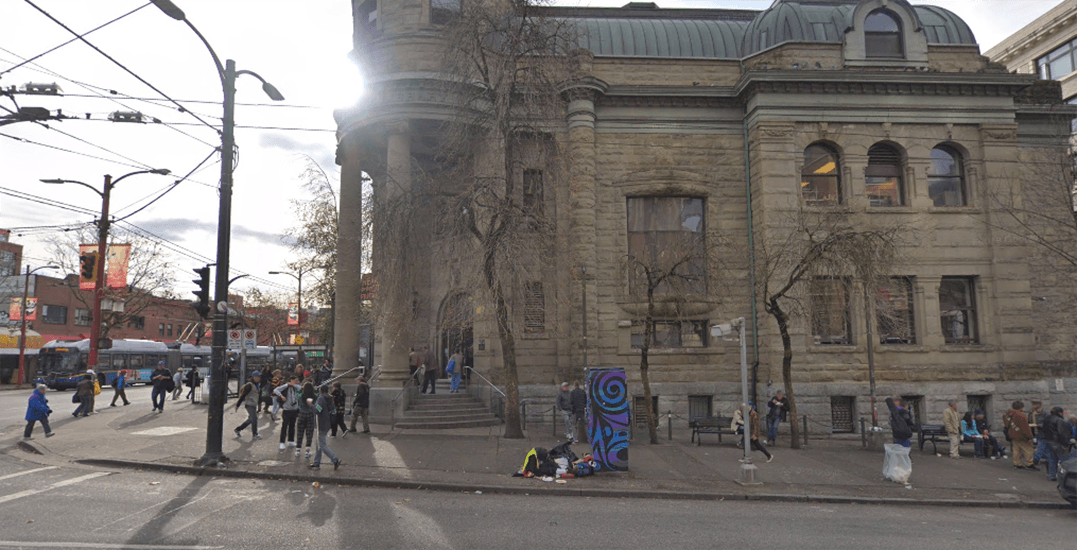 Police are investigating after an alleged assault took place over the weekend.

On Sunday, April 28, just after 11 am, members of the Vancouver Police Department (VPD) were notified of an injured man inside the washroom at the Carnegie Centre.

The community centre is located near Main Street and Hastings Street on the Downtown Eastside.

Upon arrival, officers say they discovered a man in his 50s with serious injuries. He was quickly transported to the hospital and remains there in critical condition.

He’s described as a 52-year-old Asian man with short, dark hair, and a short, slim build.

“Investigators are trying to piece together the circumstances that led to this man injuries,” says Sgt. Jason Robillard of the VPD. “ The evidence collected so far has led detectives to believe that the injuries sustained by the man were the result of an assault.”

Anyone with information is being asked to call detectives in the VPD’s Major Crimes Section at 604-717-2541.