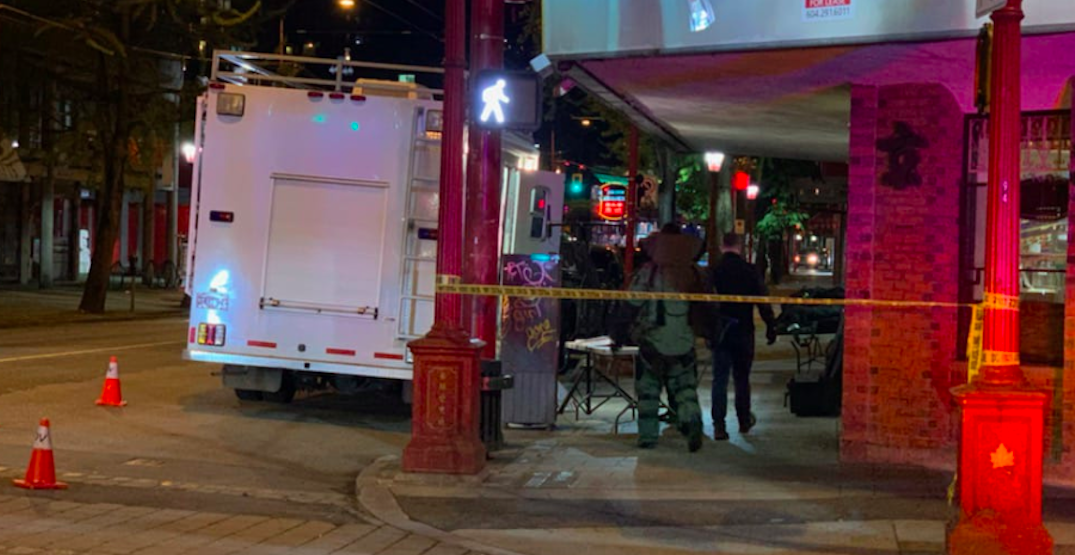 According to VPD Sgt. Aaron Roed, the incident began when officers conducting a traffic stop spotted “what appeared to be fentanyl” in plain view inside a car.

During a subsequent search of the vehicle, officers found what they suspected to be an improvised explosive device. Specialists with the VPD’s Emergency Response Section were called and worked to safely dispose the device.

Roed said officers secured the area to protect the public and then used various tools, including a specialized robot to properly disable and dispose of the device.

“This was excellent work by our frontline patrol officers to identify a dangerous situation and safely secure the area,” said Roed. “Their actions, along with the response from our highly-trained Emergency Response Section members, ensured no one was injured and the device was destroyed.”

The overall response effort “took several hours for officers as they worked meticulously to protect the public and ensure the safety of their colleagues,” said Roed. “They were able to use specialized tools, like a robot, that limit risk to our members in situations like this.”

A 25-year-old Surrey resident was arrested for unauthorized possession of an explosive device in connection with the incident and taken to jail in Vancouver.

He has been released with no charges at this time, but police said the investigation is continuing.