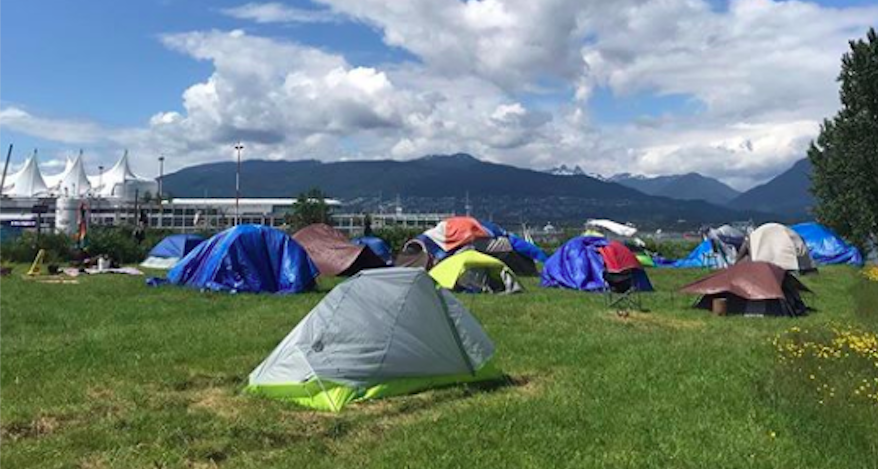 Vancouver police moved in on a homeless camp near Crab Park Tuesday morning, acting on a BC Supreme Court injunction obtained by the Vancouver Fraser Port Authority (VFPA) which owns the property where the camp is located.

According to VPD Sgt. Aaron Roed, police arrived at the site at about 6 am, and are “continuing to work with individual campers to get them to abide by the court order.”

He added that the VPD’s Indigenous Protocol Officer is also on site, providing support to VPD members and campers.

Police said that in recent days, campers have broken into an adjacent (VFPA) property that was locked and secured, and officers are continuing to work with campers to vacate those secured areas as well.

“This morning, police informed those campers that the break-in and their presence in that area could result in mischief charges,” said Roed.

As it happened, one person was arrested for mischief but was released a short time later with no charges.

In his decision to grant the injunction to the VFPA last week, Chief Justice Christopher Hinkson wrote that “the lands in question are not and have not been available for unlicensed public use,” and that Port Authority is entitled to the use of its land.

Further updates on the situation are expected to be released later this afternoon.