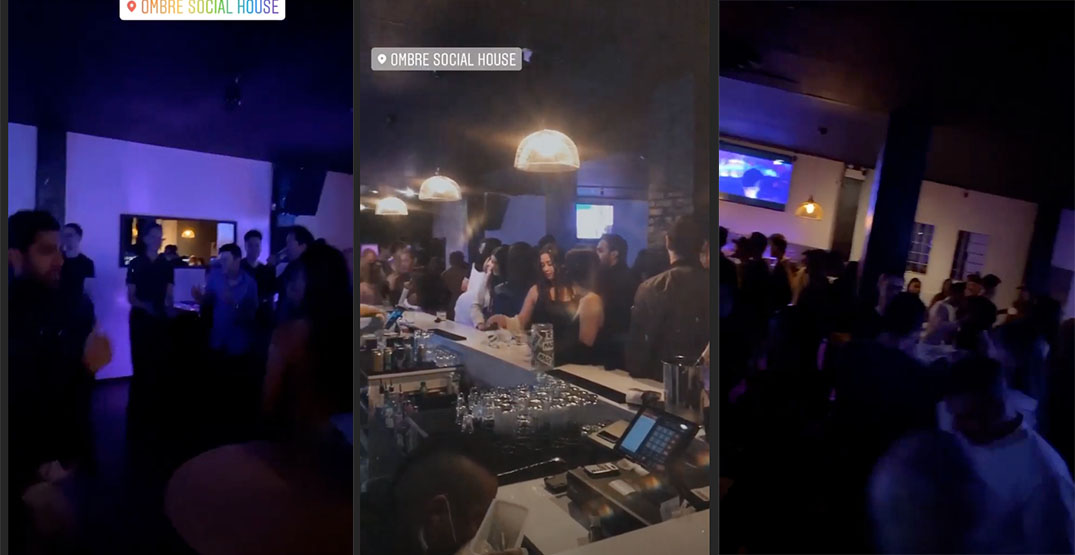 Downtown Vancouver looked a little closer to its pre-pandemic self Saturday night, as lineups of people waiting to get into popular bars bulged from doorways, and friends settled around patio tables to share late-night boxes of pizza.

Many of Granville Street’s nightclubs remain shuttered, and the nightlife scene is nowhere near where it usually is on a weekend in June. But several bars and lounges are taking advantage of reduced restrictions to welcome people back for a drink while seated with their friend groups.

Just after midnight, a couple dozen people waited in a line snaking around the corner for a table inside the Hotel Belmont at Nelson and Granville.

The hotel’s Living Room restaurant and bar reopened in May with new rules adhering to public health guidelines, which include not allowing any groups larger than six people, and asking guests to stay at their tables as much as possible.

A Belmont spokesperson told Daily Hive they have stickers on the sidewalk to help people physically distance while waiting, and security staff help manage the line too. 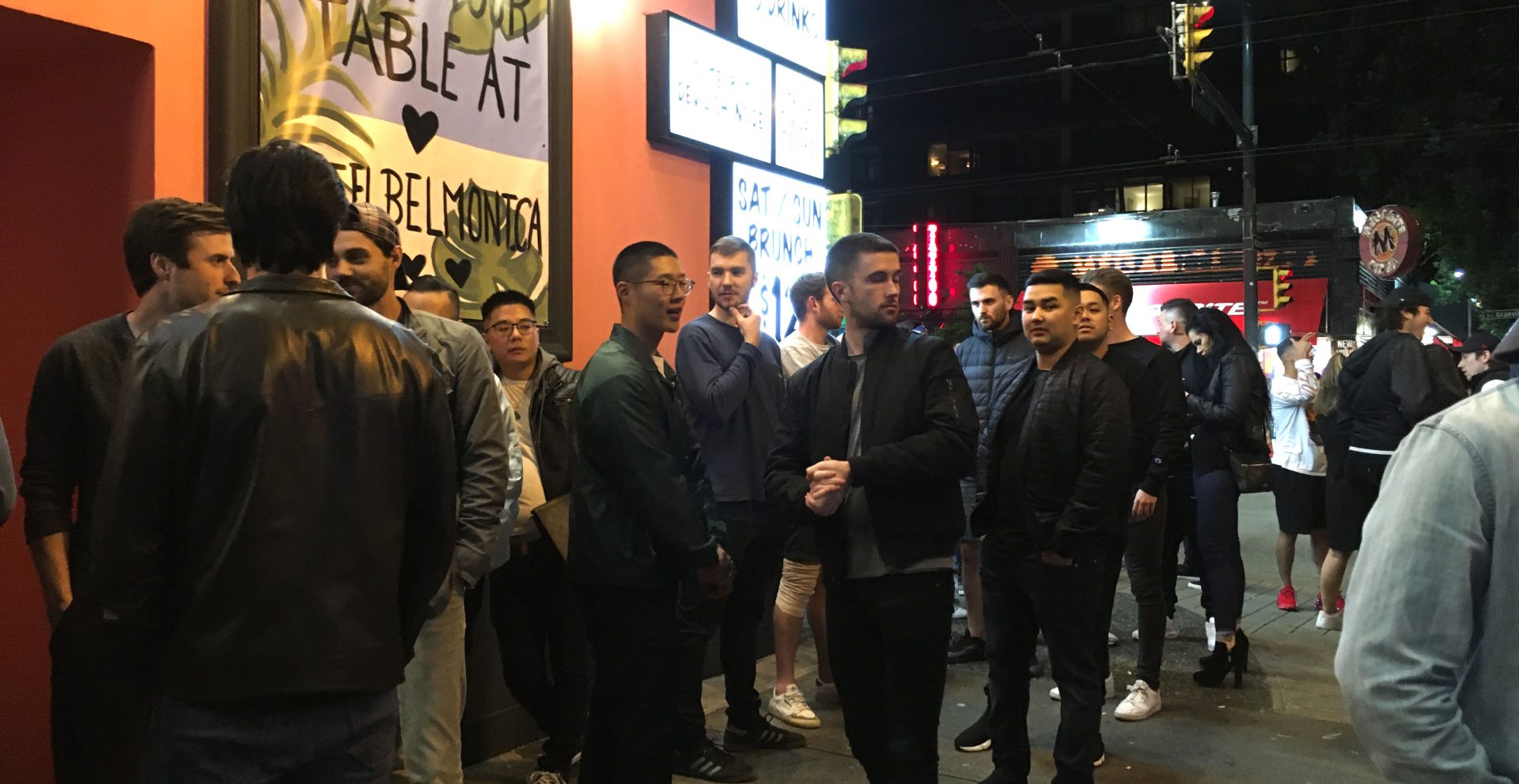 Down the street in Yaletown, a line of people also waited to get into Ombre Social House, which reopened this weekend, with a DJ starting at 9 pm. Instagram stories from inside the lounge showed people dancing and ordering drinks at the bar, similar to a normal night.

Daily Hive reached out to Ombre Social House asking what coronavirus precautions it had in place, but did not hear back. According to the current health order from Provincial Health Officer Dr. Bonnie Henry, food and liquor businesses are supposed to ensure customers can remain two metres apart while inside, and should put up signage helping them figure out where to stand.

“You must assess your premises for places where patrons may congregate or stand in line, and in those places, you must use physical devices, install markers or use other methods to guide and assist patrons in maintaining a distance of two metres from one another,” the health order states.

More nightlife spots are planning to reopen this month, including Granville Street’s Studio nightclub. According to a Facebook post from the business, its first night back on June 20 will have reduced capacity and be limited to bottle service only. Daily Hive has reached out to Studio for more information on the opening.

So, friends and family. We’re back and the party is on. We will reopen STUDIO next Saturday Jun 20th. It will be LIMITED capacity and bottle table service only. Book your table NOW @778-891-7644.

Liquor-primary businesses in BC were all ordered to close on March 17 because of the pandemic. Bars and restaurants were only allowed to welcome people back starting on the Victoria Day long weekend in May.

Dave Kershaw, owner of Cabana Lounge on Granville Street, told Daily Hive his section of the strip is still “ghost town-ish.” Cabana is approaching its three-month anniversary of being shut.

Kershaw’s promotors are busy surveying regulars to see if they’d be interested to come back if 100 people were permitted in the club and there was no dance floor — only tables. He doesn’t know whether people will bite.

“A big part of why people come out to a nightclub or a lounge is to meet people,” he said. “Maybe make new friends or connect with [someone romantically].”

In the meantime, he’s cancelled his insurance and is relying on the government rent relief program help with the $28,000 he pays his landlord every month.

“We don’t have a kitchen. We’re a nightclub. We didn’t have any way to generate even 10 cents of revenue,” he said.

Restaurants and lounges in Yaletown are attracting more guests right now because their business model allows people to stay distant with their own friends at separate tables, Kershaw said.

He hopes that government relief programs will tide his club and others over until physical distancing restrictions lift. He believes the nightlife scene is important for Vancouver’s economy because it provides thousands of jobs, and makes the city fun for both locals and tourists.

“I think a lot of people are getting a bit stir-crazy,” he said. “Getting out to restaurants has been one thing. But we offer a different experience.”