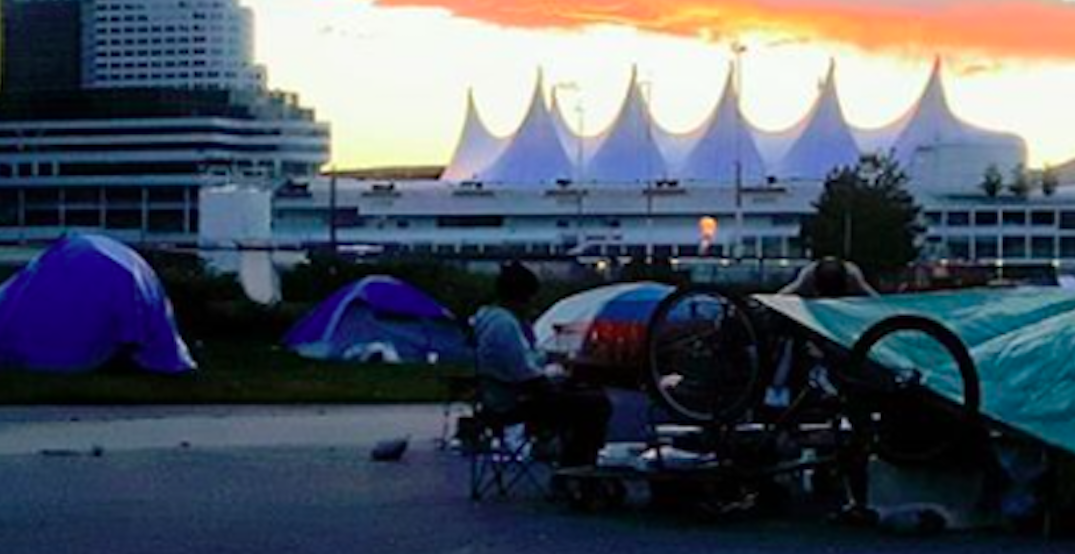 A group of homeless campers who set up in Vancouver’s Crab Park were given 72 hours to pack up their belongings and leave this week, after Vancouver Fraser Port Authority (VFPA) ruled in favour of injunction filed by the Vancouver Port Authority – whose jurisdiction the park falls under – to have them removed.

In his decision on Wednesday, Chief Justice Christopher Hinkson wrote that “the lands in question are not and have not been available for unlicensed public use,” and that Port Authority is entitled to the use of its land.

“The encampment here is in an urban area,” he wrote. “I have evidence of a relatively modest number of individuals at the encampment, but some suggest that the numbers could swell.”

The campers, he added, “have no apparent means of indemnifying the plaintiff for any restoration, maintenance, or supervisory costs associated with the property. In my view this amounts to irreparable harm.”

In addition to the 72-hour window for residents to leave, Hinkson laid out a number of other terms, which included the following:

In addition, he ordered the police “retain discretion to detain and release any person without arrest who the police have reasonable and probable grounds to believe is contravening or has contravened any provisions of this order.”