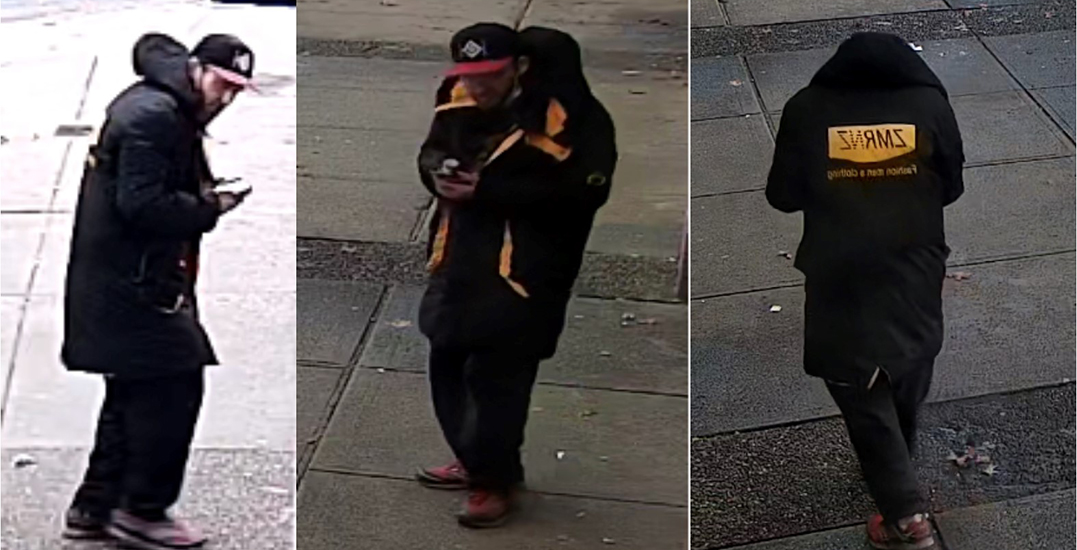 On November 5, a suspect stole a car from the Downtown Eastside with a mother and baby inside the vehicle (VPD)

A vehicle was stolen in downtown Vancouver last week while a mother and baby were asleep inside.

The Vancouver Police Department (VPD) says that the incident occurred on November 5, just before 3:30 pm in the Downtown Eastside.

A man parked his vehicle near Keefer and Abbott streets and went to a nearby grocery store.

“His wife and three-month-old baby remained inside the vehicle while napping,” VPD says in a statement. “It was during this time the suspect got into the unlocked driver’s seat of the vehicle and drove it to Science World as the mother and her baby slept.”

When the woman awoke, the suspect got out of the vehicle and fled before police could be called. The suspect was last seen near Quebec Street and National Avenue.

“For a suspect to steal a car while it was occupied with people is exceptionally bold,” says Constable Tania Visintin, VPD spokesperson. “Thankfully, the woman and her child were physically uninjured and none of their belongings were taken.”

The suspect is described as white and between 25 and 35 years old. At the time of the incident, he was wearing a black, three-quarter-length winter coat with yellow trim and a black and yellow logo on the back. He also had black pants, brown shoes, and a black hat with a red brim.

“We need anyone with information, or anyone who knows this suspect, to call us immediately,” Visintin adds.