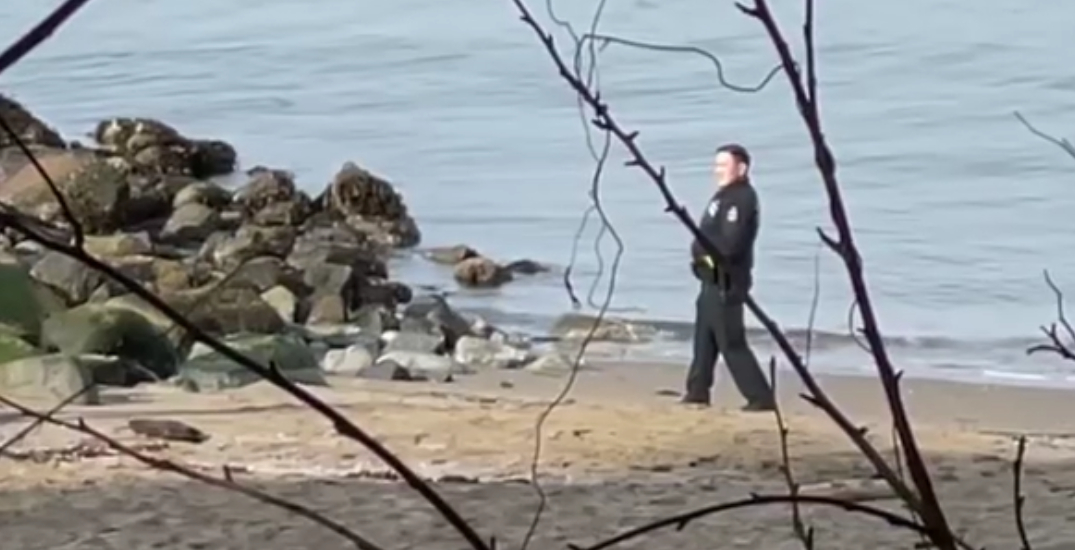 Two Vancouver police officers who were caught on video posing for pictures next to a dead body earlier this year were suspended without pay, according to the Office of the Police Complaint Commissioner.

The two men allegedly took photos next to a body that washed up on Third Beach in February. They were filmed by a witness who asked if the mass was a deceased person, to which one officer responded, “Yeah.”

The officers were holding the scene until the coroner arrived, although the death was not deemed suspicious.

Neither the OPCC nor the Vancouver Police Department would say how long the suspension was or when the two officers went back to work.

Initially, the two men were moved to desk duty.

“I can tell you that the VPD does not condone, and strictly prohibits, officers taking photographs without an authorized purpose,” the VPD’s director of public affairs, Simi Heer, told Daily Hive in February.

“We expect all of our officers and civilian professionals to act in line with the values of our organization, including integrity, compassion, accountability, and respect.”