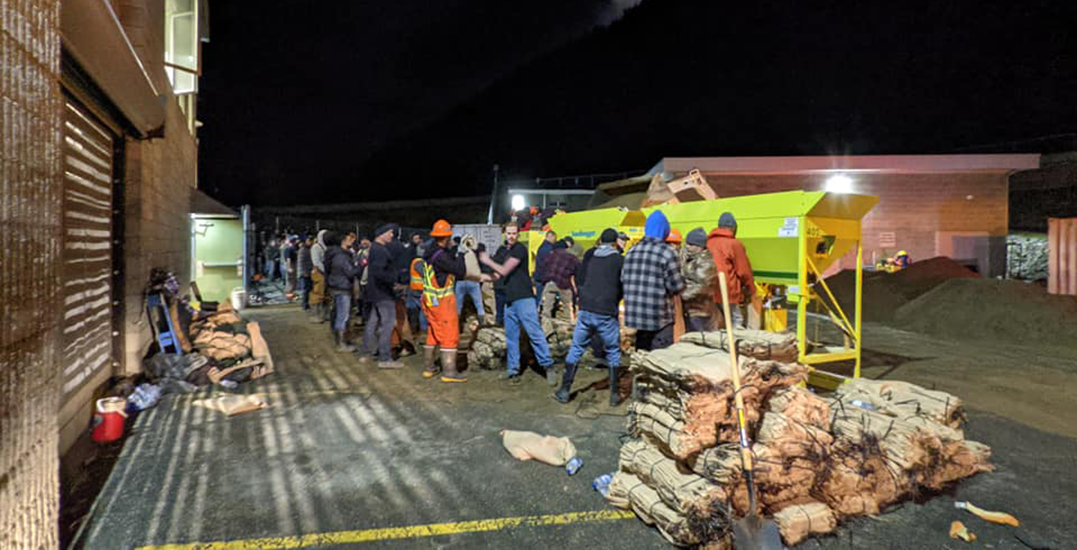 Abbotsford Mayor Henry Braun has shared his thanks to hundreds of volunteers that helped save the Barrowtown Pump Station overnight.

On Tuesday evening, the City of Abbotsford warned of a potentially catastrophic event that could occur in the Sumas Prairie. The Barrowtown Pump Station, which serves as a critical piece of infrastructure, was failing and prompted the City to issue an emergency alert.

The pump station ensures that Sumas Lake doesn’t reform. According to the City, “with the failure of this key piece of infrastructure, water within the Sumas Prairie will not be able to be pumped out and water from the Fraser River will begin entering the already flooded Sumas Prairie area.”

Braun explained that overnight, volunteers, staff, and contractors were able to build a road to access the Barrowtown Pump Station and then a dam to protect the pump and buy the city more time. 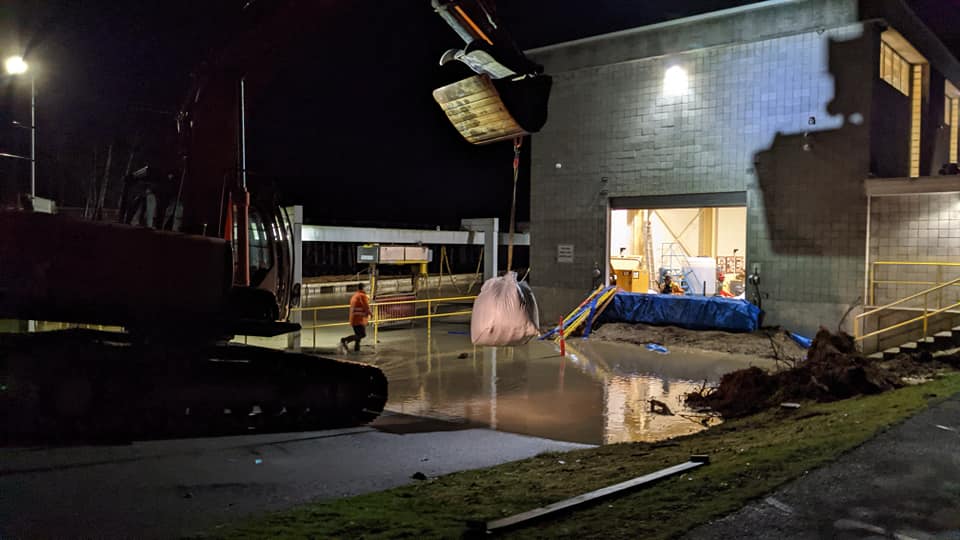 “I want to thank the volunteers who came out,” he said. “I think there were roughly 300 people. Retired firefighters, retired army personnel, contractors, volunteers, mostly I think from the Chilliwack side. But I’m sure that there were also farmers in that mix.”

Thank You! Through the night, many volunteers, staff, contractors and our partner organizations were able to build a dam to protect the pump station and buy us some time. #strengthincommunity ** Photo supplied by @BCRCMP’s Air 1 police helicopter pic.twitter.com/CNOwP0bWKF

RCMP's Air 1 Helicopter has provided a photo of the Sumas Prairie taken this morning. This is an example of the current conditions. pic.twitter.com/T4lvGyIUhm

Images and videos posted on social media show countless individuals piling up sandbags as a means to protect the pump station.

“I know some of them, I don’t know all of them,” Braun continued. “But I want to thank each and every one of you for doing what you did and coming to assist our staff who came up with a plan that would buy us some more time.”

“Eventually, I will find out who you all were and I will personally thank you. But for now, on behalf of the city of Abbotsford and its residents, thank you for coming and aiding us through the night.”

The Mayor added that overnight, 184 residents who could not safely evacuate the Sumas Prairie were rescued by water and air. Individuals are continuing to be evacuated as needed and an aerial assessment of the area is currently underway.

He also added that it was the City’s decision to not activate the provincial alert system.

“I want to be very clear here,” he stressed. “It was our decision not to activate the provincial alert-ready system for the whole city of 162,000 people at that time, as we wanted to directly contact the 300 people who live in Sumas Prairie. And those 300 people all know there’s an emergency by just looking outside of their window so we didn’t want to alarm the whole city.”

“I am in continuous contact with government leaders and appreciate their offers for full support as we continue to address this emergency and our recovery, which is to come. The safety of Abbotsford residents remains everyone’s priority.”