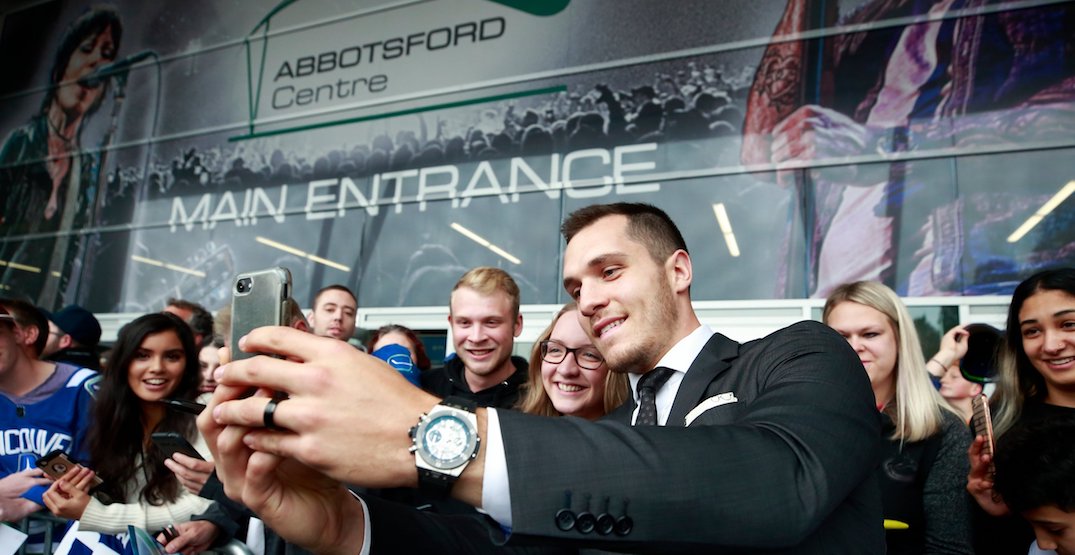 The news that the Vancouver Canucks intend on bringing their AHL affiliate to Abbotsford has created a buzz with fans, with the opportunity to see the young guns of the Canucks organization on a nightly basis.

Off the ice, it may also provide an opportunity for local broadcasters to get their shot back on the airwaves.

I’m already hearing talk that a couple of radio stations are looking at what airing games could mean for their organizations, and whether they are a fit for the Abbotsford franchise.

A Rogers-owned station seems like the logical choice, given the corporation owns the Canucks television and radio broadcast rights, with a myriad of stations locally that could host games when there is a conflict with another broadcast on Sportsnet 650. Rogers has four radio stations based in the Fraser Valley as well, including two each in Abbotsford and Chilliwack.

As for broadcasting games, typically in the AHL the play-by-play role entails not only calling games but also handling the media relations side as well. Michael Lehr currently calls Comets games back in Utica and plans to staying with organization, now affiliated with the New Jersey Devils.

With that in mind, a few names have already started to pop up for contention for the broadcast crew that fit the bill, including Joey Kenward, Jon Abbott, Dave Sheldon, and Dan O’Connor.

Kenward, who currently works for Sportsnet 650, has called both Canucks and Giants games in the past, and filled in for Canucks radio voice Brendan Batchelor this season as well.

Abbott was the voice of the Canucks for a number of years on TSN 1040 before Bell Media lost the radio rights. He also called AHL games for the Toronto Marlies prior to moving to Vancouver, and still calls some hockey games on television for TSN.

In Sheldon, the AHL franchise would see someone who had already been a part of the radio broadcasts in Abbotsford when the Heat were in existence. He has also called Giants games. Sheldon also currently works for Canucks Sports and Entertainment as a team operations manager for the Vancouver Warriors. Being in house and potentially holding down a few roles within the organization could give Sheldon an advantage.

O’Connor has called the action on Giants broadcasts on radio since 2017, to go with his media relations role. He previously did play-by-play for the Prince George Cougars.

Others who are currently calling games in the WHL and BCHL could be in consideration for the gig, dependent on salary scale.

In the American Hockey League, most teams have a colour analyst for the home broadcasts only, which could fit perfectly for Dave Tomlinson, who is a name that has popped up as a possibility. Having been in the role on TSN 1040 for Canucks broadcasts, he’s already tuned into broadcasting and can also share his experiences as an AHL player trying to break into the NHL.

Regardless of who gets the role, the exciting opportunities that will undoubtedly open up will give someone the chance to either call the action again or give them their big break. While the broadcasting world is seemingly shrinking, this news is welcoming.