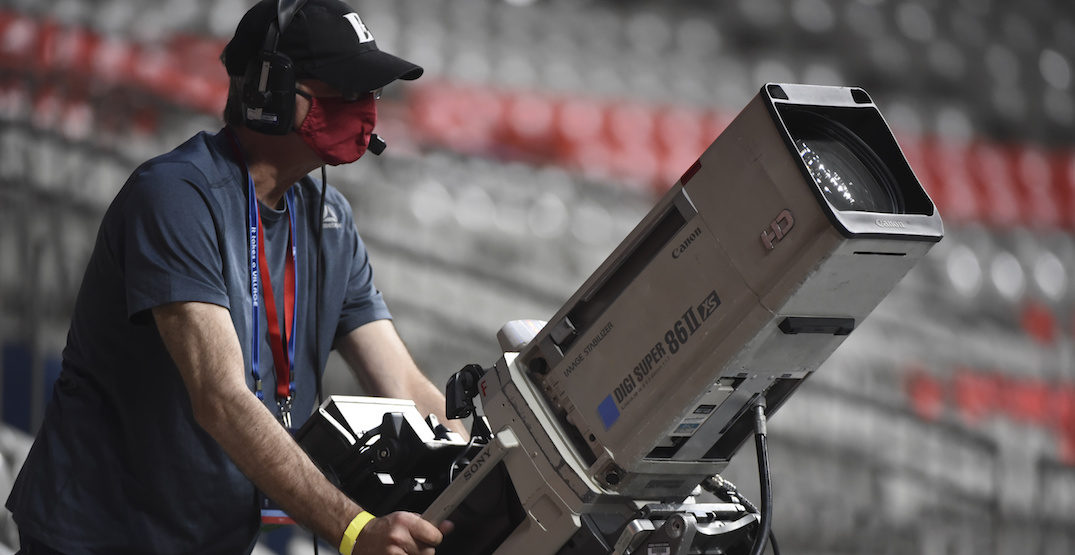 The deal also includes new Whitecaps programming on CKNW, including a weekly coaches show, as well as content and promotion on Corus Entertainment’s FM stations, CFOX and Rock 101. On the television side, you’ll see more Whitecaps content on Global TV and Global 1.

The deals settles shortly before the Whitecaps kick off their 2021 season. Corey Basso and Colin Miller will both be back to call the action, making the move from TSN 1040 to Corus.

Taking a step back, the agreement is actually a better deal for the ‘Caps than they had at TSN Radio in Vancouver, which went off the air in early February. It also makes sense from Corus Entertainment’s perspective.

In moving from TSN 1410, where Vancouver’s games were held more often than not, to AM 730, the ratings difference will be negligible. The ‘Caps are not a huge draw in themselves, but they do get the opportunity to keep their matches on the radio, something that wasn’t going to be found elsewhere.

As you might expect from a traffic station, AM 730 attains their ratings in the peak morning and afternoon drive slots. Ratings elsewhere on the station are minimal at best, so if they can spike ratings – at least a little — with the Whitecaps games, that could help the station ever so slightly. It’s not going to be a world changer, but it is a revenue opportunity.

In having weekly programming and specifically, a weekly coaches show with Simi Sara in the mornings on CKNW, the Whitecaps will gain an audience for that particular segment by six or seven times compared to its equivalent last season on TSN 1040. That type of coverage and reach is huge for a team that has struggled on and off the field in recent years.

Whitecaps head coach Marc Dos Santos will be tasked to be part-coach and part-salesman when on the radio for a different audience the team has been accustomed to. A Whitecaps guest on TSN 1040 in the past routinely elicited calls from listeners saying “can we get back to talking hockey please.”

“The Whitecaps are a ratings blackhole and we just can’t generate revenue,” a former TSN 1040 employee who dealt with Whitecaps programming told me before TSN’s demise. “If it wasn’t for a Bell sponsorship, we wouldn’t do the games and it’s something we are considering for 2021. We’ve considered not having the broadcast rights the last few renewals.”

The coverage the Whitecaps get with the other Corus brands will be geared towards the demographics they lose out on from TSN 1040, and they’ll get more listeners in doing so as both Rock 101 and CFOX each carry larger audience numbers than TSN 1040 and 1410 did combined.

The Whitecaps will miss out on the Virgin Radio and Move 103.5 audiences however. The female demo, as well as the younger audience in high school and through their 20’s, will also be diminished. The club can correct the younger demo however through social media platforms. That will be key.

Global TV content should be similar to what we were already seeing on CTV.

What about the Lions?

This deal between the Whitecaps and Corus Entertainment could also be a precursor to something between Corus and the BC Lions. The Lions are also looking for a new broadcast partner after the demise of TSN 1040, and CKNW would be a natural fit given the history between the two organizations.

Corus has been rumoured since February and having the Lions on a similar deal makes sense for both parties. While the Lions would surely prefer being on CKNW, the reality is more likely that games would be broadcast on AM 730, with programming also on ‘NW such as a coaches show. It would also makes sense to bring back Bob ‘The Moj’ Marjanovich and Giulio Caravatta as part of the broadcast team with such a deal.

Make no mistake, the demise of TSN 1040 was horrible, but it has given both the Whitecaps and Lions the ability to create new relationships and audience engagements. This deal is a good one for the Whitecaps and if the Lions produce something similar, good for them as well.