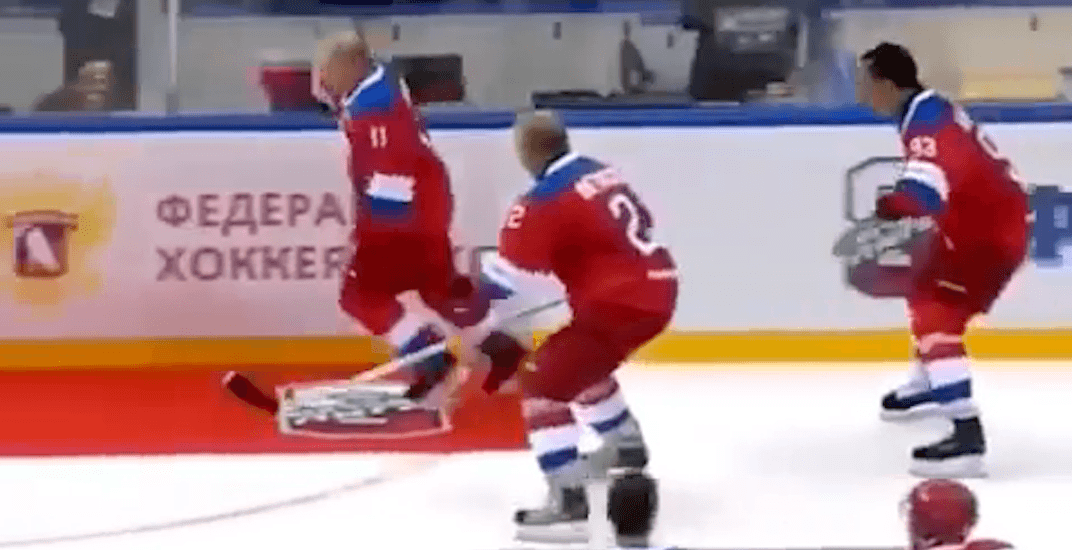 While Putin may not be the most skilled player on the ice, it helps that nobody dares to stop the 66-year-old. Watch the goalie’s pad lift up at the last second…

The Russian president’s output matched his goal total from the 2015 game. He scored seven times in 2017 and five last year.

But that’s not what people are talking about today.

Putin produced a great hockey blooper, falling flat on his face during a victory lap. As he waved to the crowd, Putin didn’t see the red carpet in his path.