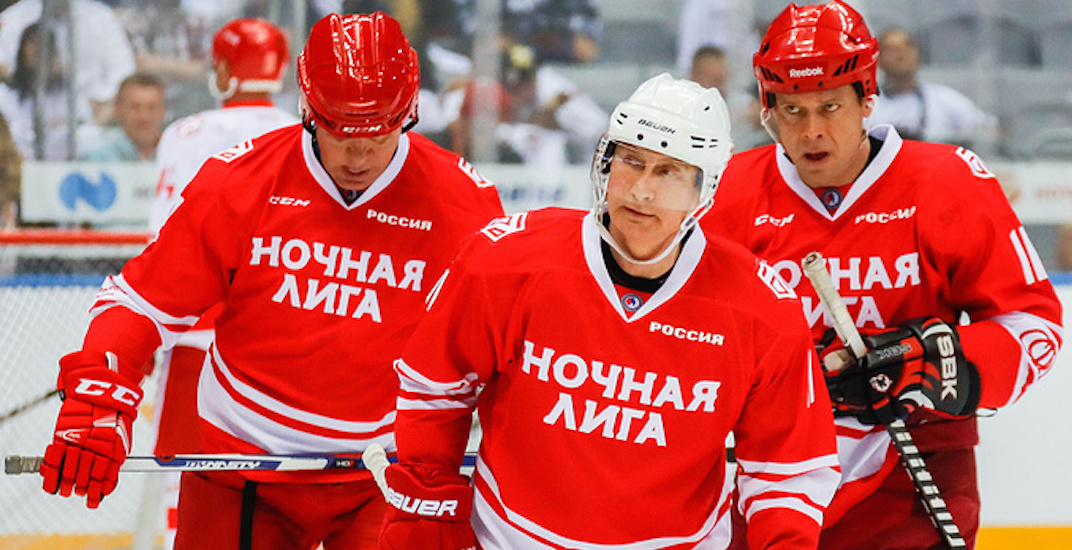 When your enemies are known to just “disappear,” you tend to get a little extra time and space on the hockey rink.

That appeared to be the case at the annual gala ice hockey game in Sochi, Russia, as Russian president Vladimir Putin scored five goals, helping his team to a 12-7 victory.

Playing on a star-studded roster of Russian hockey legends, Putin outscored them all. The list of players included former Vancouver Canucks winger Pavel Bure, as well as the likes of Vyacheslav Fetisov, Alexei Kasatonov, and Valeri Kamensky.

Bure and Kamensky appeared to play alongside the Russian president, which had to help his output.

This isn’t the first time Putin has, uh, dominated this game. The 65-year-old scored seven goals last year, and eight in 2015.

I mean, what goalie would dare stop him?

Putin didn’t steal all of the glory though, as Bure showed he still has some magic left in him. The Vancouver Canucks star looks like he could still play in the NHL. Now 47 years old, the Russian Rocket batted a puck out of mid-air for this beauty:

This isn’t the first time Bure has hung out with the Russian president, as the Hockey Hall of Famer has posted numerous photos of the two of them together on his personal Instagram page.