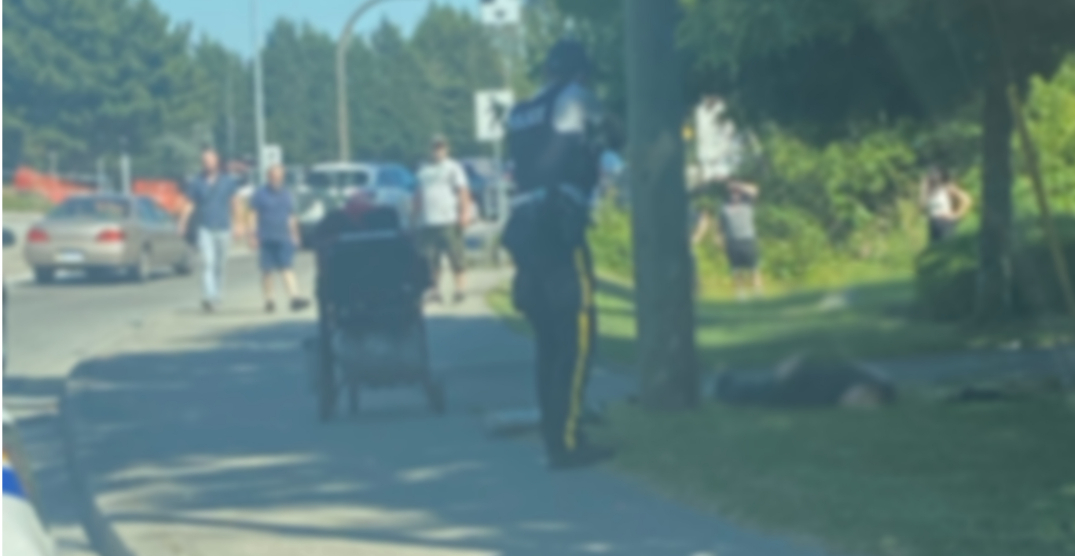 Mounties in Richmond are looking for witnesses after what they say was a “violent outburst” where cars were smashed and people were threatened along Steveston Highway around 4 pm on Wednesday afternoon.

In a release, RCMP say they “responded to reports that an irate male was smashing vehicles and threatening people near the on-ramp to Hwy 99 at Steveston Hwy.”

Photos and videos from the scene appear to show someone throwing a compressed air tank at vehicles.

“Upon arrival, frontline officers encountered an extremely irate man who threatened to use the metal tank as a weapon against them,” reads the release. 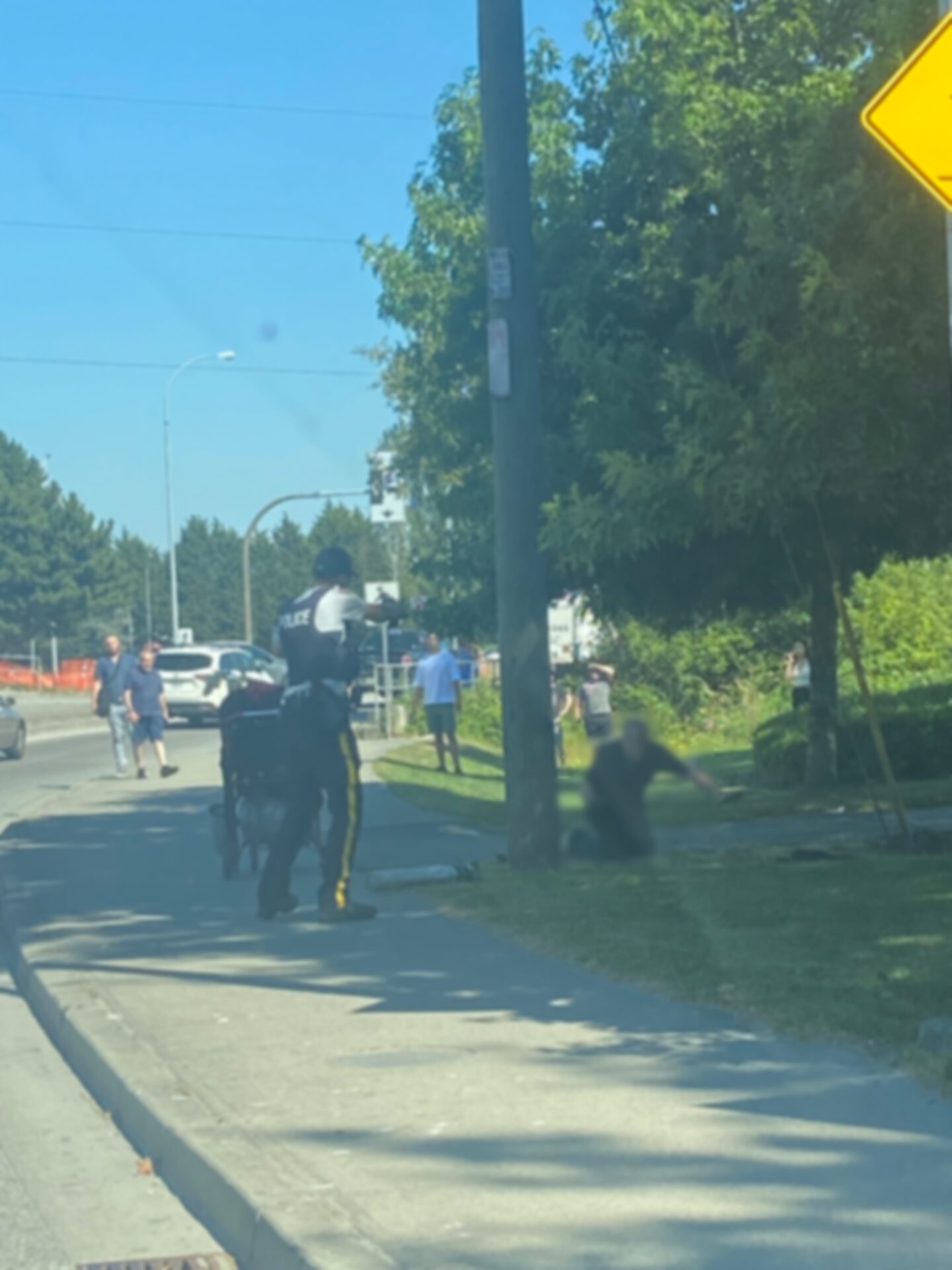 A 56-year-old man from Richmond has been apprehended under Section 28 of the Mental Health Act and transported to a local hospital.

Mounties say criminal charges may be considered at a later date.