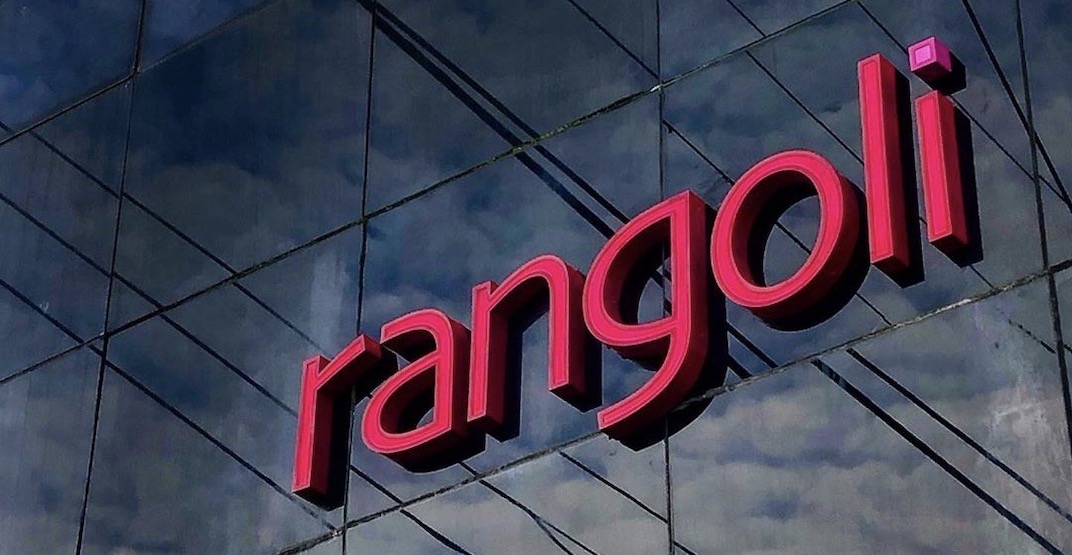 Rangoli, known for its casual Indian food and bespoke cocktail menu, first opened in 2004 in the space beside the already-established Vij’s Restaurant in South Granville, which opened in 1994.

Vij’s eventually moved to its existing address at 3106 Cambie Street and Rangoli moved next door, taking over the original address of its sister spot.

In a statement to Daily Hive, owners Vikram Vij and Meeru Dhalwala said they made the decision to consolidate Rangoli and its menu into the larger Vij’s location on Cambie Street as soon as they “understood the gravity of the social and economic impacts of COVID-19.”

In their joint statement, the celebrated chefs, restaurateurs, and TV personalities explained their choice, citing operating costs amid the pandemic and the aim to keep as many of its staff employed as possible.

“We’re focussed on having one strong, committed team in one location, serving both menus,” they said in the statement.

The culinary figures also shared some fond memories of being a part of the South Granville community over the past 25 years, including a surprise visit from the late Robin Williams.

“We give a respectful, loving, and memory-filled shout-out to wonderful South Granville.”

While we’ll certainly miss this gem, you can still enjoy both Vij’s and Rangoli’s eats via pickup and delivery by ordering online.

Here’s the full statement from Vikram Vij and Meeru Dhalwala:

As soon as we understood the gravity of the social and economic impacts of COVID-19 pandemic, we made the decision to consolidate Rangoli and its menu into the larger Vij’s location on Cambie Street. Our priority is to keep as many of our staff meaningfully employed for the long term, and to continue supporting as many of our local vendors as possible. Deliveries cost money and energy, so it’s more efficient to make bigger deliveries to a single location rather than smaller ones to different places. As we navigate our way through the pandemic, we need to be as proactive and flexible as we can. Physical distancing regulations will continue for some time, and that means smaller numbers of customers allowed in restaurants, continued reduced revenues, but with the same fixed costs associated with running a business.

We’re focussed on having one strong, committed team in one location, serving both menus. Once we re-open fully (we are currently open for take-out and delivery for both restaurants at Cambie Village – www.vijs.ca for links to menus and ordering), we will be serving lunch, take-out/delivery, and dinner. We will have fun and festive menus that reflect our 25 years of Vancouver Indian cooking, yet in-sync with new regulations and new financial situations for many people.

Vij’s has had a presence in South Granville for over 25 years and we could tell and write so many stories of the joys and adventures we’ve had. For the longest time, Vikram hardly recognized western celebrities and often didn’t know who he was telling “first come, first served” to. Many of our staff met their lifelong partners while working at Vij’s. We even have a video taken by a South Granville resident of Vikram and Mike (our GM) chasing down a man who came into our crowded lounge and stole a customer’s handbag. Our landmark memory from South Granville was when Robin Williams dropped in unexpectedly for dinner, and during his 1.5 hour wait, performed an hilarious impromptu show for those waiting with him. At some point, maybe 20 years ago, Vij’s lounge became our community cocktail party. Both our daughters were born in midst of big renovations at our beloved South Granville location. We give a respectful, loving and memory-filled shout-out to wonderful South Granville, and to Jayson at Capital J Management, who has become a part of our Vij’s family.

We need community more than ever and our Vij’s/Rangoli family will be so happy to welcome back our community and be in a position to do so with a strong backbone.