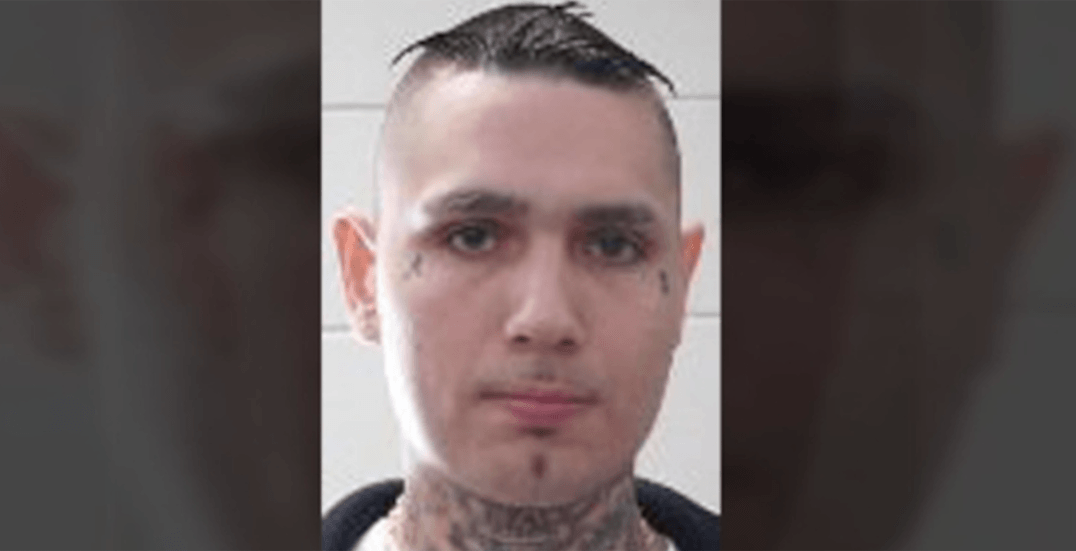 A man wanted on a Canada-wide warrant was arrested by a VicPD K9 officer and Patrol officers on Sunday, January 13th.

Rourke Desmanche was spotted in the 700-block of Pembroke Street just before 1 am Sunday morning, by a VicPD K9 officer working with the Patrol shift.

The officer stopped Desmanche after recognizing him from his Canada-wide warrant for parole violations stemming from a homicide conviction.

Desmanche was found guilty of manslaughter for the shaking death of his baby, Kurious George Rose-Desmanche, in February of 2013.

Victoria police said at first, “Desmanche made motions that led the officer to believe that he was preparing to flee, so the officer indicated that a police dog would be deployed should he run.”

Desmanche then complied with the officer’s directions and was taken into custody without further incident. Additional Patrol units arrived to cover the K9 officer during the arrest.

Arrested: Rourke D, wanted on Canada wide warrant for parole breach, on manslaughter conviction, has been apprehended. Thanks for your interest & tips. Because of your interest over 375,000 people were reached via social media. pic.twitter.com/UMRjlHPTnT

Desmanche was held for court.