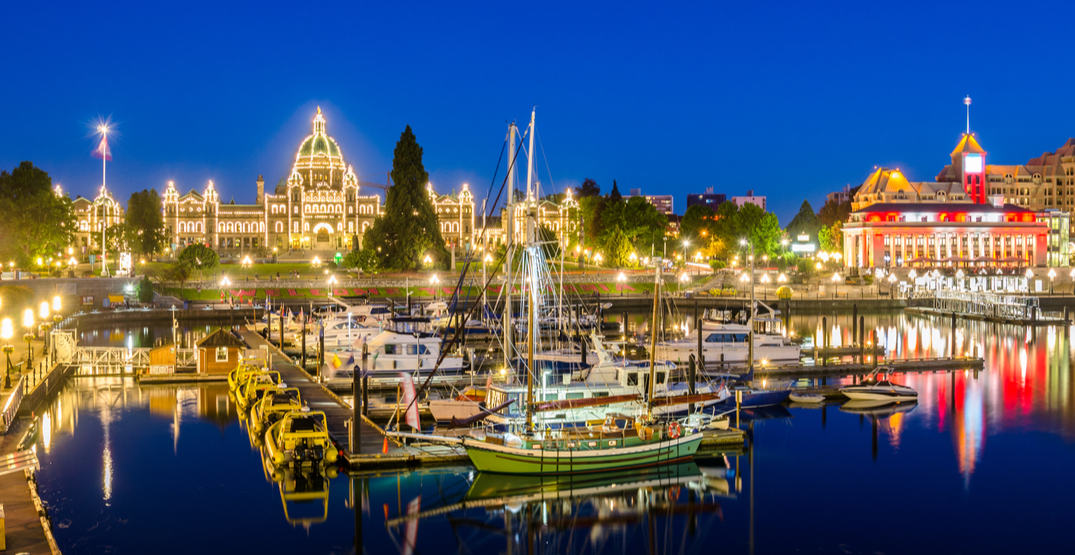 Victoria, BC, is the hottest luxury property market in the world, according to a new annual report from Christie’s International Real Estate.

The report synthesized data of over 80 luxury real estate brokerages around the globe and reviewed factors that influence prices and luxury housing density, including a market’s billionaire population, cost of living, luxury hotel density, and global cities rankings.

The report named Victoria, BC, as the hottest luxury market in the world based on its “influx of buyers from the United States and China.”

“Victoria is experiencing the same rapid growth in housing prices and sales volumes that have strengthened Toronto and Vancouver in recent years,” said the report.

“Like Vancouver, the Victoria market has reached a point where additional
government cooling measures appear imminent this year —taxing foreign buyers, limiting speculative buyers, and adding transparency rules could lead to a cooling in 2018.”

However, the report highlights the market in Victoria will most likely continue to perform well, despite these regulations.

“In 2017, the average time to sell a luxury property was only 32 days, down from 41 days in 2016 – this is among the fastest selling turnover for markets surveyed,” said Christie’s, adding that Victoria also saw a 29% growth in annual luxury sales between 2016 and 2017. 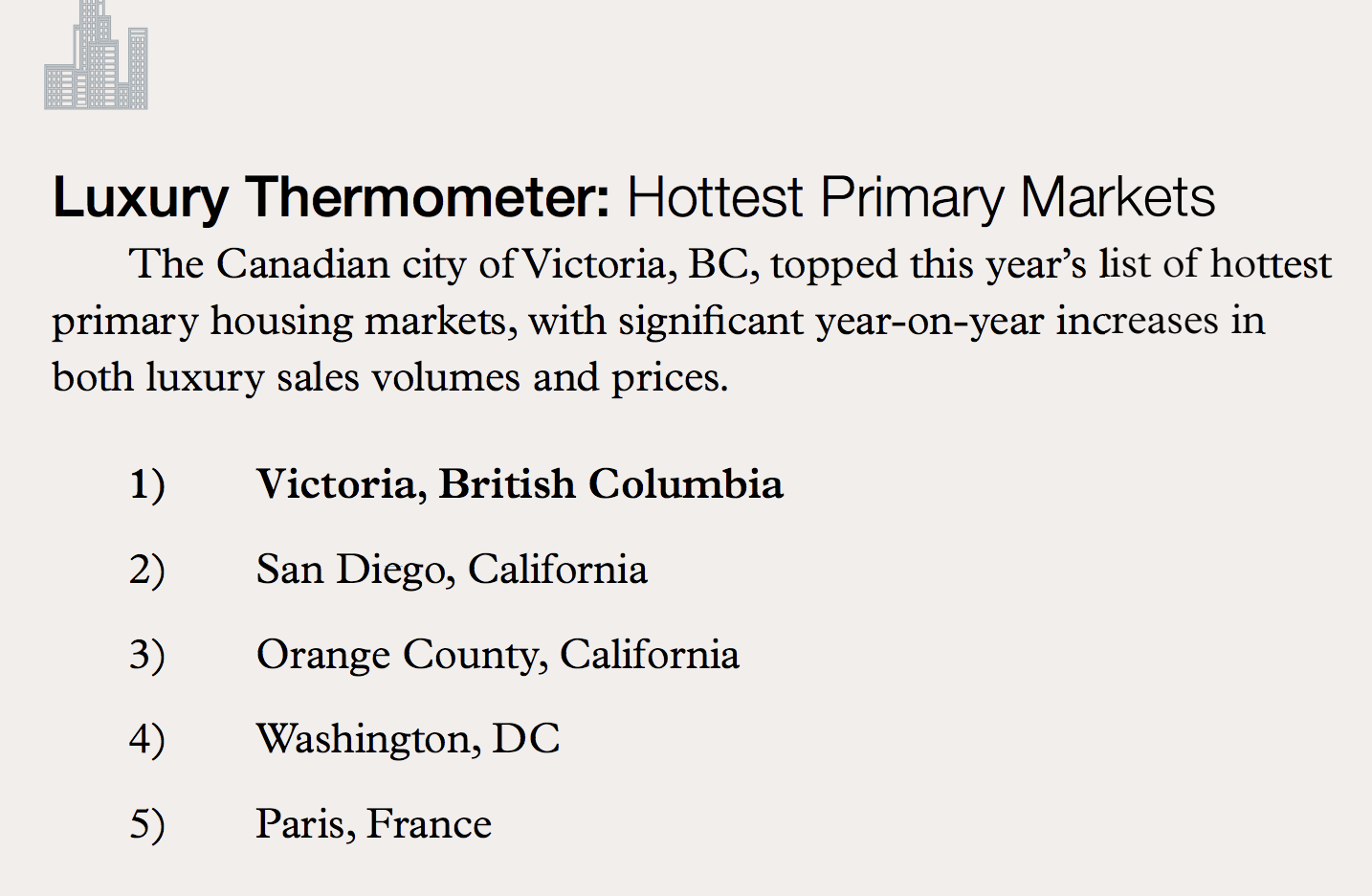 Victoria placed ahead of San Diego, Orange County, Washington DC, and Paris, as the leader in hottest primary markets.

Victoria was not the only Canadian city to be mentioned by Christie’s.

Both Vancouver and Toronto were named as the overall top-ten prime property markets in the world. Toronto placed ninth and Vancouver followed in 10th.