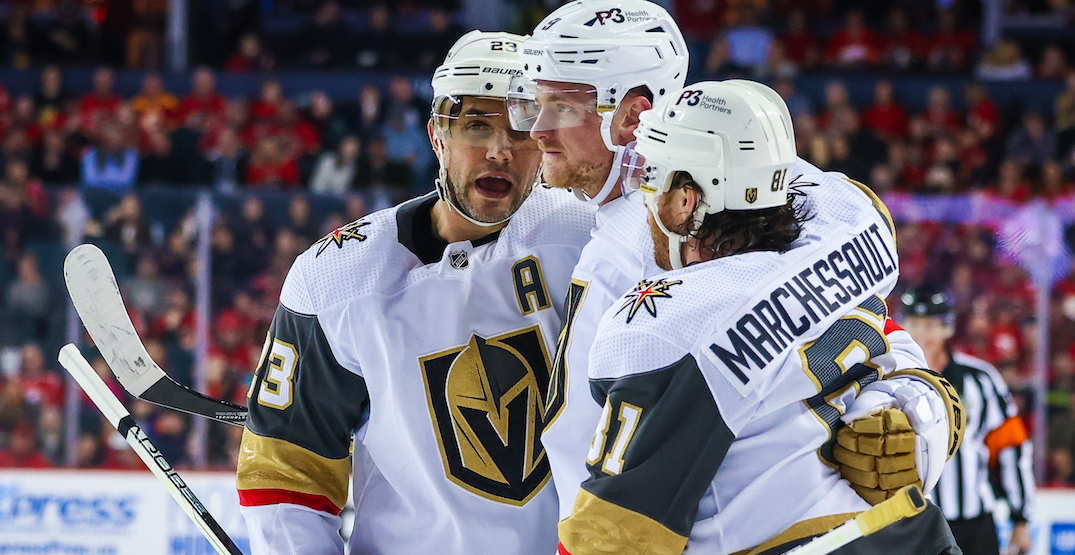 It’s amazing how quickly the Vegas Golden Knights went from the darlings of the NHL to perhaps the league’s most hated team.

Vegas needed to beat the Chicago Blackhawks and have the Dallas Stars lose in regulation to the Arizona Coyotes last night to stay alive. Neither happened.

The Golden Knights were mathematically eliminated from postseason contention, meaning the five-year-old franchise will miss the playoffs for the first time ever.

It’s truly a remarkable turn of events for Vegas, a team that entered the season as one of the top Stanley Cup contenders. The Golden Knights were hit hard by the injury bug, but perhaps they were also struck by the hockey gods.

Vegas has been criticized for how they treated Marc-Andre Fleury, who was traded to Chicago last offseason. They’ve also seemingly been able to land every big name that comes available on the trade market and free agency, including Max Pacioretty, Mark Stone, Alex Pietrangelo, and Jack Eichel.

They especially drew the ire of the rest of the league after trading for Eichel. Fans were suspicious when Stone went on injured reserve in February, just as Eichel was ready to return from injury. The move was seen by many as cap circumvention, similar to what the Tampa Bay Lightning appeared to get away with last season with Nikita Kucherov.

But instead of hoisting the Stanley Cup as Tampa did, Vegas took a nosedive.

Whatever the reason for their demise, one thing is clear: hockey fans outside of Nevada are loving every second of it. Whether it’s jealousy for a team that has had everything seemingly handed to it since it entered the NHL or just a desire to watch the world burn, fans had a lot of fun at Vegas’ expense last night.

The Vegas Golden Knights being eliminated from the playoffs set to Titanic music pic.twitter.com/S2A9Xq2iNO

this guy showing Vegas the Dallas game is all tied up is killing me pic.twitter.com/PJsa5VtGxG

Logan Thompson, I would like to apologize on behalf of all of North America. It wasn't about you bby, you were just collateral damage in the cross hairs of something that needed to be done for the greater good, which was taking down the Vegas Golden Knights. 💔 pic.twitter.com/0LTonQHwez

hockey twitter coming together to celebrate the downfall of the vegas golden knights pic.twitter.com/66UeHc5kLF

With the 1st overall selection in the NHL Draft, the Vegas Golden Knights are proud to select: This L. pic.twitter.com/E5k5e6zBVQ

After making the Cup in their first season, Vegas
– blew a three-goal, third period, game seven lead in 19
– got knocked out by Anton Khudobin in 20
– got knocked out by the worst Cup Finalist of the century in 21
– gonna miss in 22 behind a team with a negative goal differential

me celebrating the vegas golden knights not making the playoffs pic.twitter.com/UZu1XkWyVd

When you wake up and the Vegas Golden Knights and Jack Eichel are eliminated from the playoffs pic.twitter.com/nqbc13ina9

Vegas missing the playoffs after acquiring Jack Eichel and circumventing the cap will never not be funny to me. NHL fans rejoice what a beautiful moment this is.

VEGAS IS ELIMINATED FROM THE PLAYOFFS
pic.twitter.com/wr2MoCdOAA

THE VEGAS GOLDEN KNIGHTS HAVE BEEN ELIMINATED FROM PLAYOFF CONTENTION pic.twitter.com/zydpSjtDh9