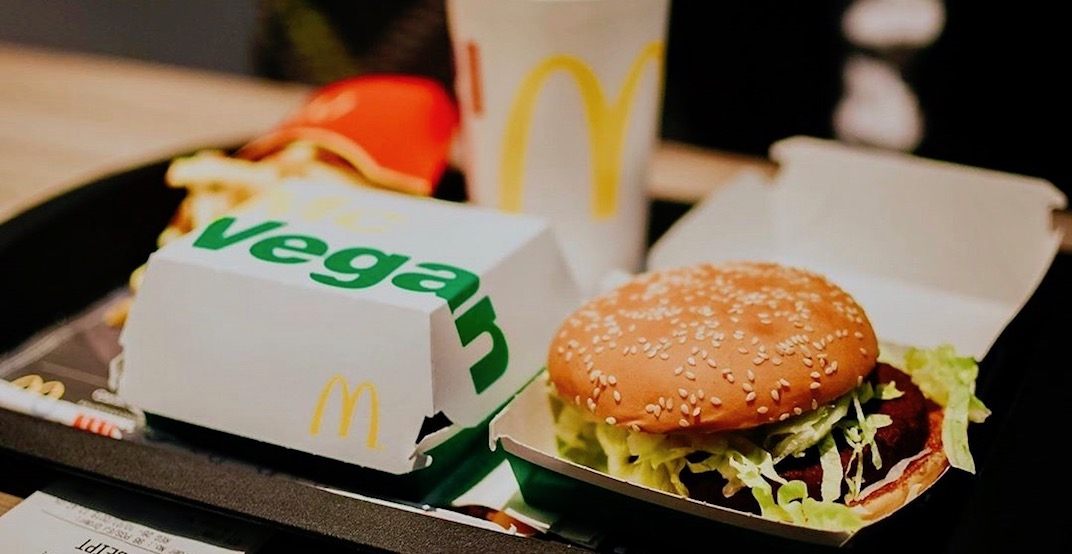 This trend is flourishing all over the globe, but especially here in Canada, a country which recently revealed a new Food Guide with a huge emphasis on plant-based proteins and whole grains as opposed to meat and dairy options.

While Canada may be making strides for veganism in our choices, some fast-food spots need to get up to speed, if you ask us.

Chains all over the world are introducing drool-worthy vegan options, and us Canadians want them out of the drive-thru and into our veggie-loving hands asap.

So here you have it – four vegan fast-food options we wish would come to Canada.

Domino’s in Australia offers a selection of new vegan pizzas, this includes a Vegan Margherita, Vegan Avocado Veg, and a Vegan Spicy Veg Trio, along with the option to add their dairy-free Vegan Mozzarella to any pie.

McDonald’s – The Spicy Veggie One

McDonald’s UK got some sweet vegan options recently, such as The Spicy One, a combo of red pesto veggie goujons with spicy relish, tomato, lettuce and red onion in a tortilla wrap.

First tested in Finland, the McVegan burger is now available in the UK. McDonald’s Canada told Daily Hive in January that there were no current plans to introduce vegan eats onto restaurant’s menus.

Pizza Hut UK recently introduced a new range of vegan pizzas including selections like the Vegan Veggie and the Vegan Margherita.