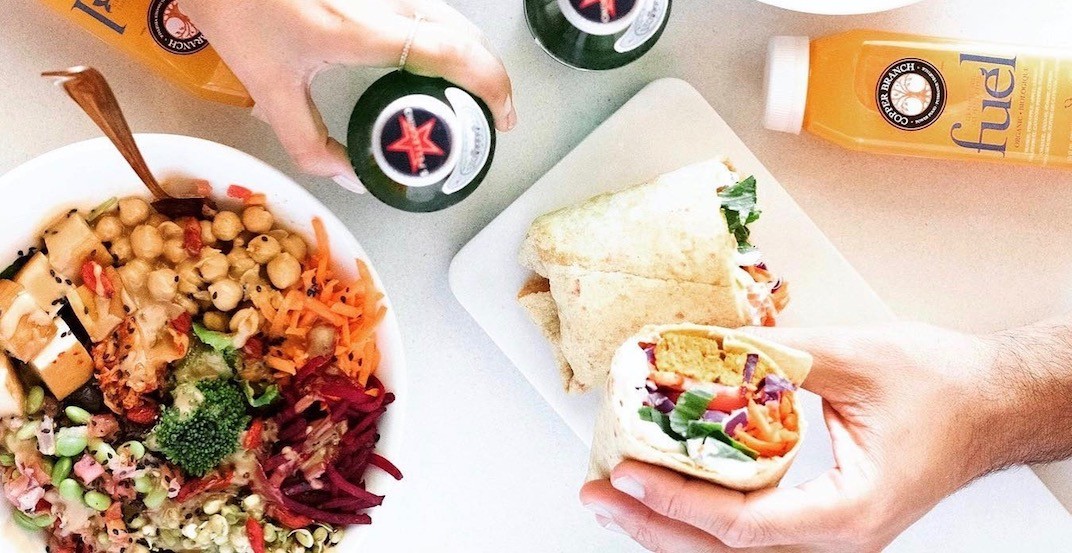 It’s no secret that Canada is all about plant-based diets these days.

The newly-unveiled Food Guide emphasizes the vegan and vegetarian way of life, and one Canadian restaurant chain is gearing up to be the top dog in the plant-based fast food sector globally.

Montreal-based and founded Copper Branch is a plant-based fast-casual chain that has big expansion plans for the next few years.

Copper Chain told Daily Hive that its plan to open 70 locations in 2019, and another 150 locations in 2020 in Canada, the US, and France, will make it the biggest vegan restaurant chain in the world.

Nationally, Canadians can expect four to six new locations in Alberta (Edmonton and Calgary mostly) as well as one to two in Vancouver.

In Ontario, there are approximately 16 locations opening across the province, and in Quebec, a staggering 20 to 30 are planned.