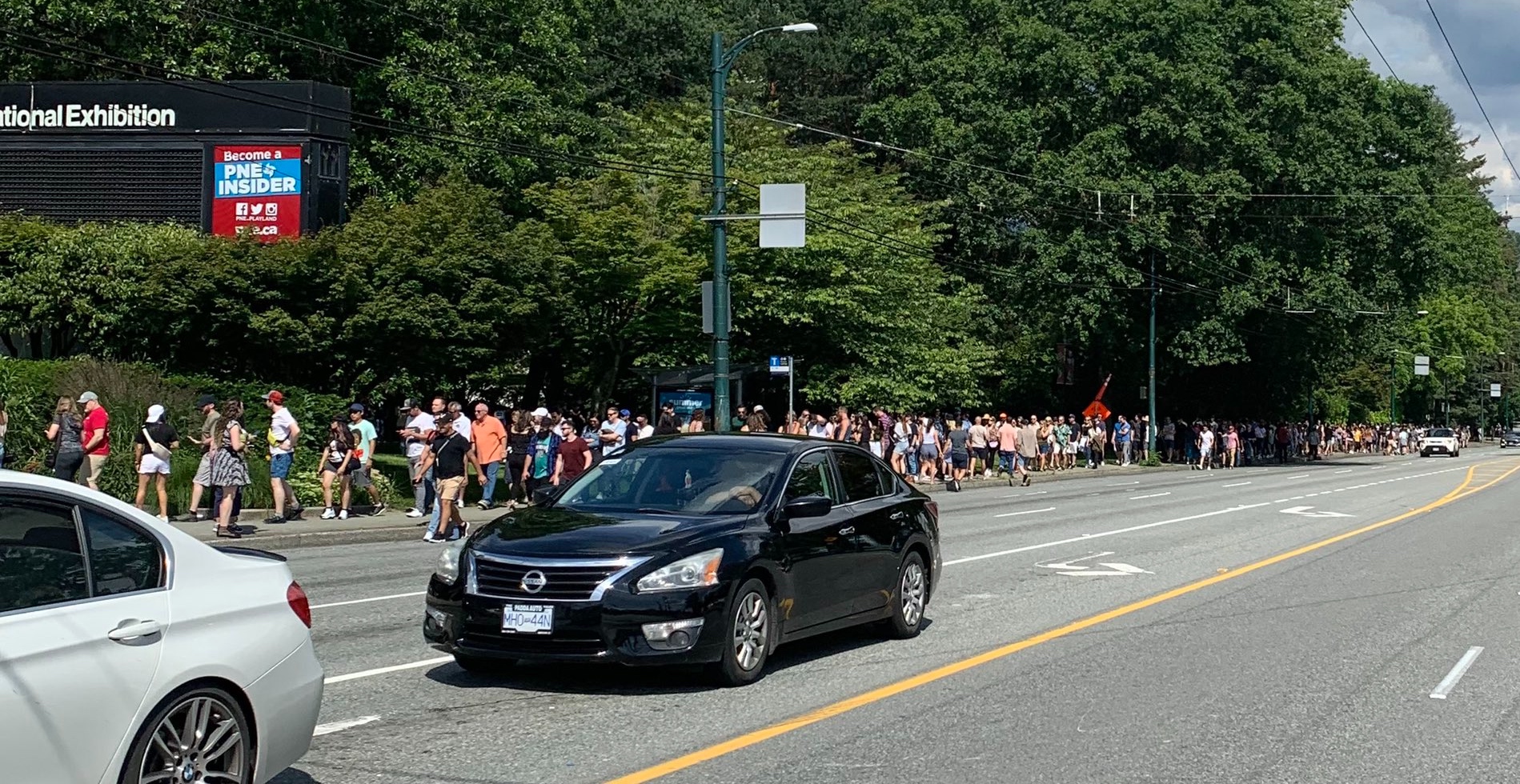 Organizers of a massive craft beer festival in Vancouver have apologized for the long lines that led to frustration this weekend.

Festival attendees at the VCBW Craft Beer and Music Festival took to social media to air their complaints about long waits for the two-day festival. It was criticized for not having water available for attendees, hours-long waits, and payment system errors.

“We are very sorry if your experience was a frustrating one and hope you can give us another chance,” organizers said in a statement on Sunday, July 9.

“We are human, we would feel the same amount of frustration as you if we were in your shoes.”

While wait times varied depending on what time attendees arrived and if they had a VIP pass or not, some reported waits that were hours long and others said they never made it in at all.

#vcbw
Your poorly planned event forced people to walk on Hastings street with cars – super dangerous!
I hope no one got hit…

How do we get refunds if we didn’t even get in to the event? @VCBW pic.twitter.com/kgzm6xk6WQ

Organizers attributed the long waits to a lack of staff attendance and difficulties with their payment system and denied that the event was oversold.

“We had 25 people that didn’t show up to work the event and this longer line up was the result of this lack of attendance by the scheduled staff. It created a bottle neck,” they said.

The festival moved to an RFID payment system, which did not work as well as organizers had hoped.

I had a wrist band with $50 on it. My VISA has 13 authorized transactions… but I only managed to get 5 beers.

I’m hoping there was some sort of screw up in their authorization system, and only 5 will migrate to actual charges.

“It was clearly slower than handing over physical tokens (as per previous years) and this delay also created a bottle neck at the booths.”

Some customers may have had money withdrawn from their accounts instead of their original deposit, which will be refunded to them.

In their note to attendees, they addressed several concerns in addition to the long wait times, including how attendees were not allowed to bring reusable water bottles and there was limited water available on site.

“This type of event has a special license where someone can not have more than 4oz of beer and by bringing in a cup larger than 5oz, people pour multiple samples into their cup, which is against the license,” organizers said of the decision to not permit bottles, saying that they had expanded water booths for Sunday’s guests.

Event organizers explained that they’ve never encountered staffing shortages and technical issues like this before in their combined 30 years of experience hosting similar events in Vancouver.

“We are very sorry if your experience was a frustrating one and hope you can give us another chance,” they wrote.