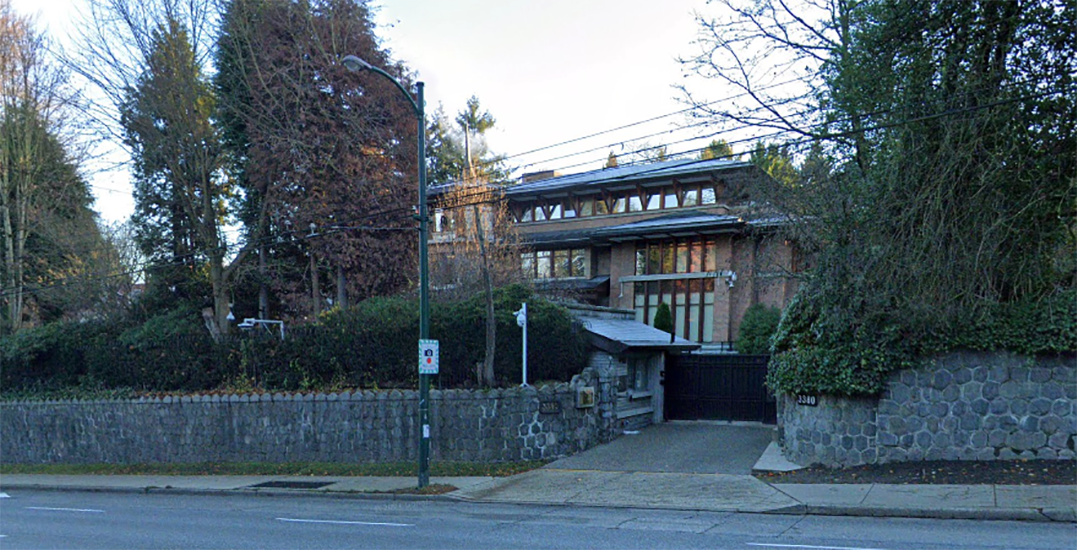 The exterior of the Chinese consulate in Vancouver (Google Maps).

The Vancouver Police Department (VPD) is investigating two incidents during which the exterior of the Chinese consulate was vandalized.

The first incident occurred on March 22. A man parked his dark-coloured Ford Escape in front of the consulate building, which is located near Granville Street and West 16th Avenue.

“He approached the front gate and spat on the plague dedicated to the Chinese Consular General,” Constable Tania Visintin says in a statement.

“He then threw an unknown white substance from a take-out cup on the same plaque. The suspect then used a hammer to hit and attempt to pry the plaque off the wall.”

An employee of the consulate attempted to leave the building in a vehicle but was blocked by the suspect. Police say the person “spat on the vehicle while verbally berating the driver,” before leaving the area.

VPD says that the suspect appears to be in his 70s with a thin build. He’s described as having white hair and wearing a dark jacket, dark pants, dark shoes, and a dark baseball cap at the time of the incident.

Another incident occurred on April 4 at approximately 3 am. Police say that a man walked up to the front gate of the consulate and spray-painted graffiti on the gate of the wall. He was seen on surveillance footage walking away north of Granville Street.

The suspect is described as a white man with a heavy build between 30 to 40-years-old. He wore dark pants, a grey hoodie with a black Batman logo, and dark shoes at the time of the incident.

Police add that they “do not believe the same man is responsible for both crimes.”