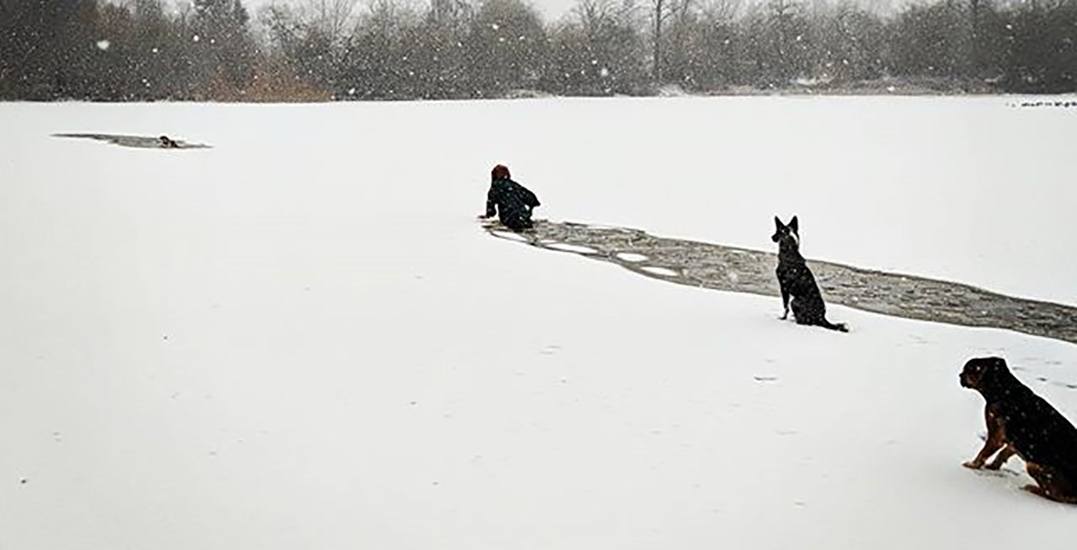 A Vancouver woman is being praised after a heroic dog rescue.

Eyewitness, Ben West, noticed a dog fall through the the ice at Trout Lake this morning. He states that “without hesitating this woman went out into the water breaking the ice with her hands and rescued the dog” – one that wasn’t even hers.

Him, as well as several other bystanders around the lake, all witnessed the dog walking in the middle of the lake.

All of them began to shout and attempt to call the dog, named Tessa, and have her climb out of the crack and back onto the ice.

A woman, who has yet to be identified, immediately dove into the water and forced her way to the ice.

The woman successfully goaded the dog to dry land and was rushed to a house in the neighbourhood. She was given a warm bath and dry clothes as paramedics were en route.

The dog was also reunited with her owner and has not had any identified injuries at this time.