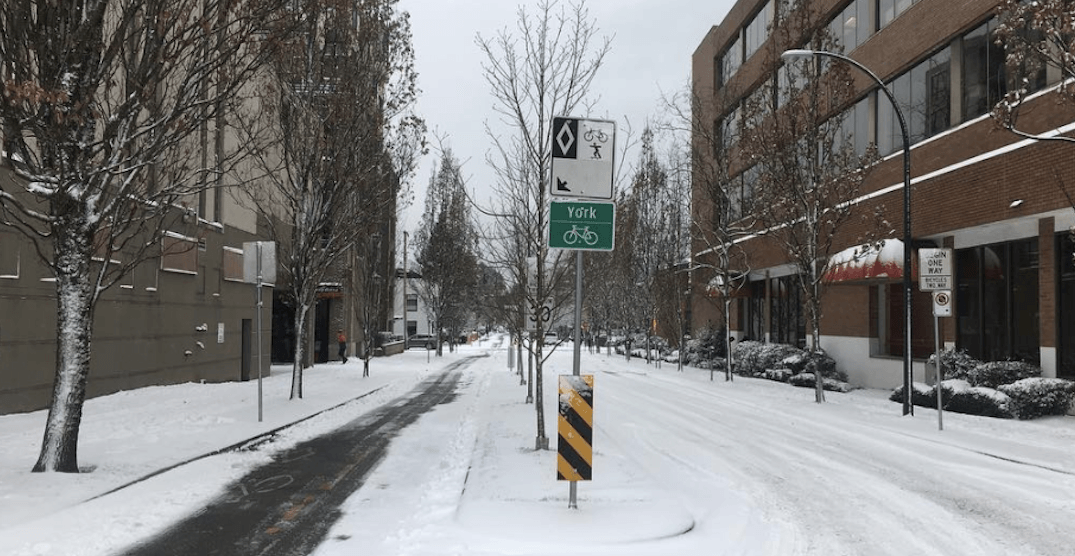 Clearing the snow in any city is a step-by-step, street-by-street process. And Vancouver is no exception.

However, there might be an exception when it comes to what gets plowed first.

Now, in what may be the most Vancouver snow photo ever taken, we are offered a glimpse into where the city’s priorities lie when it comes to snow removal.

The photo was captured and posted to Instagram by tourguidebob, who muses that only in Vancouver “do they clear the snow from the bike lanes before they even think about the regular streets!”

Only in #Vancouver they clear the snow from the #bikelanes before they even think about the regular streets! @cityofvancouver

Crews follow a three-tier response plan when clearing away all the white stuff as well.

Still,  with all the transit delays, traffic issues, school closures and general headaches the snow is causing for commuters today, we have to say, tourguidebob has a fair point.