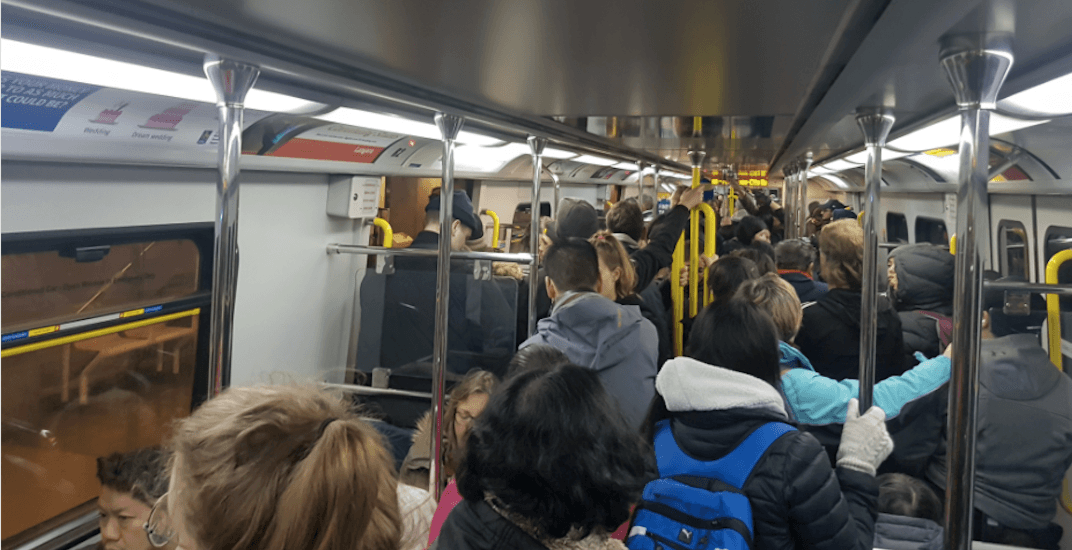 The snow has arrived in Vancouver and with it has come another round of transit delays.

In a statement, TransLink said a track issue involving a power outage near Bridgeport Station was causing delays on The Canada Line.

That issue has since been fixed, but customers should still expect delays of about “five to 10 minutes, as the system recovers.”

Across the region, other backups, delays, and detours were being reported.

@NEWS1130 @NEWS1130Traffic at least 3 buses stuck on West Georgia at Bute! I guess @TransLink didn’t get the socks on the buses in time! pic.twitter.com/0azUkRa5AM

95 B Line stuck on Commercial and Hastings. This is how much we’ve moved in the last 15 mins #BCStorm #Translink pic.twitter.com/Sb0RFKPCC6

It is snowing and transit crawl to an halt. #snowday #translink #BCStorm #skytrain pic.twitter.com/vnULhD8K9e

#translink has by far the WORST service in North America. An inch of snow..and they refuse to drive, especially up and down little hills, and I do mean little. How pathetic! #BCStorm

Last fall, TransLink said it was “preparing for the worst” when it came to winter this year, and unveiled a wide-ranging winter-readiness plan that include the trial use of ‘Tire Socks” on certain bus routes.

And this isn’t the first time the snow has caused a headache for transit users this season.

A snow dump back in December had much the same effect.

It remains to be seen just how chaotic things will get today.