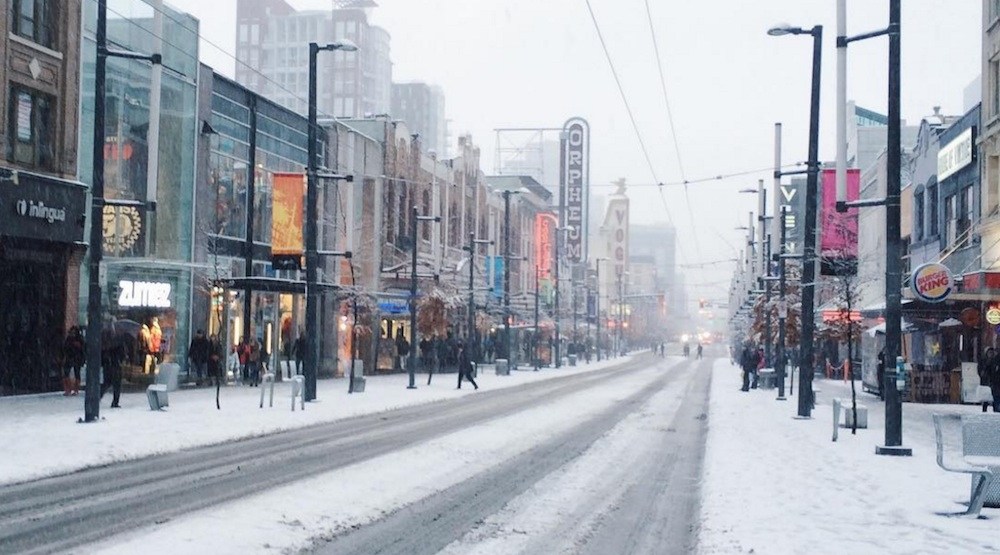 While it’s rainy and grey, the high in Vancouver is supposed to reach 12°C today, but this ‘warm’ weather will soon be a thing of the past.

AccuWeather just released their winter forecast for Canada, and it’s not looking great.

The weather website is forecasting a “snow-filled winter” with frequent snow storms and arctic cold across parts of the country, thanks to the development of La Niña, according to AccuWeather Canadian Weather Expert Brett Anderson. 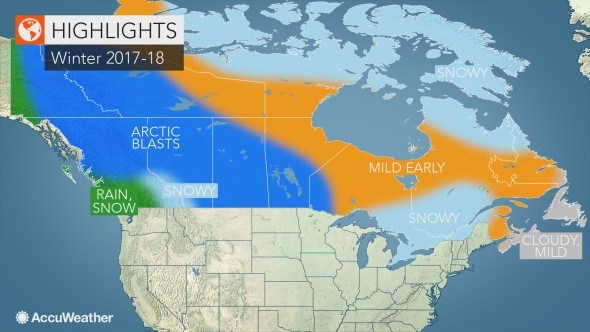 Western Canada is expected to have a good snowy start, especially over the Rockies and on the mountains.

Although the heaviest snow will be confined to the mountains, AccuWeather predicts some snow will make its way down to the coast of British Columbia, including around Vancouver and Victoria.

“There will be an increased opportunity for a couple of arctic intrusions, which may eventually set the stage for a few snow events near the coast,” Anderson said.

So get those winter boots ready once again, expect some snow on the ground in Vancouver, and lots of snow on the mountains. 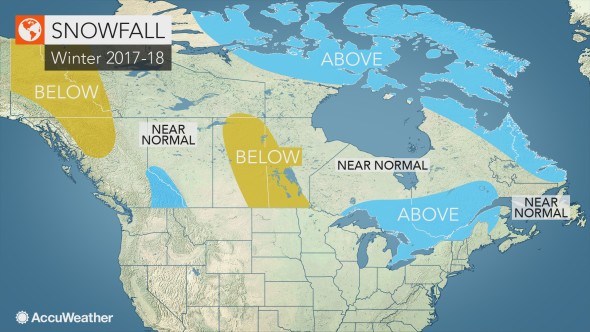