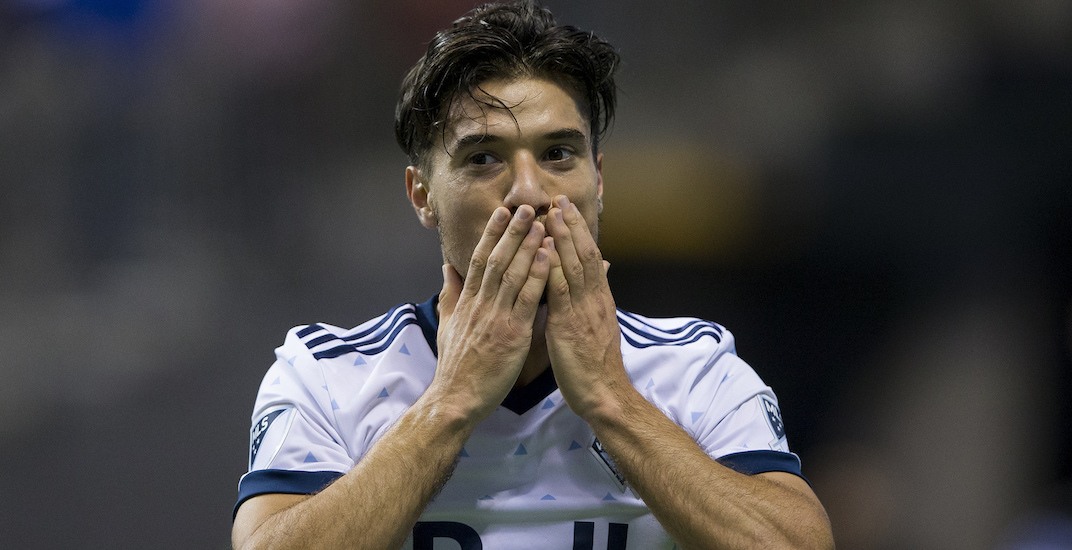 It was a busy Sunday for Vancouver Whitecaps FC as new head coach Marc Dos Santos made a flurry of trades during the four-hour MLS trade window. In an effort to reshape Vancouver’s roster, the Whitecaps made four trades, acquiring three new players.

As we reported on Friday, goalkeeper Maxime Crépeau was traded to Vancouver from Montreal. The Impact will receive $50,000 of Targeted Allocation Money (TAM) and Vancouver’s third-round pick in the 2020 MLS SuperDraft.

Crépeau was one of two keepers the Whitecaps acquired. The Colorado Rapids sent Zac MacMath to the Caps in exchange for midfielder Nicolás Mezquida, and $100,000 of TAM.

With the Whitecaps deciding not to renew the contract of Stefan Marinovic, the team’s goalkeeping tandem appears to be set for next season. MacMath is an experienced MLS shot-stopper with 134 career games of experience. He has a 46-51-36 record in eight seasons split between Colorado and Philadelphia.

The 27 year-old has been in a back up role behind Rapids goalkeeper Tim Howard. MacMath has made 11 appearances in the last two seasons with Colorado.

Crépeau will be given every chance to show he’s ready to be a No.1 MLS keeper. If that doesn’t materialize, MacMath is more than capable of stepping up into a time-sharing role.

The Seattle, Washington native, spent 2018 on loan with FC Cincinnati. Behind David Ousted and Stefan Marinovic, Richey never really got a run with Whitecaps FC. His lone MLS start was a 2-0 loss to Toronto FC on March 18, 2017.

Many thanks to everyone involved with the @WhitecapsFC organization over the last 4 years. Teammates, coaches, staff and fans made it an incredible start to my professional career. Onto Cincinnati!! 🔶🔷

Mezquida heads to Colorado after five MLS seasons in Vancouver. The Uruguayan midfielder often provided a huge spark off the bench for Whitecaps FC. In 101 games with Vancouver, Mezquida made 50 starts, contributing 12 goals and 4 assists.

We have a new playmaker in burgundy.

In the most surprising transfer of the day, the Whitecaps traded for left back/winger Victor ‘PC’ Giro from Orlando City SC, for a third-round pick in the 2019 MLS SuperDraft.

A 5-foot-8 native from Sao Paulo, Brazil, PC didn’t catch on with Orlando City SC. PC made just eight appearances and earned five starts in both 2017 and 2018. His lone goal came in a U.S. Open Cup match vs Miami United FC.

Coincidently, PC joins a Vancouver club that has a history of trading with Orlando City SC. Brek Shea (February 27, 2017), and Jose Aja (February 24, 2018) both came over from Orlando. Neither player had their 2019 option exercised by Vancouver last month.

“We are excited to add Max, PC, and Zac to our group,” said Dos Santos in a media release. “All three players have an incredible mentality and team spirit. They are extremely motivated to showcase their abilities and help improve our club. Today is an important step in building our roster; however, it is only the start of the process as we look to next season and beyond.”

Dos Santos said he expected to be active during the half-day trade window and he was true to his word. While these trades are important in forming the roster for next season, this really doesn’t address the big issues concerning Whitecaps FC.

Goalkeeping has been sorted, but there is plenty positions where Whitecaps FC need to acquire high calibre players. The to do list should include a goal-scoring striker, an attacking midfielder, a versatile winger, and a leader who can anchor at centre-back. Vancouver should continue to be active on the transfer market.