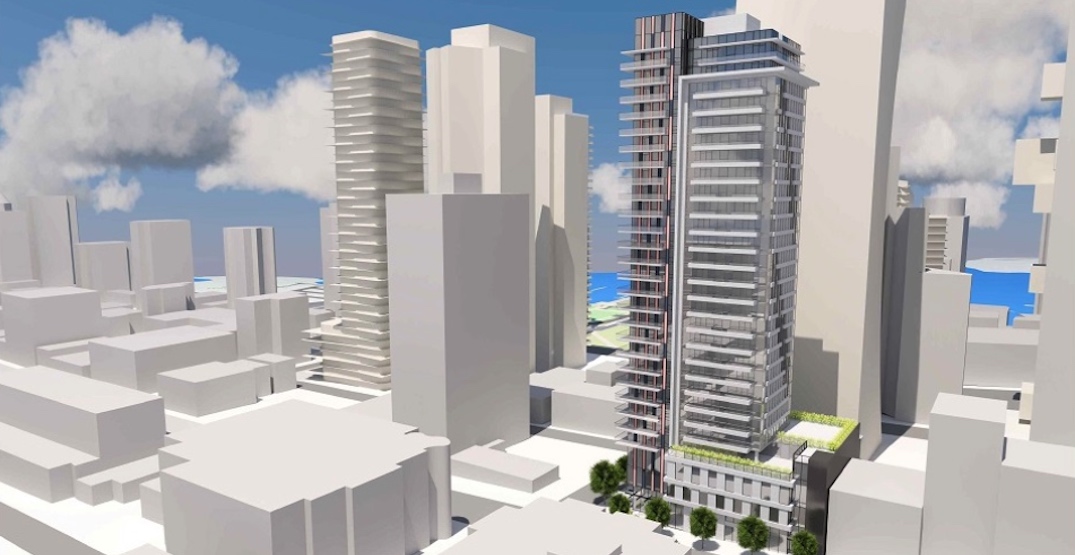 Secured by City staff during the negotiation process for each redevelopment’s application, as part of the development’s public benefits, the municipal government will pay a nominal fee of $10 to own the social housing components in each tower. Both properties are owned and being developed by VivaGrand Developments.

The approved redevelopment of 1555 Robson Street — named “Robson and Cardero” for its location at the northeast corner of the intersection of Robson Street and Cardero Street — calls for a 300-ft-tall, 28-storey tower with 177 homes, including 153 units of market housing, 24 units of social housing, office space within the second and third levels, and 5,900 sqft of retail space on the ground level. 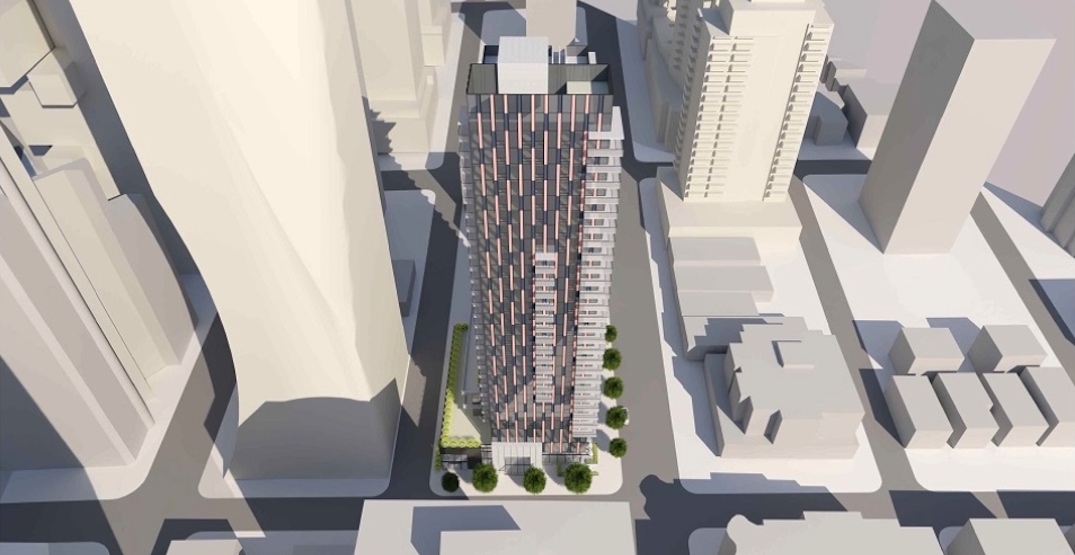 The tower’s social housing component spans a floor area of about 31,000 sqft, plus the associated common amenity areas, storage lockers, and vehicle and bicycle parking.

The site is currently occupied by a two-storey commercial building with the popular Jang Mo Jib Korean Restaurant as a key tenant. IBI Group is the project’s architectural firm. 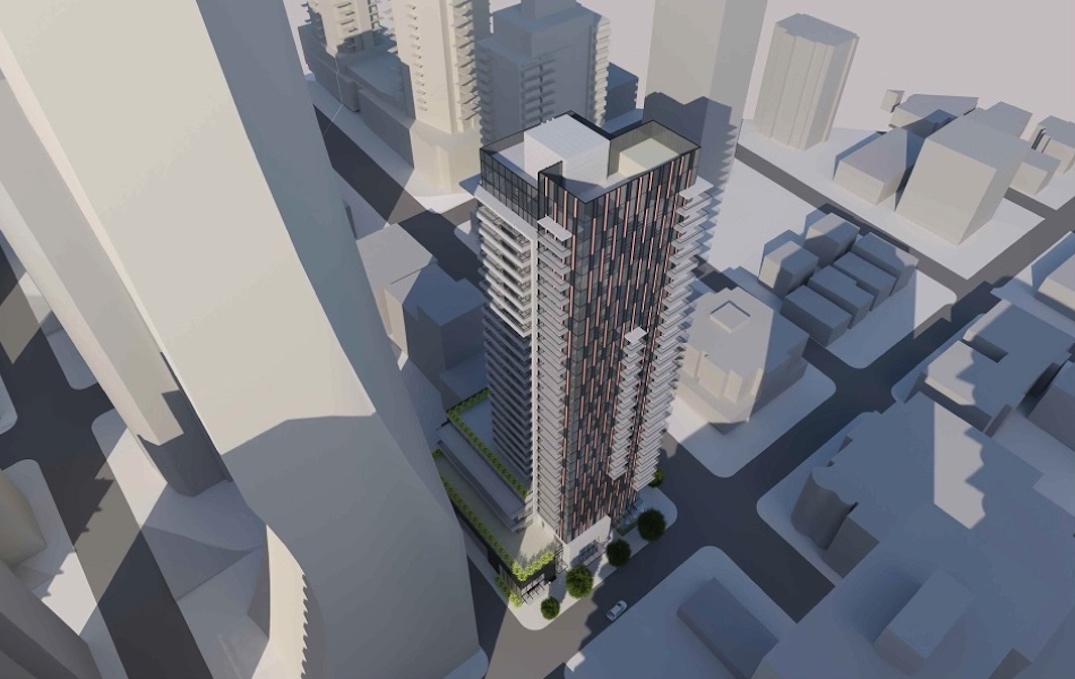 Over at 1485 Davie Street — the northeast corner of the intersection of Davie Street and Nicola Street, across from the Gabriola Mansion — the city will own 35,000 sqft of floor area containing 51 units of social housing.

The approved 190-ft-tall, 22-storey tower, named “Davie and Nicola” and designed by WT Leung Architects, will contain a total of 158 homes, including 107 units for market-family market strata. 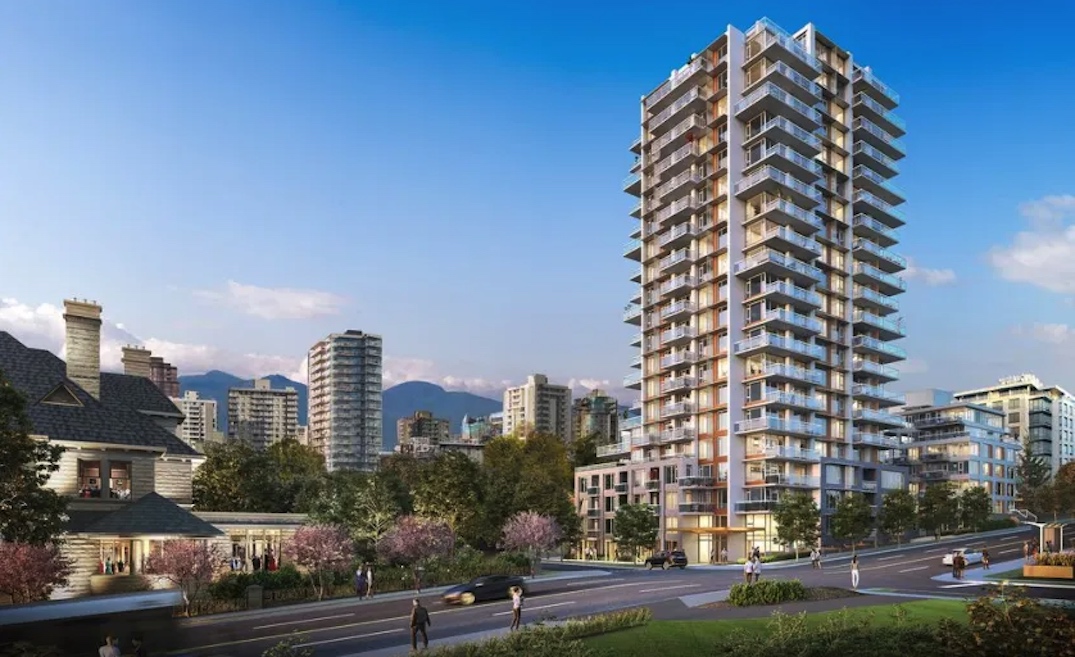 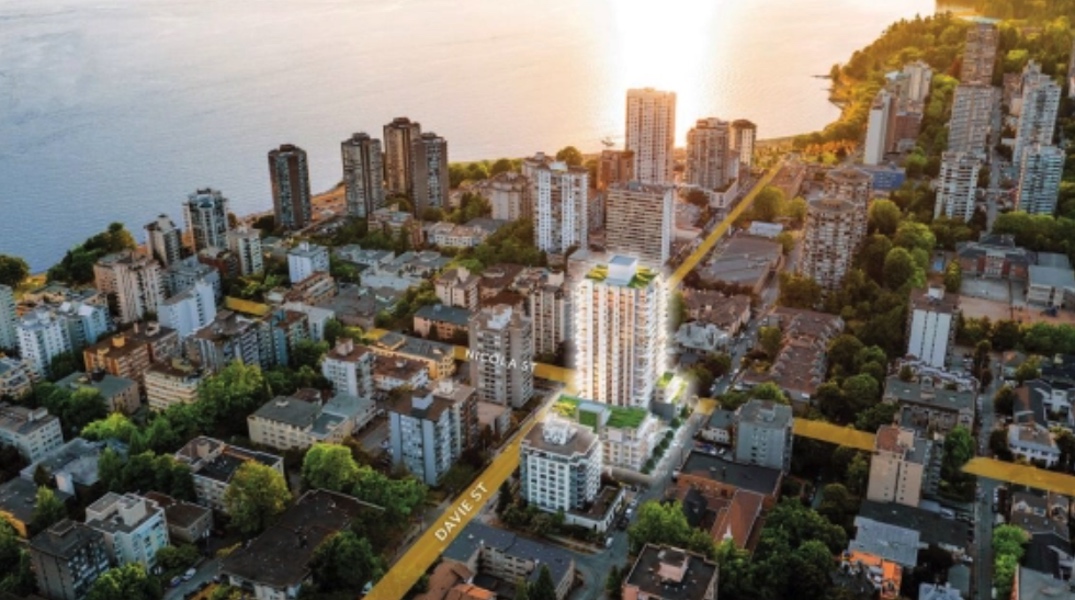 Construction has yet to begin on the projects, but Davie and Nicola is slated to reach completion in 2022, while Robson and Cardero could be ready by 2023. Both projects are made possible by the city’s West End Community Plan.