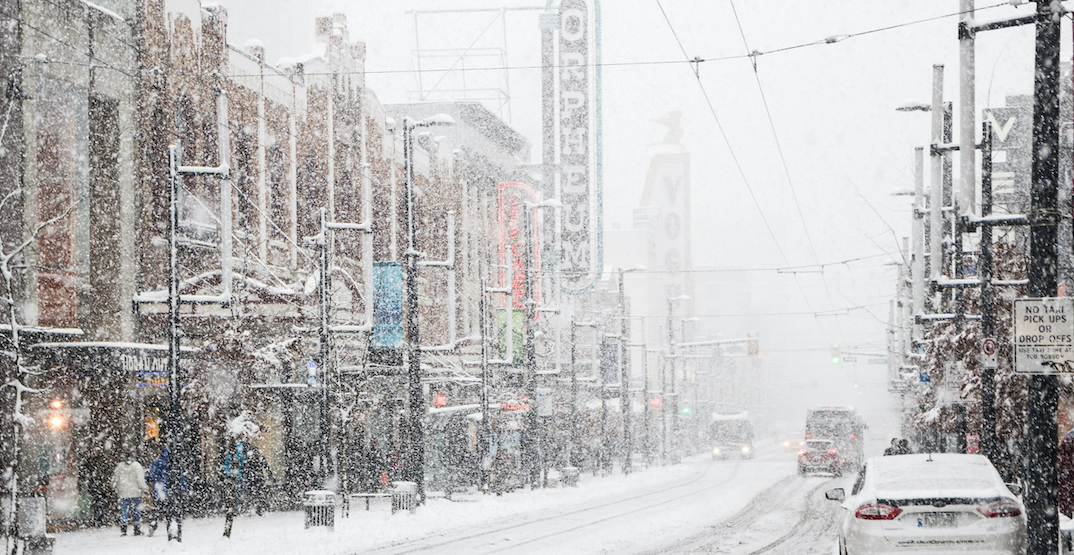 Keep those shovels handy, Vancouver, because it’s snowing yet again.

In the early morning hours on Saturday, January 8, Environment Canada issued a special weather statement for Metro Vancouver and the Fraser Valley. Here’s where it’ll fall in Metro Vancouver:

Snow is falling this morning and between two to five centimetres is expected to arrive.

The white stuff is courtesy of a Pacific frontal system that just arrived. While it’ll snow in the morning, in the afternoon, it is set to change to rain.

So, Vancouver doesn’t have to put up with the snowfall for very long. By Sunday, it’ll even clear up. 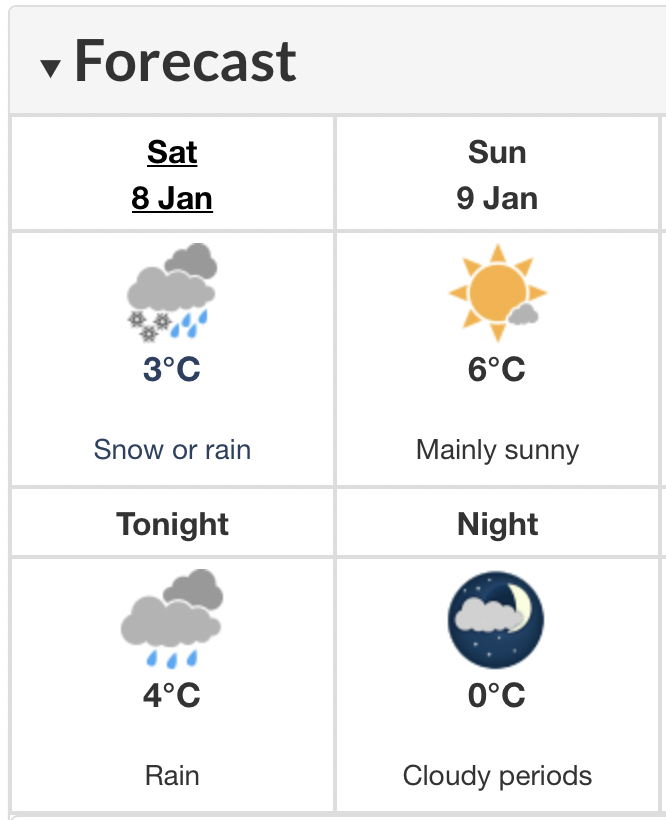 Additionally, the Fraser Valley has a risk of freezing rain and will continue to receive snow while Vancouver warms up to rain.

The snow is falling as Vancouver is cleaning itself up after high winds and an extremely high tide caused damage to the seawall in many areas.