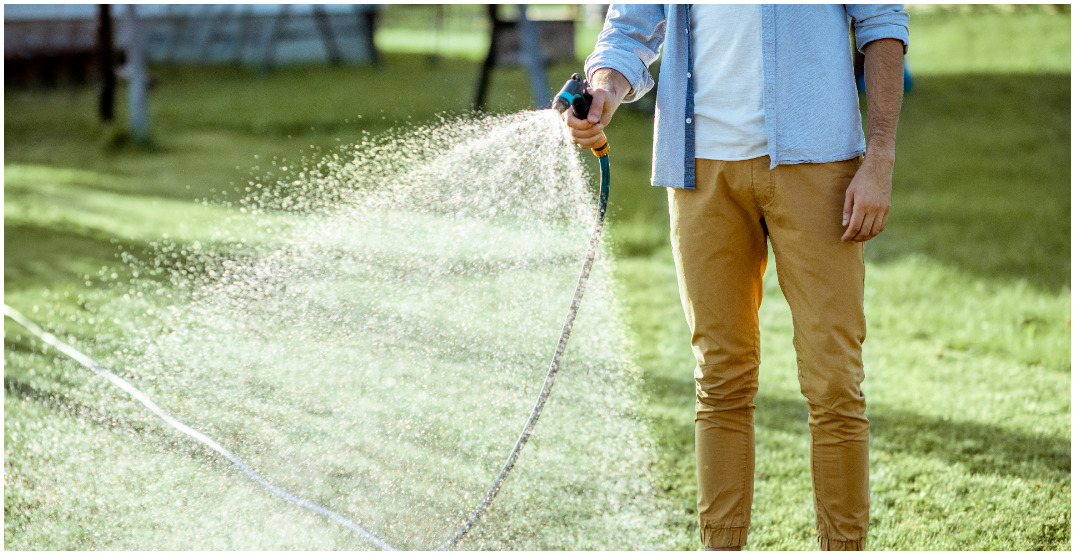 Water consumption levels reached almost record-breaking levels during one of the hottest weekends in the city’s history.

Metro Vancouver Regional District officials are urging residents to be careful with their water consumption over the next little while.

Water consumption reached 1.79 billion litres on June 27, which left it just shy of a record previously set in 2009.

Levels in the drinking water reservoir are still looking good as of June 29, but as the dry and hot weather continues, the demand will drain the storage reserves quickly, according to a statement from the regional district.

Water usage regulations are under effect until October 15. Under these regulations, lawn watering is allowed twice a week, but only in the morning.

Regional district officials are also reminding residents that you only need to water your lawn for an hour per week if it isn’t raining.

The statement suggests Metro Vancouver has been very successful at conserving water over the last 20 years. 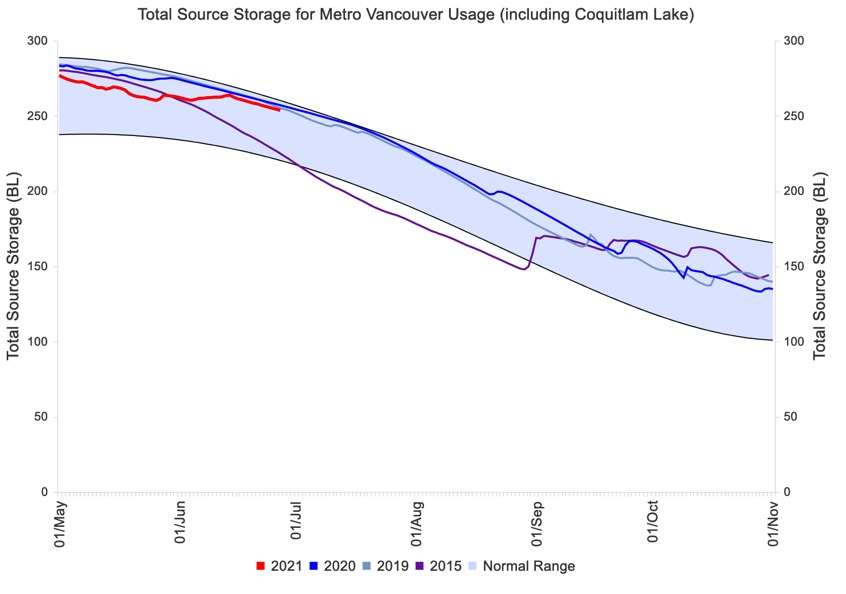 “Thanks to regional and local government water conservation efforts, per capita water use has declined in the last two decades.”

But, they’re pointing to climate change as a reason that conservation efforts need to continue.

“Long-range climate projections for Metro Vancouver show that our region can expect more than double the number of summer days above 25°C in the future. Longer drier spells and increased winter rainfall due to climate change will reduce the annual snowpack, affecting summer water supplies.”