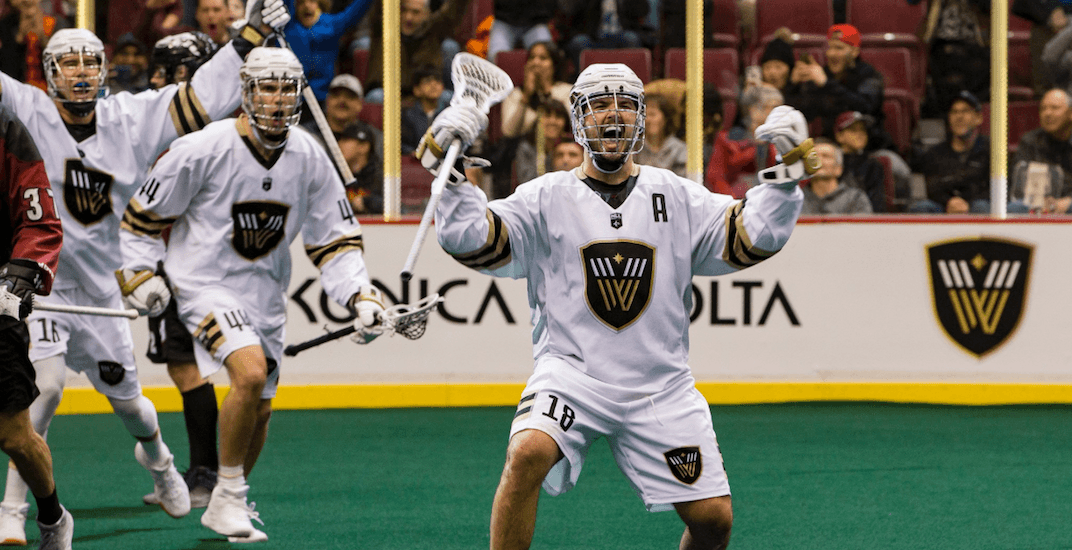 It has been a fan-friendly return to Rogers Arena for professional lacrosse.

Bought and rebranded by the Vancouver Canucks last June, the Vancouver Warriors have given local sports fans a new kind of experience this season.

Promising a party atmosphere, the team has offered affordable tickets, and concession prices similar to what you would pay in the 1980s. A live DJ pumps music throughout the game (not just during stoppages), while a ‘hype man’ riles up the crowd.

Traditional, it is not.

The Warriors are stepping it up once more for the final game of the regular season this Friday against the Toronto Rock.

As part of Beach Party Night, fans are encouraged to come dressed up in costume. The team is providing incentive too, as the first 1,000 costume-wearing fans to arrive will receive a free beer or non-alcoholic beverage.

Once inside, a steel drum band will be playing music, as beach balls bounce around the arena. Food and beverage deals are available too, as Rogers Arena serves up beer and cider for $5, hot dogs for $4, and popcorn for $3.

After a dismal 2-16 record in their final season in Langley, the Warriors won’t make the postseason this year either, but improved their record to 5-12 with a chance to reach the six-win mark on Friday.

The move to Rogers Arena has resulted in an uptick in attendance figures, with the Warriors drawing an average of 6,852 fans per game this season, compared to a league-worst 3,507 average at the Langley Events Centre last year.