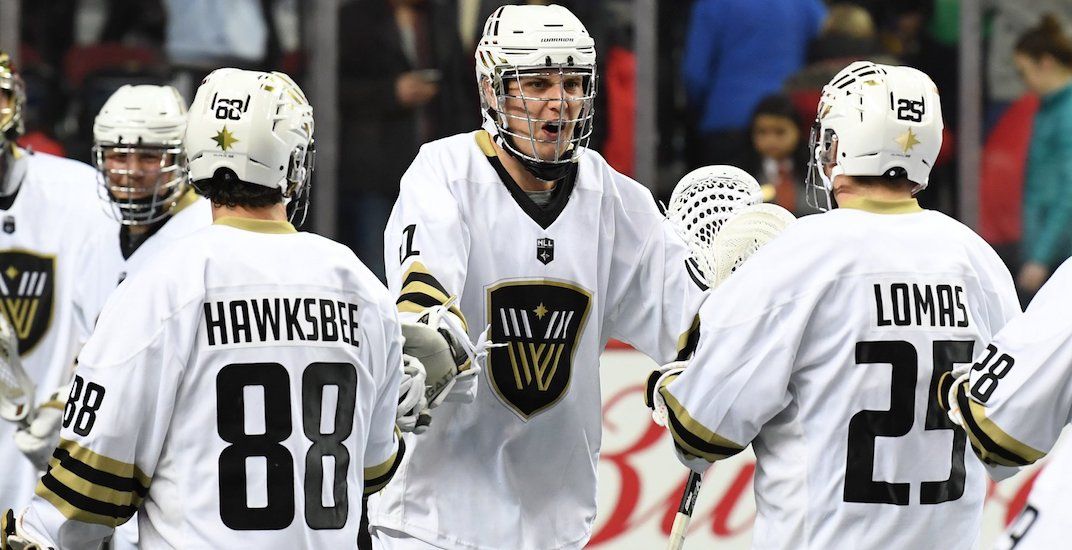 Bought and rebranded by Canucks Sports and Entertainment this summer, the Warriors are getting a fresh start. As the fifth team sharing an owner with an NHL franchise in the 11-team National Lacrosse League, they’ve got a model to follow.

Like the Calgary Sports and Entertainment owned Calgary Roughnecks, the Warriors are promising to make games a party. Calgary has been an NLL success story, ranking among the league leaders in attendance last season, drawing 11,847 fans per game to the Scotiabank Saddledome. The highest average attendance in the league was 14,639.

The Langley-based Vancouver Stealth drew a league-low 3,507, so this is a much needed refresh for the franchise.

Promising a “full-blown entertainment extravaganza,” the Warriors are putting their money where their mouth is.

Lacrosse is back downtown and we're celebrating with our Opening Night Launch Party on Dec 21 🎉 We've got $5 beers, $2 food items and tickets from $19.95 🎟️ https://t.co/0MbdqmTfMV pic.twitter.com/IbIUFTld0F

Starting at $19.95, ticket prices are affordable, and so are food and drink options. Beer at Warriors games will sell for $5, while hot dogs, fries, soft drinks, pretzels, and churros will only cost $2 each.

Ticket options include $20 entry in the Weekend Warriors Bud Zone, which includes a free adult beverage. The area, which is located floor-side near section 121, includes a live DJ, games, and special contests.

There’s also a Family Zone, which includes a hot dog, fries, and medium soft drink for $20.

The new ownership group wants to give lacrosse games a party atmosphere, with a ‘hype man’ to build energy and excitement, to go along with the new Warriors Dance Crew.

After the game, fans can meet and greet players at the Rogers Arena SportsBar.

“The value that we can provide our Warriors fans will be hard to top in this market,” Warriors senior director of business operations David Comuzzi said in a statement. “Our ticket pricing, value priced menu and our entertainment in the arena are meant to keep our fans for not just this game but all season long. We ask that you come to one game, and know that if we do our job, you will keep coming back.”

“Our pricing is lower than when this team was based in Langley last season,” adds Comuzzi.

All that’s left is for the team to put on a show on the floor, which if last week’s performance in Calgary is any indication, they’re on the right track.

Down 13-8 in the fourth quarter, the Warriors stormed back to defeat the Roughnecks 14-13 after an overtime goal by captain Matt Beers.

The #Warriors scored the final 6️⃣ goals of the game, erasing a 13-8 fourth-quarter deficit and notching them their first-ever franchise win!

“This is not your average sports event where the music comes on between plays. Lacrosse is the fastest game on two feet, and we need to match that intensity on the court by being creative in the arena.”

Their first test comes on Friday.