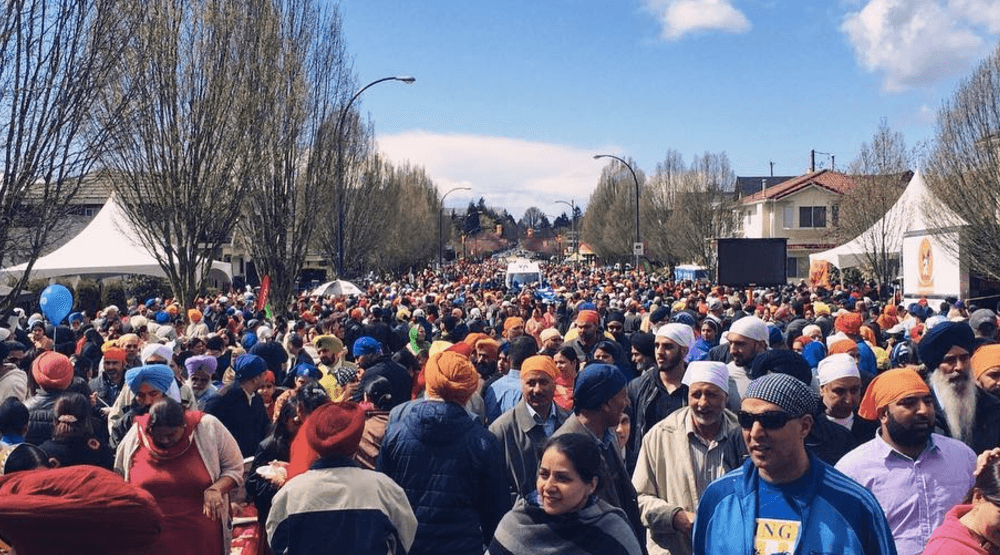 Saturday’s Vancouver Vaisakhi parade brought celebration to the streets as thousands came out to enjoy one of the most important days for the Sikh community.

Vaisakhi is an important day for Sikhs as it commemorates the birth or establishment of Khalsa by Guru Gobind Singh Ji, the tenth Sikh Guru, in 1699.

Khalsa – meaning pure – refers to the baptism ceremony all Sikhs are expected to go through as part of their own personal spiritual evolution.

If you missed out on the festivities here are 22 photos of the Vancouver Vaisakhi parade 2017.

On Saturday, April 22, Surrey will be hosting another Vaisakhi parade, which is also the largest celebration outside of India.

Vaisakhi parade on Main Street. Celebrating the start of the harvest festival and the birth of the Sikh religion. Love the vibrant colours.

Diversity is our greatest strength. It’s why BC is the envy of the world. #Vaisakhi pic.twitter.com/wpSebUHxIt

Exciting to engage with so many people and celebrate our diversity today at the #Vaisakhi parade in #Vancouver. Happy Vaisakhi! pic.twitter.com/0X3YB6CIBe

@VancouverPD is in full force today! We support out communities that we serve! @kdsross #vaisakhi2017 👮🙏🏻 pic.twitter.com/54t8dt826F

Great joining the Vaisakhi congregation in Vancouver this morning! Today we march in unity to celebrate the birth of the Khalsa Panth 🙏🏾 pic.twitter.com/8j02LqjYa3

Great to join thousands at the Vaisakhi celebrations in #VanSouth. A celebration of equality and inclusiveness. Thanks to @kdsross society! pic.twitter.com/jgHJktujhp