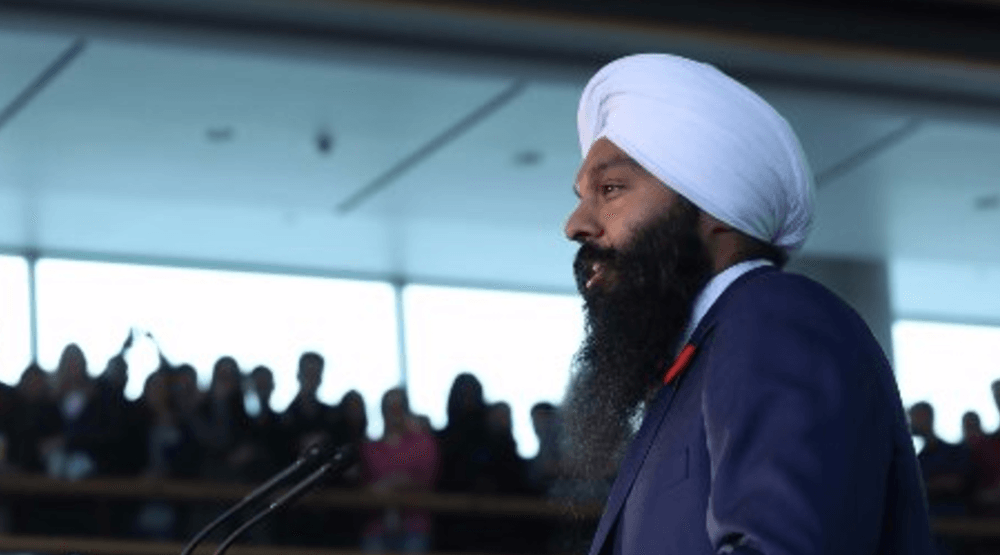 Every year, Randeep Sarai looks forward to attending the Vancouver and Surrey Vaisakhi parades. For the Liberal Surrey Centre MP, the event brings back early childhood memories of celebrating the event with his family and community.

In the Lower Mainland, the event draws thousands of people to both the Vancouver and Surrey parades, which will take place on April 15 and 22, respectively.

Daily Hive got the chance to ask Sarai what Vaisakhi means to him and how the event is expanding relations between Canada and India.

What are some of your earliest memories of Vaisakhi?

Some of my earliest memories are when I was about eight or nine years old attending Vaisakhi in Vancouver. It was the highlight of the year for us. There was a lot of food, a lot of celebration, you got to see the community all at one time.

The Vaisakhi parades in the Lower Mainland are now some of the largest outside of India. What does this mean for you as an Indo-Canadian?

I think it just shows that we are integrated into the community at large and our celebrations are no different than Christmas or Easter or other holidays. The widespread community is now engaging with ours. It shows acceptance and Canada’s reflection of diversity.

Can you tell us how relations between Canada and India go beyond events like the Vaisakhi parade?

I think Canada has a huge advantage having one of the most diverse governments in the world.  In that diversity, there is a large Indian diaspora that is representative in Canada’s government. I think this really helps because they come from different parts of India they have language skills and they can be instrumental in developing closer ties with India.  I think that is one of the goals of Canada’s global affairs division to increase trade and global relations. Our government is very proactive in using our pacific-gateway positioning to increase that.

We have five ministers who have already gone to India to increase the role of trade and diplomacy between both countries. It’s getting better and better.

What does the Vaisakhi parade mean for you and your family?

I have three kids. A 13-year-old, an 11-year-old, and a seven-year-old. It’s one of their highlights of the year. Especially in Surrey, they have a lot of rides starting this weekend because there is a fair that goes on at the Gurdwara (Sikh temple). They get tons of food. They take full liberties of that and they get to go on some of the floats as well.

I go to both parades every year. It’s something I have done even before politics. I’m a fan of both parades. Obviously, the Surrey parade is closer to my heart as it’s my riding now. But I have been going to the Vancouver one ever since I was younger.

What would your message be for those who have never attended a Visakhi parade before?

The first thing people should know is that it is a spiritual and cultural event. For Sikhs, this is the birth of their identity. It’s a day we commit to equality and freedom of religion and to uphold justice for everyone. Beyond the food and festivities, it is a very important day for Sikhs. It’s a welcoming event and it’s open to anyone of any walk of life.

This interview has been edited for length and clarity.