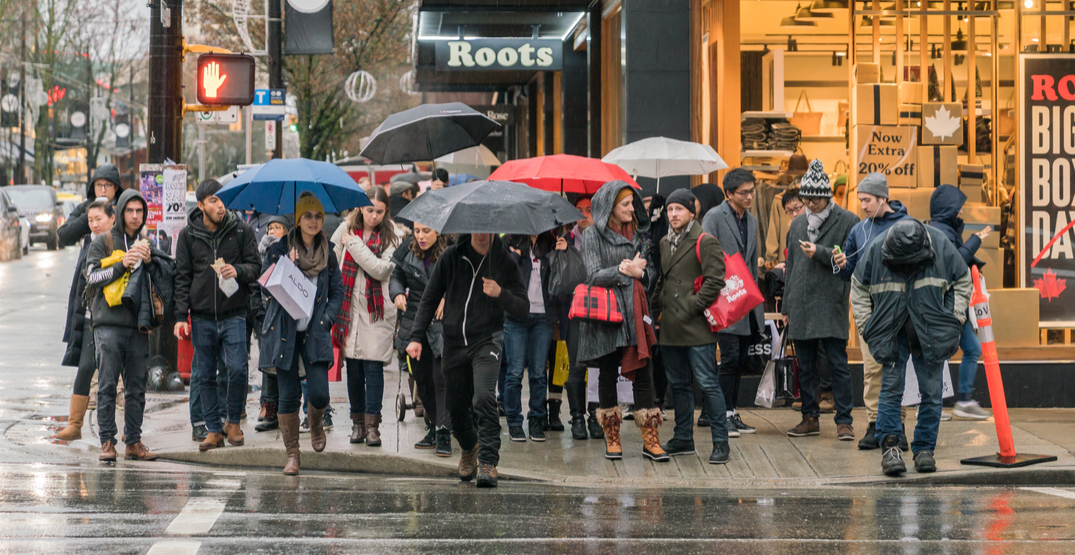 While Vancouver often tops global lists as one of the world’s most liveable and beautiful cities, it is also apparently one of the unhappiest places in Canada.

This is according to a new study conducted by researchers at McGill and the University of British Columbia.

The study titled “How Happy are Your Neighbours” examined 400,000 observations from Statistic Canada’s Community Health Surveys and the General Social Surveys.

The study divided the country into 1,215 geographic regions, using natural, built, and administrative boundaries. Survey results were used to measures satisfaction with life (SWL) on a scale between 0 to 10.

According to John Helliwell, a professor emeritus of economics at UBC and a co-author of the study takes a large number of communities and streamlines them to create a better understanding of how happy people are in Canada.

“It’s nice to know how happy Canadians [are], particularly when it comes to community belonging,” Helliwell told Daily Hive.

The survey found that there are “robust differences in life satisfaction between and across urban and rural communities.”

While the report did not rank cities from happiest to unhappiest, it did highlight a previous study co-authored by Helliwell that determined Vancouver and Toronto both tied for the bottom spot in all 98 Census Metropolitan Areas and Economic Regions in Canada.

“With this new data, we have produced maps in all neighbourhoods in Vancouver and Toronto and we found that some places within these city regions are happier than others,” explained Helliwell.

“One of the things we point out is how it varied it is. For instance, metropolitan areas of Surrey, BC, were some of the least happy in the country. But when you look at more specific neighbourhoods within Surrey, those areas are some of the happiest.”

According to the study, several factors contribute to happy cities and towns, including community belonging and social trust. The study found that factors like household income and unemployment rates did not “differ significantly between the top and bottom” happiest and unhappiest towns and cities.

Helliwell says that we can’t completely disregard household income and unemployment as important factors as they do matter, just on a different scale.

“The richest neighbourhoods in Canada are certainly not the happiest,” he said.

To truly foster happiness in our communities, Helliwell emphasizes the importance of building a sense of belonging and social trust.