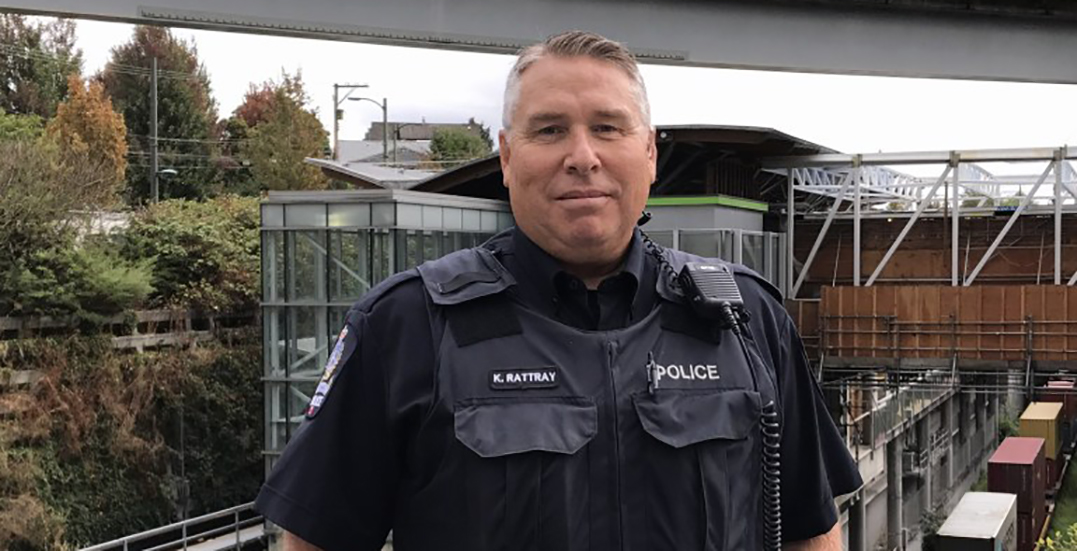 Constable Kirk Rattray moved into the newly-created role earlier this June. He joined Transit Police in 2014 and prior to the move, served as a Neighbourhood Police Officer for the East Vancouver and North Shore.

The Metro Vancouver Transit Police says that creating the position of Indigenous Liaison Officer “has been a priority” for a “number of years.”

“It is our hope that the position will bring collaborations and understanding that will help guide our department toward better serving the Indigenous community,” Transit Police said in a statement.

The detachment also credits “Indigenous groups who offered their wisdom to us,” as well several reports that have “been invaluable sources of guidance.”

In addition to being a Transit Police Officer, Rattray serves as a board director of the Vancouver Aboriginal Community Policing Centre and has worked closely with the VPD Diversity, Inclusion, and Indigenous Relations Section.

He was welcomed with a traditional smudging and cleansing ceremony.