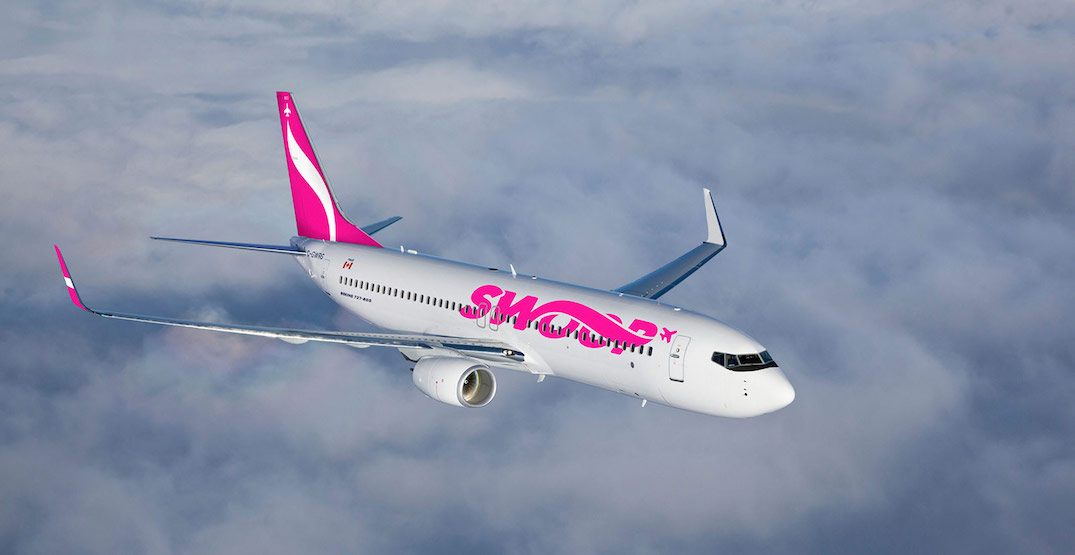 Swoop swept us off our feet on Thursday morning when it announced flights as low as $7.50.

With our usually pricey airline costs, the cheap flights, although from smaller airports rather than major hubs, were welcomed by Canadians. But what exactly is Swoop? Where do they fly to/from? And how is the cost so low compared to other airlines?

Swoop is WestJet’s ultra-low-cost carrier (ULCC) and Bob Cummings, WestJet Executive Vice-President, describes it as “travel without the flair.”

What does that mean?

It means you’re just paying for your seat, and are limited to 1 personal item. This item must fit under the seat, and is limited to the following size: 41 cm x 15 cm x 33 cm (16 in. x 6 in. x 13 in.) Additional carry on or checked luggage will cost you between $36 to $92, depending on where you purchase the added fees.

According to the airline, “The customer is in control of what they pay, purchasing only the seat and adding the features they want without having to pay for those they don’t. Features for purchase include a bag, movies and Wi-Fi, more legroom or less, and buy-on-board snacks and beverages. Bringing a small personal item on board is free.”

Where does it go?

Initial service for Swoop starts from Abbotsford, Hamilton, Edmonton, Winnipeg and Halifax. The airline expects to add more airports in the future.

When does it start flying?

Additionally, Swoop’s service between Abbotsford and Edmonton will start July 25, 2018 and will operate three-times daily. Overall, the airline will have 45 weekly flights: 24 weekly flights from Hamilton and 27 from Abbotsford.

The short answer is yes.

Swoop announced that it is celebrating its launch with the first 2,000 seats being “on us with limited $0 fares plus taxes and fees (each way) on launch routes.” The $7.50 cost was for the tax and fees on the special zero dollar fare, which we imagine has been ‘swooped up’ by now.

What about the fleet?

The airline says its flights will be on Swoop’s fleet of modern Boeing 737-800 aircraft with 189 seats.

Tickets are on sale now for flights, but expect most of those epic introductory prices to be gone by now.

At Swoop our mission is simple – to make travel affordable, easy, and accessible to all Canadians. We do this by keeping costs low, and passing the savings on to our travellers with low, unbundled fares enabling a customized experience. #FlySwoop pic.twitter.com/bfIzlO6s3t