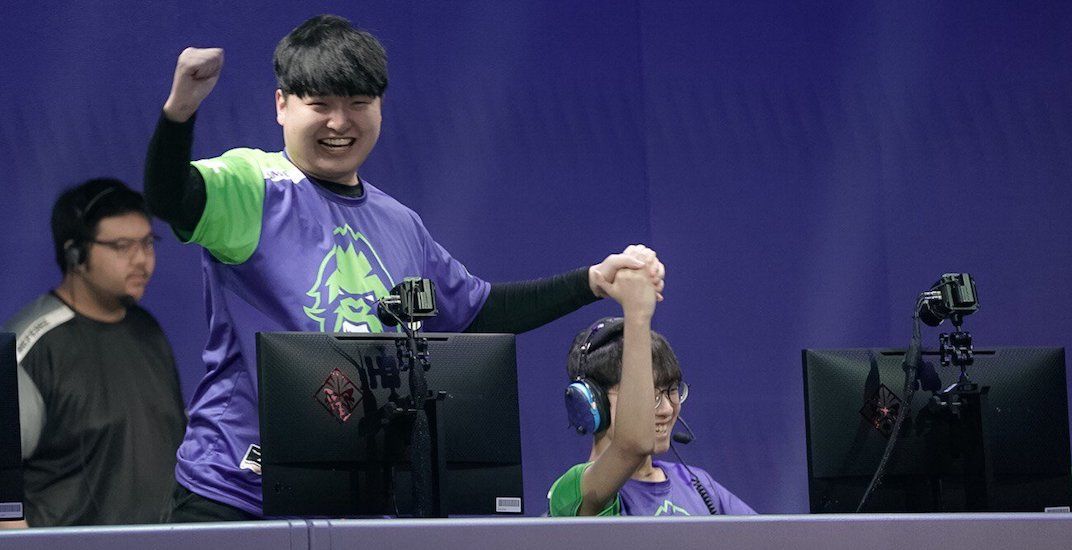 The Overwatch League (OWL) 2020 season schedule has been released and dates have been locked in for live esports matches at Rogers Arena.

Earlier in May, the OWL announced that teams would move to a home and away format for next season. The season, which runs from February to August, will include 28 matches and at least two weekends of competition in each team’s home city, dubbed as “homestand weekends.”

The 2020 schedule will also see the Vancouver Titans undergo a three-week trip to China and South Korea in February and March, and a two-week European swing in June.

What fans can expect

Although details have yet to be finalized, esports fans can look forward to day-long events and plenty of activations during Vancouver’s two weekends.

“Homestands are going to have a party-like atmosphere,” said Tim Holloway, Director of Esports at Aquilini Entertainment, in a conversation with Daily Hive. “We’re planning on having live music activations with DJs, as well as family-friendly activations.”

Holloway explains that homestand weekends will also be designed with the goal of being community-focused events.

“The goal for us is to build this out from the ground up with the community,” he explains. “We want it to be a really big draw for our longtime fans, but also for those who are new to the esports scene.”

Now that the OWL’s 2020 schedule has been finalized, the Aquilini Group will also be looking into the idea of outdoor activations around the plaza.

Holloway tells Daily Hive that Rogers Arena will have an estimated capacity of 6,000 fans for the homestand weekends, although the number is subject to change as the event draws closer.

“This number is something that can grow,” he says. “Market research and homestand weekends in other cities will give a better indication of what we can expect.”

Tickets are expected to be offered using a multi-tier model, with the option of purchasing general admission passes, floor and bowl seats, and a VIP package. Holloway says that weekend bowl seats will be priced at $80 and floor passes will be approximately $180, although all prices are subject to change.

A deposit program will also open at the end of the month, allowing for fans to secure priority seating for the homestand weekends.

The Vancouver Titans’ 2020 season will begin on Saturday, February 8, 2020, against the Los Angeles Gladiators in Dallas, Texas.

A homestand weekend is a two-day event that takes place in a team’s respective city involving several other teams. Although new to Rogers Arena and the Vancouver Titans, the OWL has already begun testing homestands in Dallas, Atlanta, and Los Angeles.

There are likely to be no conflicts with the Vancouver Canucks’ schedule, provided the team doesn’t make an improbable deep run in the Stanley Cup playoffs.

The second homestand weekend will spotlight two matches against American teams in Fourth of July fashion. The Vancouver Titans will play the Atlanta Reign on Saturday and the Philadelphia Fusion on Sunday.