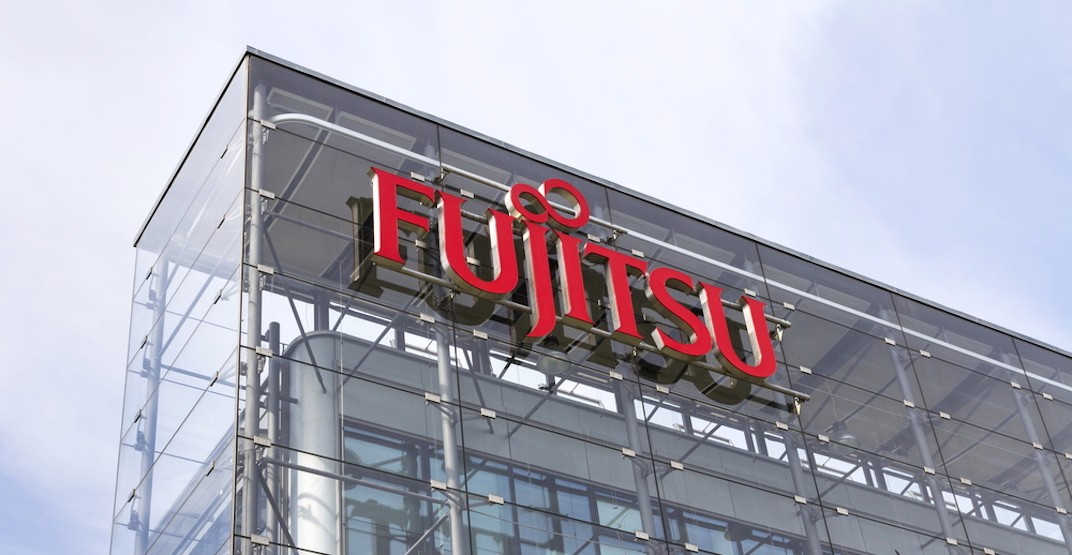 Fujitsu logo on a building. (Shutterstock)

In recent years, the city has developed a global reputation for having one of the world’s largest clusters of forefront AI companies — and now, it can add Fujitsu to the list.

The Tokyo-based multinational company recently opened its global AI headquarters office at One Bentall Centre in downtown Vancouver. It is a relatively lean operation right now, but by the end of the year its workforce could nearly triple, with continued growth expected over the coming years, matching the exponential growth of market demand for AI-based solutions.

According to Dean Prelazzi, vice-president and head of business development and marketing for Fujitsu Inteligence Technology (FIT), Vancouver is a highly strategic location for the company.

“[There is] tremendous innovation, a big ecosystem, lots of opportunities to work in collaboration with a variety of organizations and companies, and the startup ecosystem is particularly rich and diverse,” Prelazzi told Daily Hive.

He further emphasized Vancouver’s importance to FIT: “We are committed to being here.”

Local universities, namely the University of British Columbia and Simon Fraser University, provide the local ecosystem with an immense research environment. This is coupled with the industry-level research-and-development outputs and capacities of local giants in quantum computing and data science, specifically TRIUMF, D-Wave Systems, and 1QBit, which is closely associated with Fujitsu.

Vancouver also has close connections with Asia, especially Fujitsu’s homebase in Japan, and Silicon Valley, and it is also important for FIT to establish a presence in North America, given that is the largest market in the world for AI “by a long shot.”

Government policies on the federal level are also helping catalyze the country’s global leadership in AI. In 2017, Canada became the first country in the world to establish a strategy for developing AI, and this was paired with $125 million in public funding spanning a period of five years.

“As a result of this strategy, Canada is at the forefront globally of leading this cerebral thinking of AI and its impact on society,” he said.

While Japanese AI in popular media may be more commonly associated with the development of robotics, FIT’s mandate is more grounded in optimizing and commercialization calculations of high-variable problems that were previously beyond the capacity of conventional computing.

This is also about being proactive, before technological developments on computing hit the wall on the limits of Moore’s Law.

FIT’s work in Vancouver centres around its quantum-inspired digital annealer, which combines the power and speed of quantum computing using everyday physical equipment.

He pointed to FIT’s ongoing work with European shipping company Konsberg, which uses the company’s technology’s to analyze weather data to determine the best and most efficient open ocean routes for its cargo ships.

By using AI to optimize vessel fuel usage, it is estimated each cargo ship could save up to $1 million per year in marine fuel costs, and in the process also reduce the level of high sulfur emissions.

In other transportation analysis work for the Japan Post Service, the optimization of route combinations, truck types, and mail and cargo led to an 8% reduction in the number of postal vehicles, 30% reduction in driving time, and 7% reduction in costs.

More recently, FIT began working with the City of Montreal to improve its services and mobility through smart city applications.

There is immense potential for its AI to be used to optimize manufacturing, particularly the monotonous tasks of production line robots, and even in-store retail. Applications of AI in stores can increase customer engagement and improve self check-out systems, with new AI-powered methods that reduce increasingly apparent fraud problems at the honour system-based kiosks.

In the financial sector, AI is already being used to model the potential direction of stock markets, analyze signatures, help detect fraudulent patterns, and improve security.

And AI in healthcare could go as far as assisting with biopsy diagnostics, helping healthcare practitioners reveal hidden correlations, identify previous care patterns, and create data that previously was not available.

“We’re still challenged in pushing the upper limits of where we need quantum to be in order for it to be integrated as a mainstream operation to solve large problems in production,” said Prelazzi.

Fujitsu employs 140,000 people globally, and it also has offices in Toronto and Montreal. Founded in 1935, the Fortune 500 company is the world’s second oldest information technology company — just after IBM and ahead of Hewlett Packard.