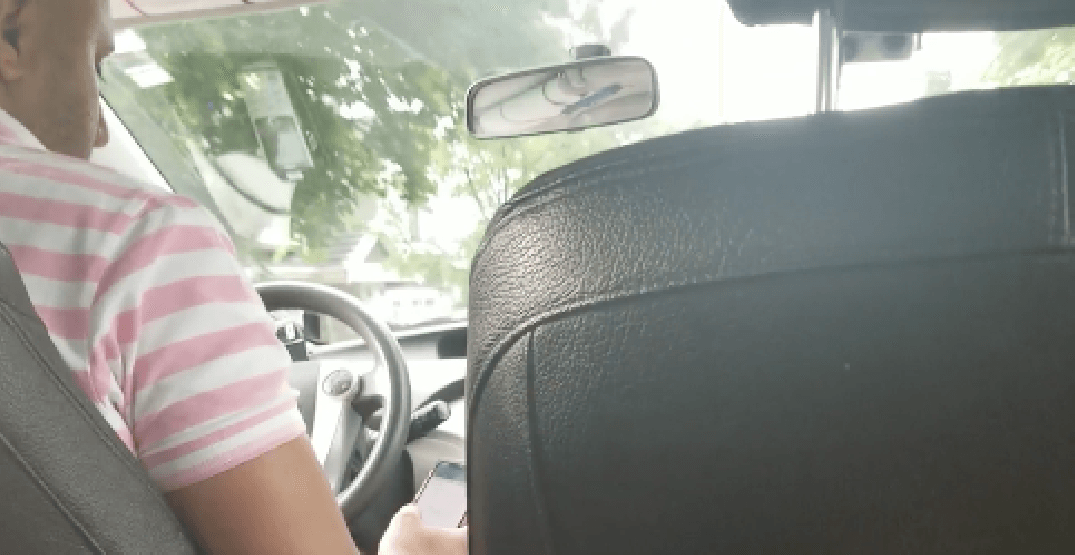 A Yellow Cab driver has been suspended from his job, after video shared online shows him repeatedly checking his phone with a passenger in the back seat.

A video of the incident posted on Reddit by user ImCorrectAlwaysTBH shows the driver having a full conversation while driving with one hand and checking his phone with the other.

Yellow Cab General Manager Carolyn Bauer told Daily Hive she was made aware of the incident, calling it “unacceptable, very dangerous,” and illegal.

“This was not tolerated,” she said. “The driver has been suspended and I have sent a copy of the video along the driver’s name and DL number to the VPD Taxi Detail as they issue the chauffeur permits in Vancouver.”

The person who shot the video said they asked the driver to put his phone down three times, and that the driver almost hit a parked car during the trip.

The incident was allegedly recorded right beside an elementary school, and even after being yelled by the passenger to turn his phone off, the driver “put it in his cup holder and was still staring at it after I asked repeatedly.”

Hands-free is the law in BC, and distracted driving carries a $368 penalty.

Stay classy, Vancouver Yellow Cab. I asked him 3 times to get off his phone and he almost hit a parked car. from r/vancouver