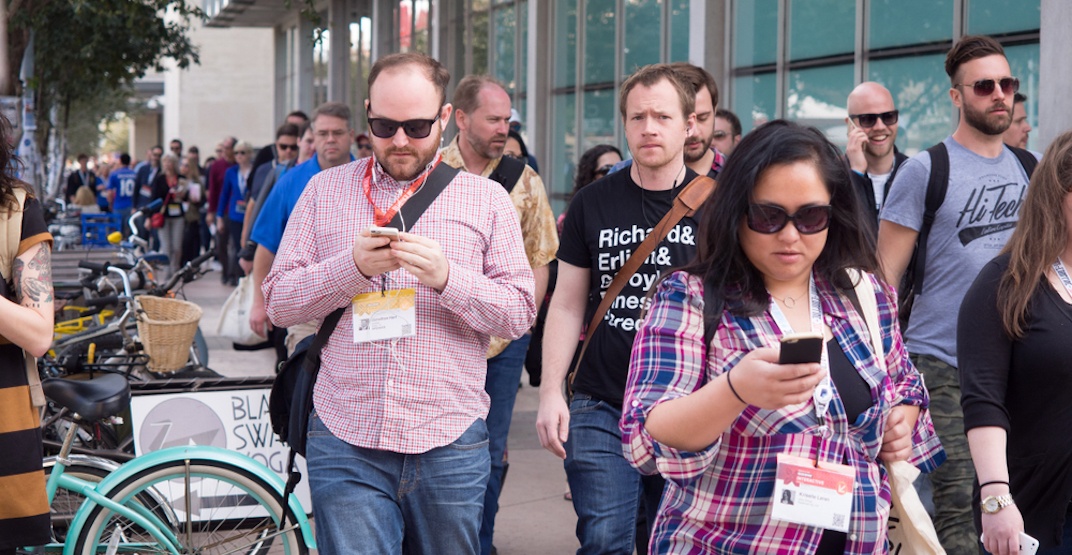 Crowds at South By Southwest (SXSW) conference in March 2018. (Shutterstock)

There will be a showcase of Vancouver’s augmented and virtual reality (AV/VR) ecosystem at Canada House’s Vancouver Day on March 10, with keynote speeches from EndeavorVR CEO Amy Peck and Women in XR Fund founding partner Martina Welkhoff, as well as a panel on how Vancouver has risen to become the second largest AR/VR hub in the world.

There will also be representatives from a number of other local companies such as Conquer Experience, Motive.io, and the VR/AR Association, plus AR/VR demonstrations from Shape Immersive, Eyexpo Technology, and Volumetric Camera Systems.

Vancouver Day is intended to demonstrate to the global tech business community why Vancouver is a leading destination for tech investment and industry events, including SIGGRAPH, the VR/AR Global Summit, and the annual TED Global Conference.

“It’s been exciting to be part of the huge growth in the Vancouver and BC VR/AR community,” said Dan Burgar, president of the Vancouver chapter of the VR/AR Association in a statement.

“Seeing the number of companies working in this space expand from 15 to more than 220 over just a few years validates why we need to show the world that the city is ripe with opportunities. One of our goals is to collaborate with global organizations to develop our reach across borders, and continue that momentum. After our highly successful activation at the festival last year, we realized SXSW is a perfect platform to spread that message.”

Other showcases will focus on Vancouver’s emerging eSports scene, which was highlighted in 2018 by the city’s hosting of the six-day International DOTA2 championship at Rogers Arena and the launch of the Vancouver Titans — one of the 20 professional eSports teams in the global Overwatch League.

Additionally, Vancouver Day will also feature a number of activations that feature the city’s culture, including an acro-yoga demonstration and a hand-picked program of Canadian music with a focus on Vancouver artists.

SXSW is North America’s largest annual interactive art, music, and technology festival. This year’s event is held from March 8 to 17.