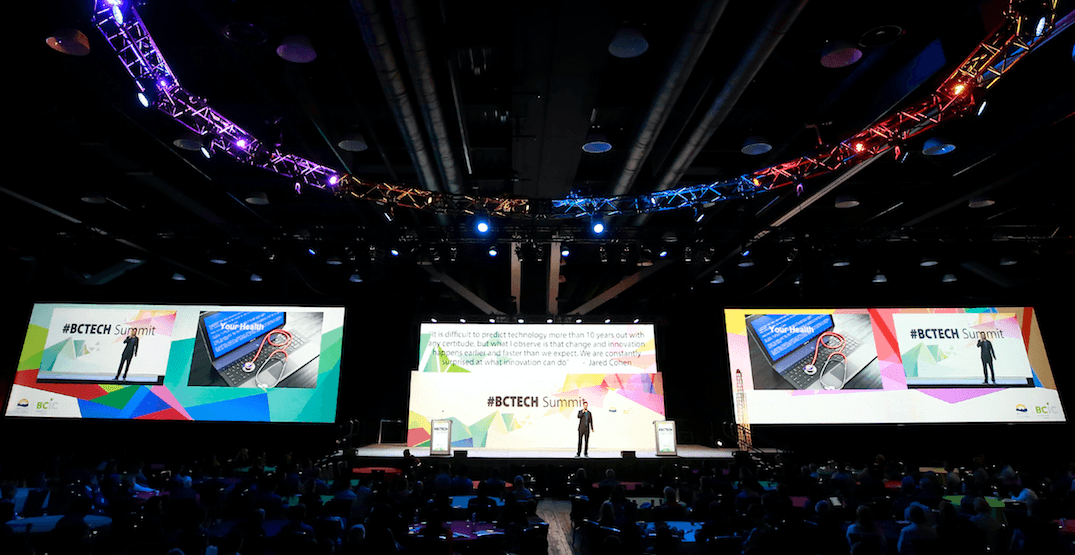 BC’s tech sector is ripe with talented entrepreneurs and fearless innovators and the #BCTECHSummit showcases BC’s vibrant technology industry builds cross-sector and cross-border opportunities for businesses and explores the latest ideas and innovations solving challenges and fuelling the global economy.

The three-day long event runs from Monday, March 11, to Wednesday, March 13 and is being held at the Vancouver Convention Centre.

The Government of Canada has invested $950 million to the Innovation Superclusters Initiative — an ambitious strategy to energize BC and Canada’s economy.

Next month, the CEOs of all five of the country’s business-led Innovation Superclusters are set to appear together for the first time ever at the #BCTECHSummit. Check them out below:

Sue Paish has led transformation and innovation across professional services, healthcare and technology – driving business growth, and leading large-scale organizational change. Paish is the inaugural CEO of Canada’s Digital Technology Supercluster – one of the most innovative and meaningful initiatives for the Canadian economy in a generation.

Bill Greuel is the CEO of Protein Industries Canada, one of Canada’s five superclusters focussed on growing the value-added and food processing sector. He has an extensive background in the agriculture industry. Most recently, he served as the Assistant Deputy Minister for the Saskatchewan Ministry of Agriculture. His Ministry experience also includes Executive Director of the Crops and Irrigation Branch, Provincial Oilseed Specialist and Research and Development Manager. In addition to his public sector experience, he has also worked for a biotech start-up, spent several years in the canola seed industry and earned progressive leadership roles within a major life science company.

Julien Billot has 25 years years of experience in the AI, Telco, media and Yellow Pages industry. He has now decided to embrace disruptions by focusing on AI in the making. Scale AI is one of the five superclusters created by the Government of Canada in 2018 and is the only one dedicated to AI.

Kendra MacDonald is the inaugural CEO of Canada’s Ocean Supercluster responsible for driving innovation and growth in the ocean economy. MacDonald was previously a partner in Deloitte’s Risk Advisory practice and the Chief Audit Executive of Deloitte Global. She has worked with a number of clients across multiple industries, small and large, public and private in the areas of governance, risk management, cyber security, internal and external audit. She is a frequent speaker and facilitator on the topics of innovation, future of work and disruptive technologies and is currently the Chair of the Newfoundland and Labrador Association of Technology Industries. She has had the opportunity to live and work in Ottawa, Montreal, Australia and Hong Kong before moving to St. John’s in 2010.

Jayson Meyers has more than 25 years’ experience building alliances among businesses, academic institutions, as well as community, labour, and advocacy organizations. Between 2007 and 2016, he served as President & CEO of Canadian Manufacturers & Exporters, Canada’s largest industry and trade association.

He was also the founding Chair of the Canadian Manufacturing Coalition, Vice Chair of Canada’s National Roundtable on Skills, and Vice Chair of the Ontario and Great Lakes Manufacturing Councils. He studied at Queen’s University and the University of British Columbia in Canada, as well as at the London School of Economics and Oxford University in the United Kingdom. He has held appointments as a Research Fellow at Nuffield College, Oxford, and as a lecturer in politics, economics, and international studies at both Oxford and the University of Warwick.

#BCTechSummit 2019 — Innovation Superclusters & How They Will Supercharge Canada’s Economy