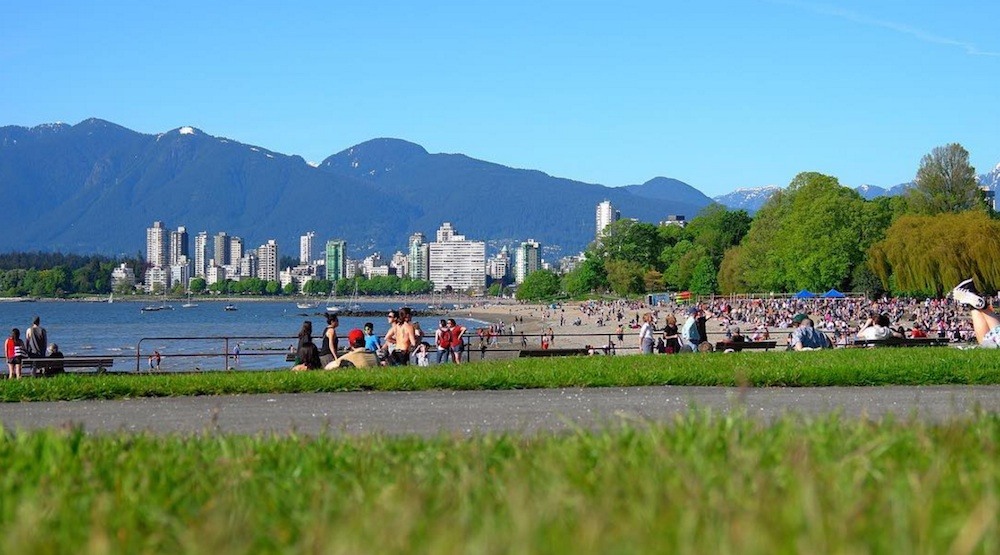 Beachgoers enjoying the warm weather and sunshine on Saturday, May 20, 2017 at Kitsilano Beach in Vancouver. (cakebrain / Instagram)

After months of seemingly never-ending miserable cold and wet weather, Vancouver is finally experiencing an extended period of warm temperatures and sunshine.

And as it turns out according to Environment Canada’s records, this is the first sunny, rain-free long weekend in 18 years. The last time this happened throughout the entire three-day weekend was in 1999.

But so far, it falls short of beating heat records. Temperatures reached 19°C at the weather station at Vancouver International Airport on Saturday, below the record of 24°C experienced in 1963 on the same day.

While warm and sunny conditions are expected to continue Sunday through Tuesday, with temperatures steadily increasing to a high of 23°C near water and 26°C further inland, there is a small chance that periods of localized showers could be mixed with sunshine on Wednesday.

However, clear and warm temperatures will resume towards the end of the week and continue through next week, based on current forecasts. There is also a greater chance on Monday that heat records could be broken.

As Vancouverites have not experienced real summer-like weather in the city since last year, they were out in full force on the streets and at parks and beaches yesterday. Here are some beautiful scenes of an active city under warm blue skies:

Sunsets on clear evenings after a very very wet season… I feel like I can finally breathe again! #sunsetlovers #vancouverisawesome #dailyhivevan