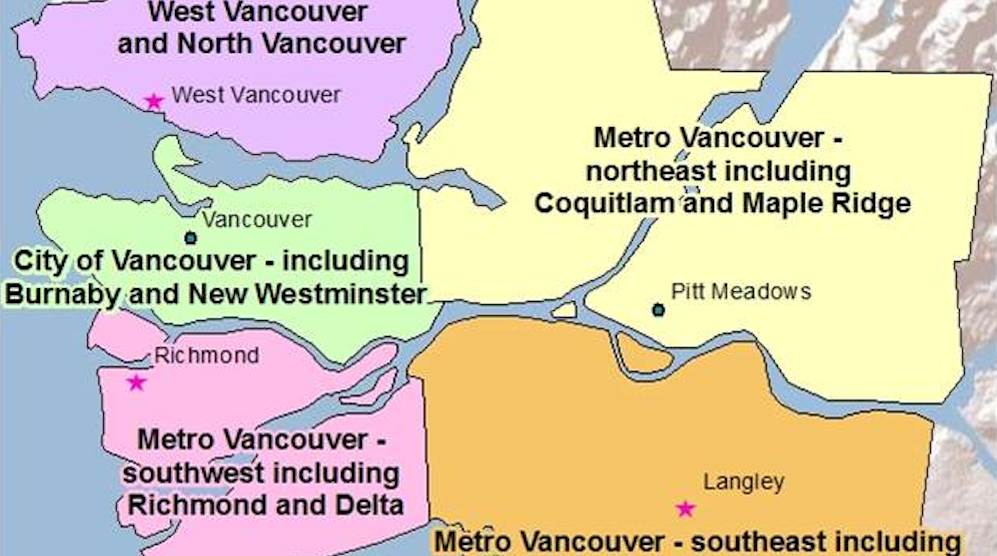 Just like San Francisco, Metro Vancouver is a region of distinct microclimates with varying weather patterns, and that is now being acknowledged by Environment Canada in how it provides the public with forecast information.

For years, the federal weather agency generated its forecast for Metro Vancouver based on the readings and observations it received from the main weather station at Vancouver International Airport (YVR). Essentially, everyone gets the weather forecast for YVR, even if they are living 30 kilometres away in Langley.

But this system has changed as of this week.

To provide residents with a more precise forecast, Environment Canada will be generating public forecasts for five smaller subdivided regions: 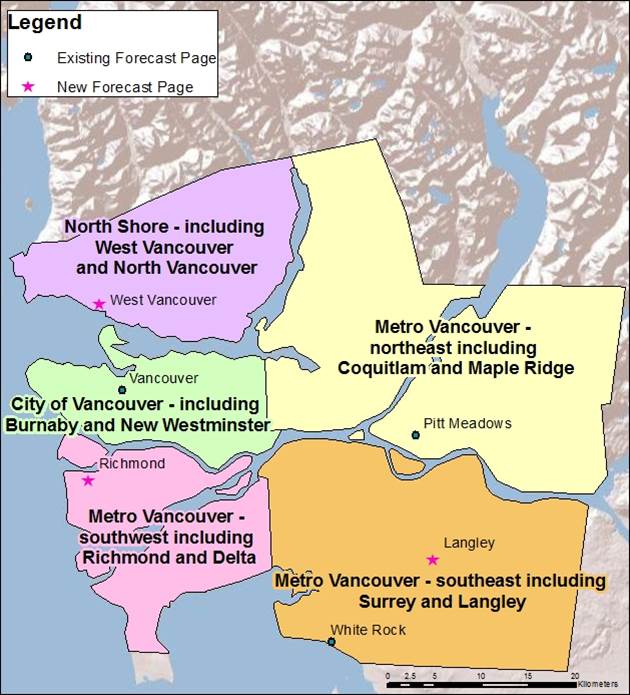 A region of microclimates explained

The change will likely provide residents with a more accurate forecast given the varying conditions that can be generated by factors like location, elevation, and proximity to sea waters.

For instance, forecasts from YVR generally project a milder forecast and reading since Sea Island is located at sea level and right next to sea waters.

Depending on location, the conditions for the city of Vancouver can vary greatly from what goes down in YVR.

The downtown Vancouver peninsula is warmer and sees less snowfall because it is surrounded by water and at a low elevation. More importantly, the dense cluster of tall buildings creates an urban heat island.

As another case in point, areas in the Vancouver Westside see varying weather. During a forecasted snowfall event, a residence near Jericho Beach and Spanish Banks might only see a dusting of snow while other areas of West Point Grey and the nearby UBC campus could experience several centimetres due to the higher elevation and the location’s proximity to the forests of Pacific Spirit Park, which provides a cooling effect.

Over much of Surrey and Langley, particularly the easternmost areas, these municipalities see extreme conditions that closely follow the same patterns in the neighbouring Fraser Valley. Temperatures here can be several degrees lower or higher than Vancouver.

During the winter, the area sees colder temperatures as they face the brunt of the frigid arctic outflow air streaming out of the valleys and are a distance away from the warming influence of sea waters.

But in the summer, areas in these municipalities can be scorching hot, sometimes even five degrees warmer than areas by the water such as YVR and downtown Vancouver.

With the municipalities on the North Shore mountains, and to an extent the Tri-Cities as well, these are the wettest areas in the region given that they are on the windward side of the mountain range.

These areas experience ample rainfall – and snowfall in higher elevations – due to the orographic precipitation effect when winds carry moisture-rich air over higher terrain. When the air rises and cools over the mountain, clouds form and become a major source of precipitation.

These three municipalities south of the Fraser experience the least rain, the most sunshine hours, and the mildest temperatures in Metro Vancouver as they are furthest away from the orographic precipitation effect of the mountains on the North Shore and in the Fraser Valley.

While downtown Vancouver experiences a dark overcast and a downpour, Tsawwassen at the southwesternmost corner of the region could be experiencing clear skies and sunshine with zero precipitation for the day.

New forecasts for other BC regions 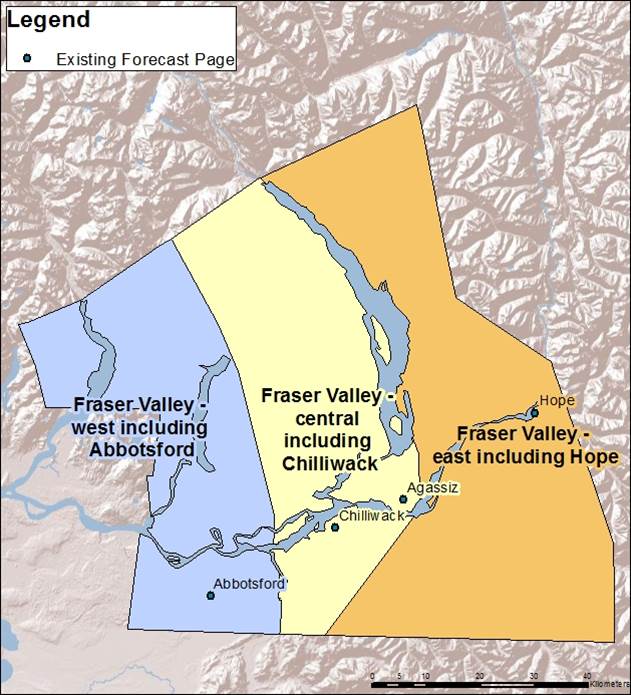