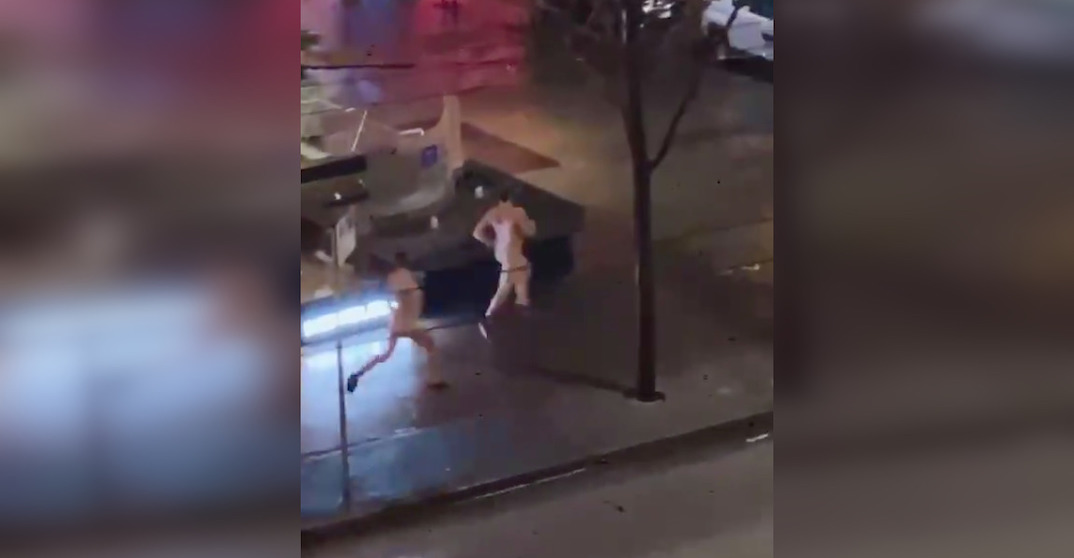 This story contains images of nudity and the video uses profanity. Discretion is advised.

Two men ushered in 2021 by streaking through the streets of downtown Vancouver in the early hours of Friday morning.

BC health officials announced a public order that shut down booze sales at 8 pm on New Year’ Eve but that didn’t seem to stop a couple of men from getting pretty rowdy.

Shot at Robson and Cambie Streets in Vancouver at 12:05 am, two streakers decorated the otherwise empty streets of downtown by going for a light sprint. And by light, we mean dressed only in shoes.

They say whatever you’re doing at midnight on New Year’s Eve is what you’ll be doing for the rest of the year. If that proves to be true, expect these guys to put in some serious kilometres over the next 365 days.