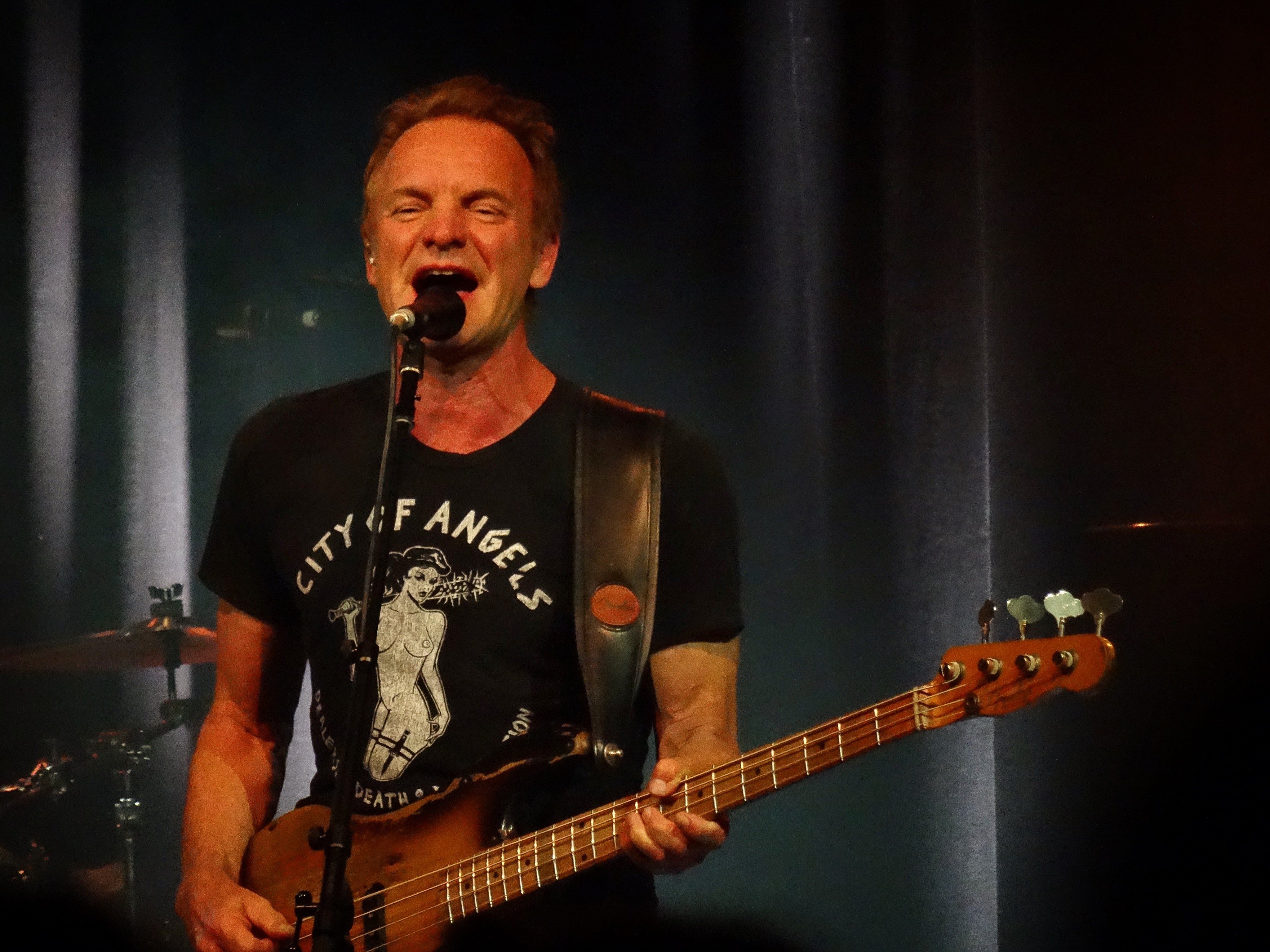 Curious as to why there were hundreds of people lined up on Granville Street yesterday? It wasn’t for Yeezy Boosts – legendary singer-songwriter Sting kicked off his buzz-worthy club tour at the Commodore Ballroom on Wednesday, giving fans a heavy dose of new songs with a small helping of classic tracks.

During his 40 year career, Sting has sold 100 million albums, has taken home 16 Grammys, and was inducted into the Rock & Roll Hall of Fame in 2003. All of which begs the question: why is he playing rinky-dink venues when he has no problems selling out stadiums worldwide? 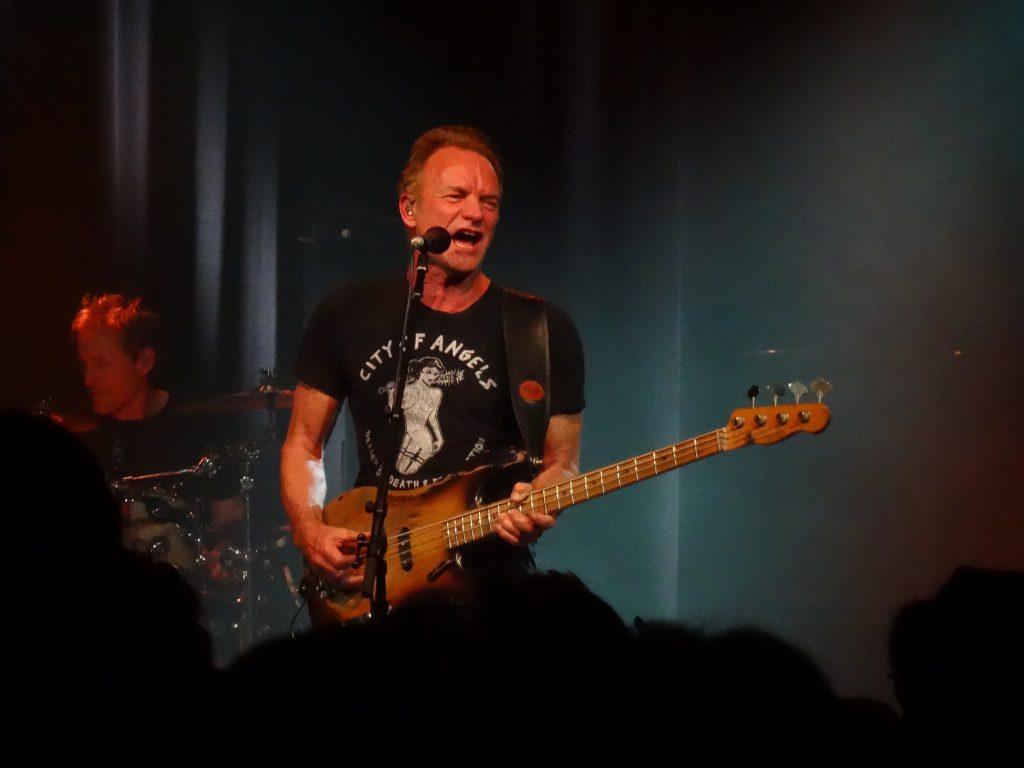 For starters, he’s got a brand new album out, his first “rock” disc in more than a dozen years. 57th & 9th, which got its name from the New York City intersection where Sting recorded the album, is a return to form for the ex-Police man, who spent the last decade dabbling in classical tunes and musical theatre.

57th & 9th, which features contributions from last night’s openers The Last Bandoleros, is one of Sting’s most intimate releases to date, making the Commodore Ballroom the perfect venue for the icon to bust out some unfamiliar material before taking his show on the road.

Sting, born Gordon Sumner, is also no stranger to the historic Vancouver club. “The first time I played in this wonderful ballroom was in 1979,” he said to huge cheers. “Don’t pretend you were there!” he joked.

“I remember those gigs more than I remember the stadium ones, and it’s brilliant to be back.” 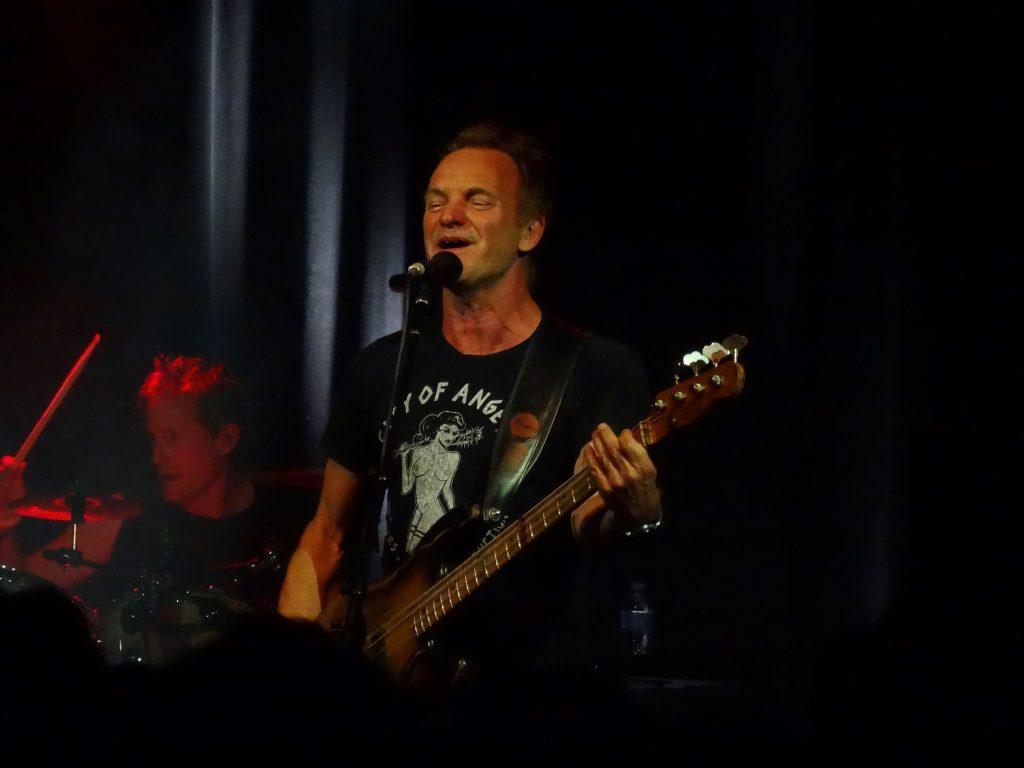 Over the course of the evening, Sting played more than half of 57th & 9th including “One Fine Day”, a standout album track that tackles environmental issues. “There’s a lot of talk these days about climate change, and I would really love to live in that world where climate change is a hoax,” he said.

“Donald Trump says it’s a hoax. I’d be extremely happy to be wrong about this.”

Also making an appearance was “50,000”, a new song that pays tribute to fallen comrades like David Bowie, Prince, and Motorhead’s Lemmy Kilmister. Sting’s son Joe Sumner, who played a couple of tunes before his father’s main set, performed a solid cover of Bowie’s “Ashes to Ashes” just before Sting sang “50,000”. 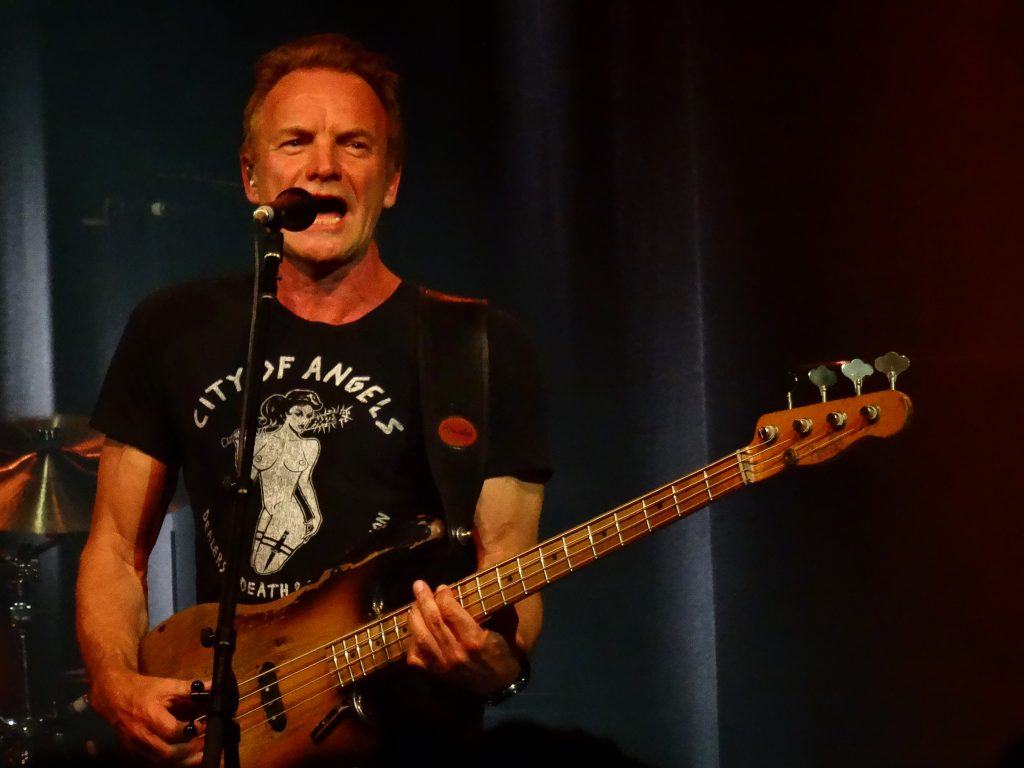 Those who came expecting a hits retrospective weren’t completely disappointed, as the second half of the show was loaded with chart-toppers and fan favourites. “Roxanne” and “So Lonely” were both performed (just as they were at The Police’s 1979 Commodore Ballroom concert), and “Message In A Bottle” caused the 1,000-strong crowd to lose their collective shit.

“THIS is why we start in Vancouver!” he declared.

Sting warned us at the top of the show that there would be “a few mistakes and a few fuck ups” during the night’s proceedings, but save for a bizarre, reggae-flavored version of “I’m So Happy I Can’t Stop Crying”, the show went off without a hitch. The 65-year-old stunner had littler trouble captivating the packed house, who hung on every word he spoke and every breath he took for two-plus hours.

Sting’s tour continues through April, with stops in Toronto on March 5 and Montreal on March 6 (tickets available for purchase here).