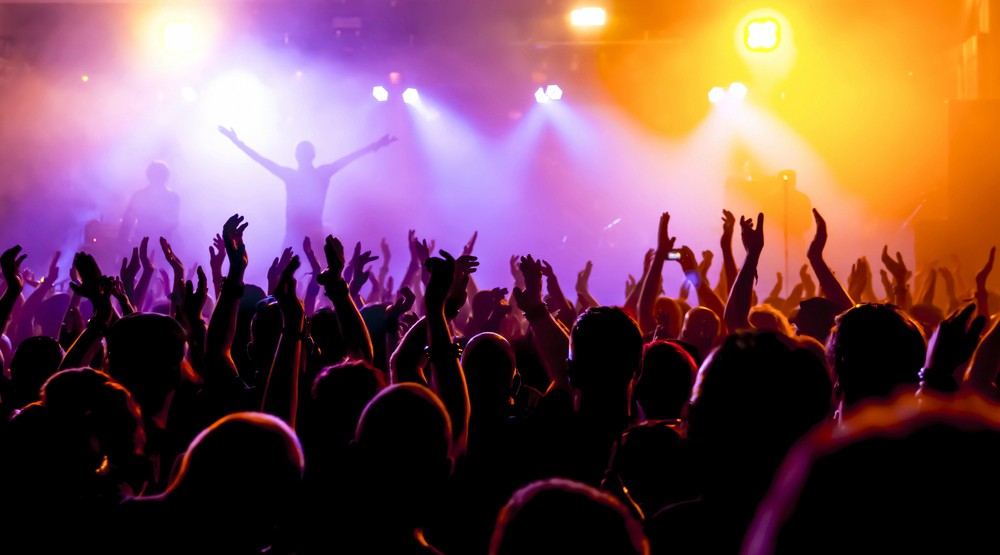 February may be a short month, but it’s filled with some amazing live shows.

From Sting to Vince Staples, there are a variety of talents stopping in the city this month. Get your calendars out because you’ll want to start planning what concerts to check out.

Grab your pals, and we’ll see you at the show!

After launching his 12th solo studio album this weekend, his first rock/pop album in over a decade, British superstar Sting is hitting the road this spring to tour the world, and he’s stopping in Vancouver on February 1. For the 57th & 9th tour, the 16-time Grammy Award winning 65-year-old will be joined by a three-piece band and special guests Joe Sumner and The Last Bandoleros.

Arkells’ upcoming Canadian tour is named after their most recent album, Morning Report. This album shows a different side of the Ontario group, moving towards the progressive sounds of Top 40 Pop. But don’t think you’ll be hearing bass drops and AutoTune during their February concert – the band still has their intuitive and eclectic musicality.

You’ve probably heard this three-time Juno nominee’s catchy single “Can I Get a Witness” on the radio recently. SonReal is breaking into the mainstream and returning to his hometown to perform hits from his latest EP The Name.

Canadian Brother-sister duo Megan James and Corin Roddick are brining their electronic synth-pop sounds to Celebrities nightclub. Purity Ring took off with their first album Shrines in 2012. Since then, they released their second album Another Eternity in 2015.

One of our favourite New York duos is back to get your February on a dancey start. Ben “B-Roc” Ruttner and James “JPatt” Patterson topped charts in 2016, with the success of their EP 55, which featured collaborations with Fetty Wap, Cam’ron, Wyclef Jean, and Carly Rae Jepsen.

Australian electronic music duo Adam Hyde and Reuben Styles first gained attention in 2012 with the release of their Passion bootleg remix. The pair has played numerous shows around Australia, Asia, and North America, and they will be bringing their high-energy sounds to Vancouver in February.

Montreal’s Sam Roberts and his band are taking their latest album on the road with a stop in Vancouver. Making his debut back in 2002, Roberts has gone on to win multiple Juno Awards. In March of 2016, Sam Roberts Band took up theBathouse, The Tragically Hip’s studio near Kingston, Ontario to record their sixth full-length album, TerraForm.

American hip-hop duo El-P and Killer Mike, also known as Run the Jewels, heading on tour after the surprise release of their album Run the Jewels 3, on Christmas Day. The duo added a third show to their New York City stop and had to move their Vancouver concert to a larger venue after fans quickly scooped up tickets. The Gaslamp Killer, Gangsta Boo, Nick Hook and Cuz join Run the Jewels on the tour.

American singer-songwriter Dierks Bentley is coming to as part of his latest tour. The singer, who in 2003 signed to Capitol Nashville, has two certified platinum albums.Bentley’s eighth and latest album, entitled Black was released in May 2016.

Reel Big Fish and Anti-Flag celebrate 20 years with special guests BALLYHOO! and PKEW PKEW PKEW at the Commodore. Reel Big Fish was one of the legions of Southern California ska-punk bands to edge into the mainstream following the mid-’90s success of No Doubt and Sublime. Like most of their peers, the band was distinguished by their hyperkinetic stage shows, juvenile humour, ironic covers of new wave pop songs, and metallic shards of ska.

The Atlanta R&B quartet is in town and will be sure to bring the throwback hits like “Peaches & Cream” and “Only You.”

Hailing from Stockholm, Sweden, LÉON is the daughter of two musicians, and it shows in her talent. In 2015, she released her debut EP, Treasure and has since been chosen as the Spotify Spotlight Artist To Watch in 2016.

Stephen Bruner aka Thundercat is a jazz fusion, electronic, psychedelic, bass guitarist, producer, and singer hailing from Los Angeles. With three solo albums, Thundercat has carved out his own unique sound with a psychedelic touch.

Carl Craig is a Detroit-based producer of techno music and is considered to be one of the biggest names in the Detroit second generation of techno producers and DJs.

Canadian indie rock group Wolf Parade of Montreal formed in 2003. The band went on an indefinite hiatus in 2011 but returned to the scene in 2016.

South African comedian and The Daily Show host Trevor Noah is coming to Vancouver. The late-night host began contributing to The Daily Show back in 2014, and when Jon Stewart left, Noah famously took on his role in 2015. Noah is currently on the road promoting his book, Born A Crime and is participating in JFL Northwest.

Michael Joseph Nelson aka Banners hails from Liverpool. He released his debut single “Ghosts” in 2015 had has since topped charts and made his way to the Spotify Spotlight list.

After his sold-out show in Vancouver earlier this year, Vince Staples returns to our city on February 28 at The Vogue Theatre. Staples begins his six-week “The Life Aquatic Tour” in February, marking his first major headlining North American tour.